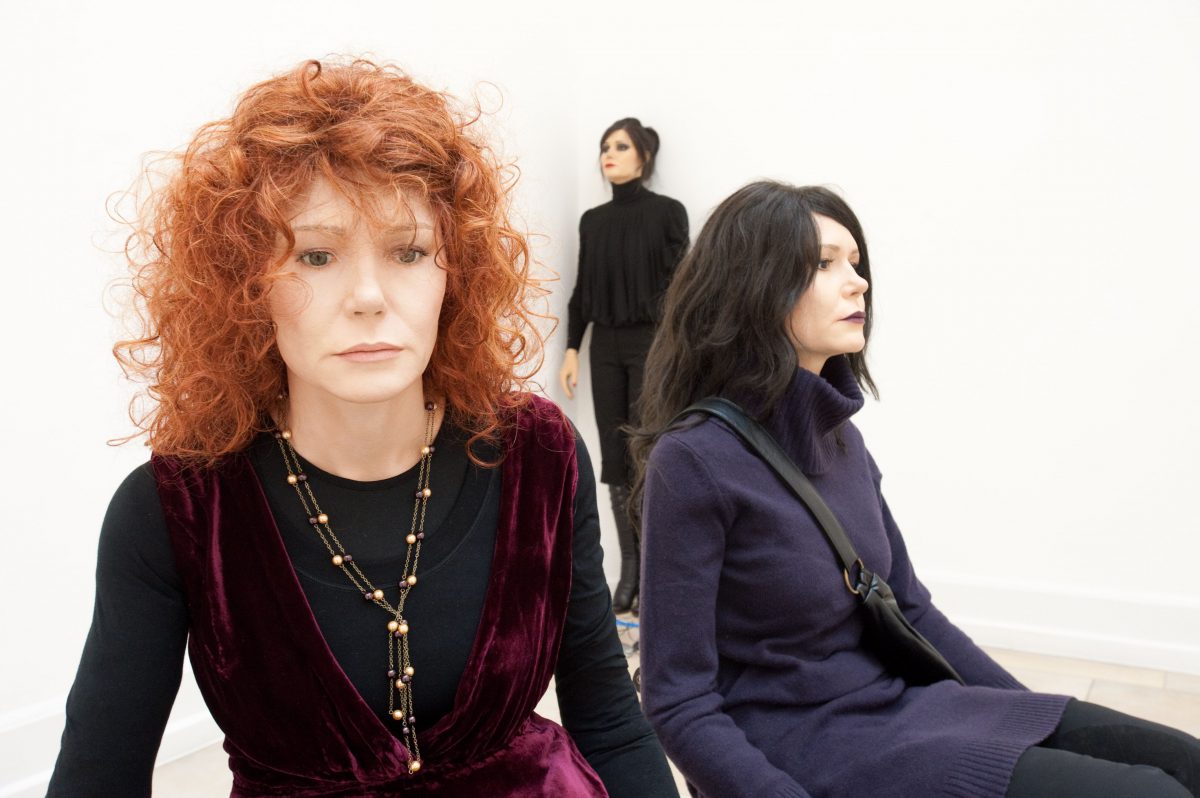 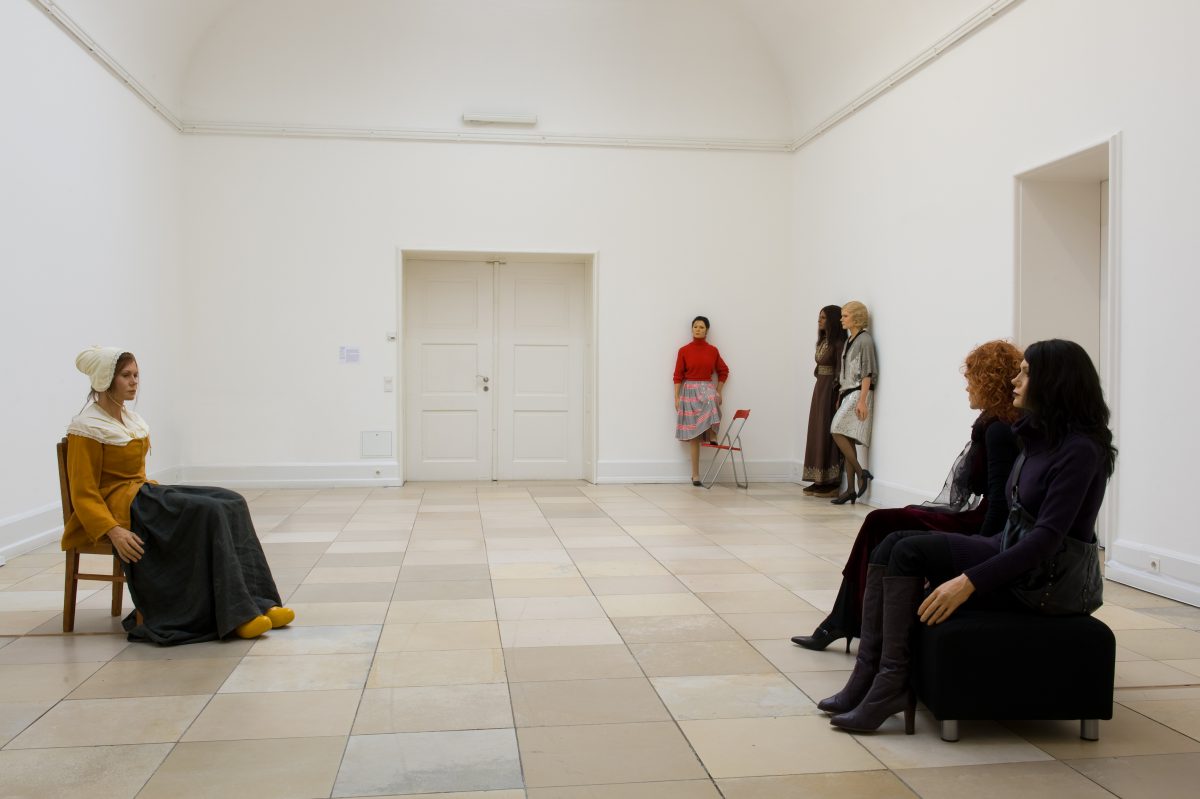 Mathilde ter Heijne’s work often challenges attributes that patriarchal social structures have assigned to gender categories over the centuries. The sound sculptures F.F.A.L. (Fake Female Artist Life, 2003–ongoing) explore various artist identities as female-identified within this framework. In using life-size figures, Ter Heijne lends a body and her voice to various fictional or historical artists to make them visible and give them a contemporaneity. The personalities and their utterances are conveyed to the viewer via a recorded soundtrack that is transmitted by speakers in their heads. While some of the artist biographies (like that of Dutch copper engraver Geertruydt Roghman) have historical roots, others are purely fictional, as in the case of artists Elvire Goulot, Elaine Risley and Ueno Otoko, or Madonna from the novel Shanghai Baby by Chinese writer Zhou Weihui.