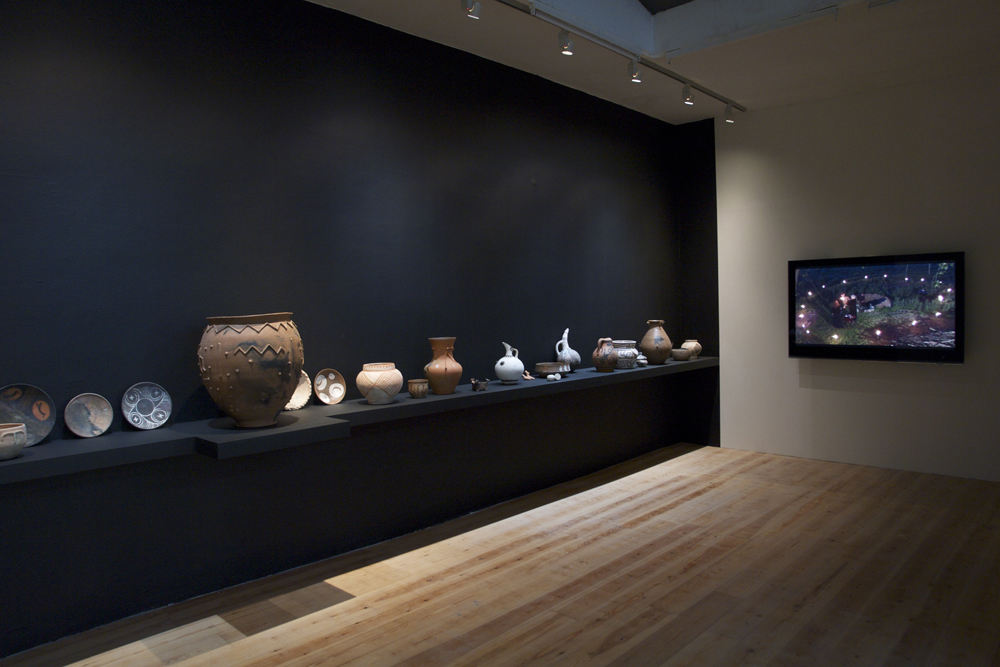 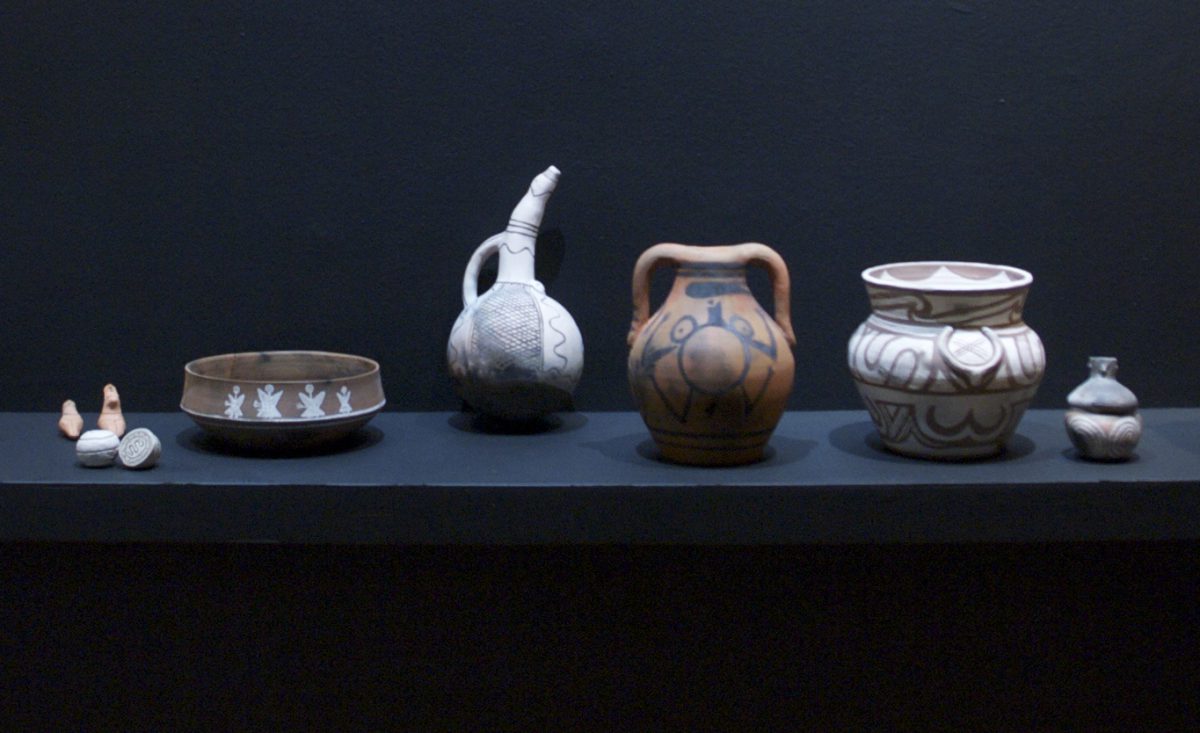 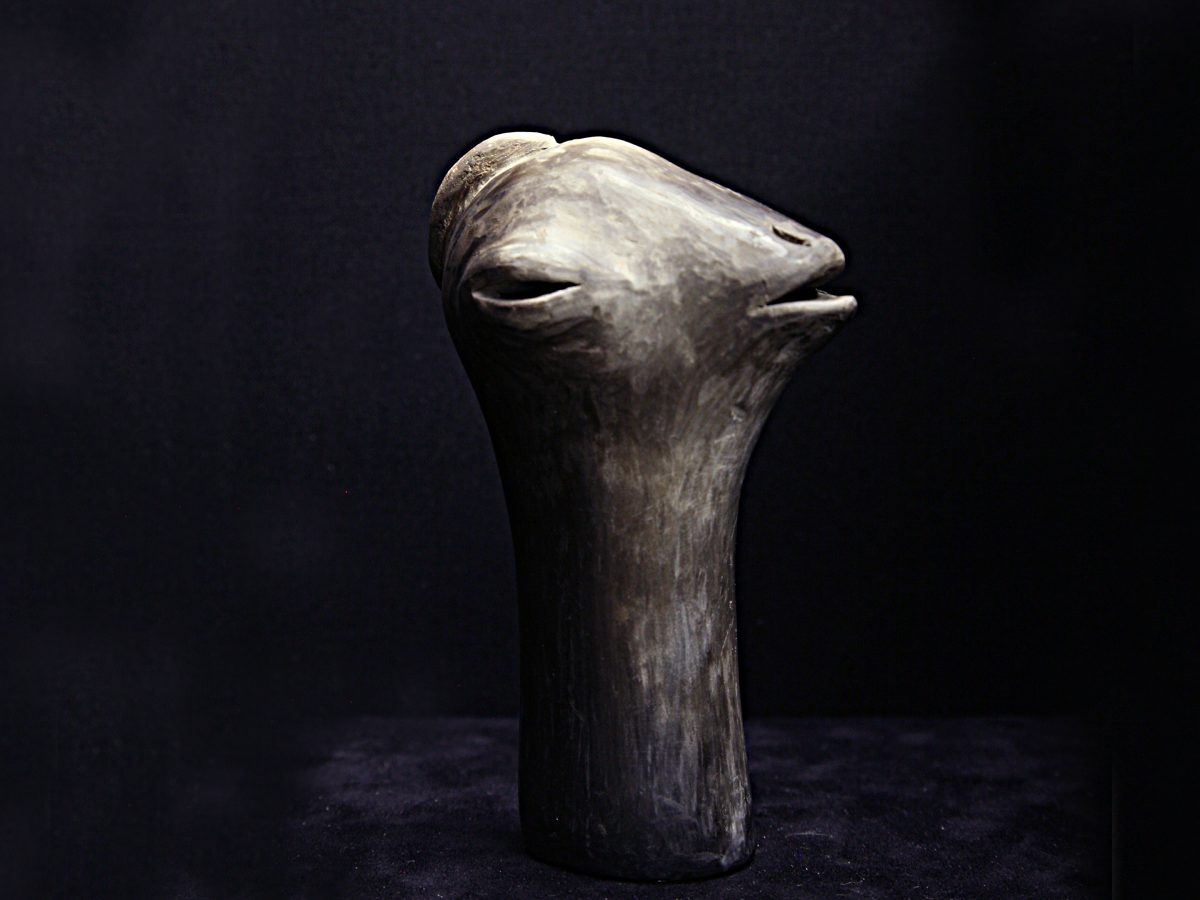 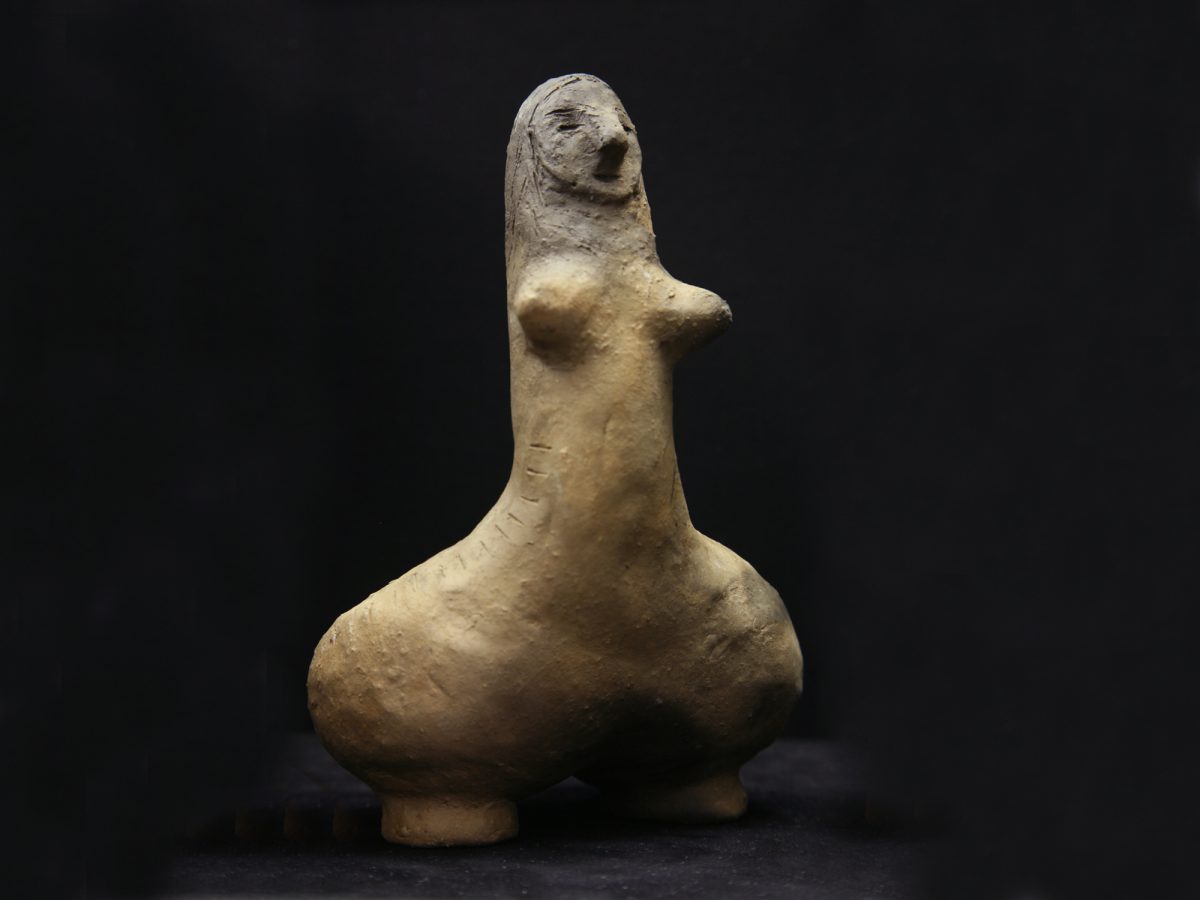 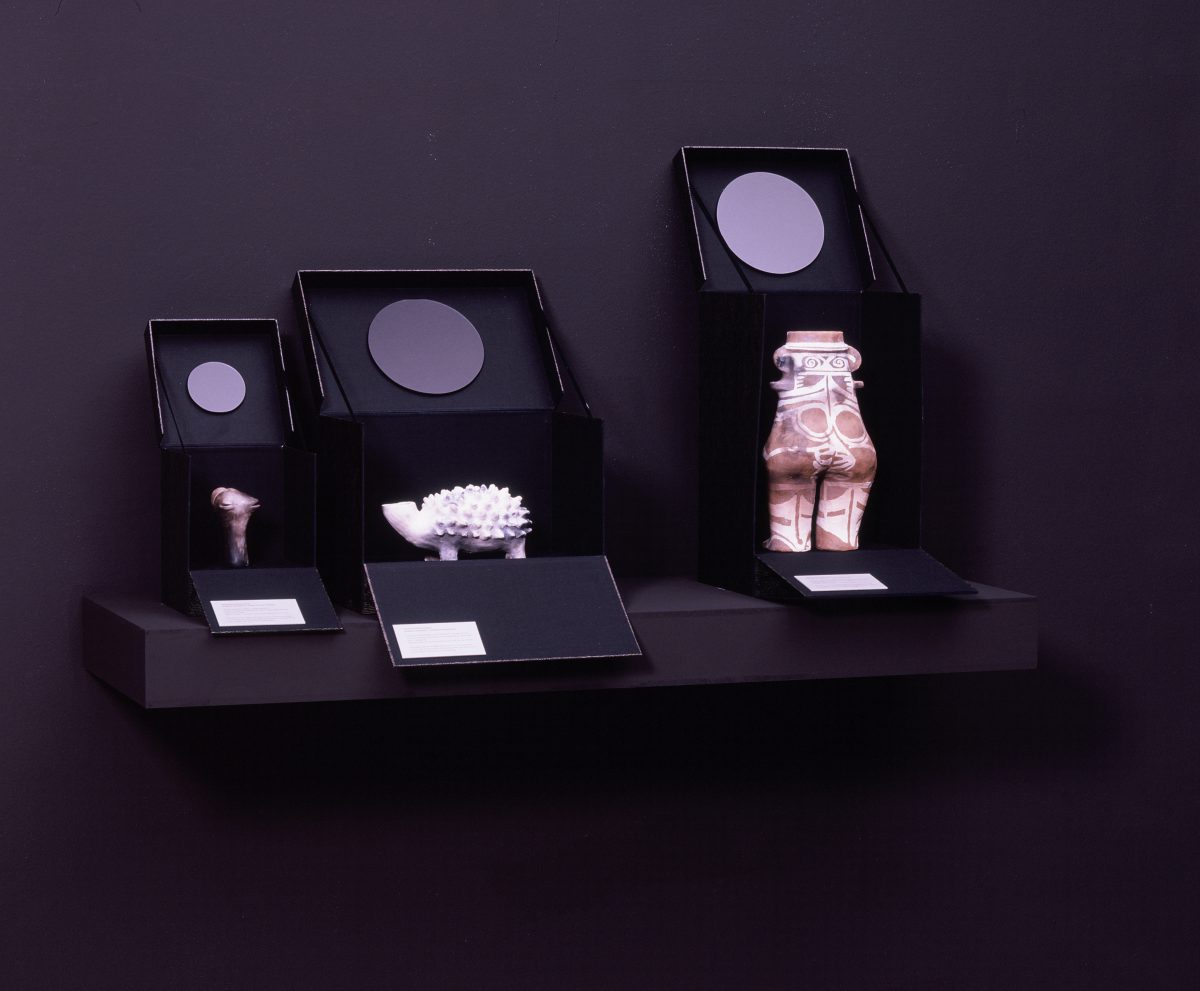 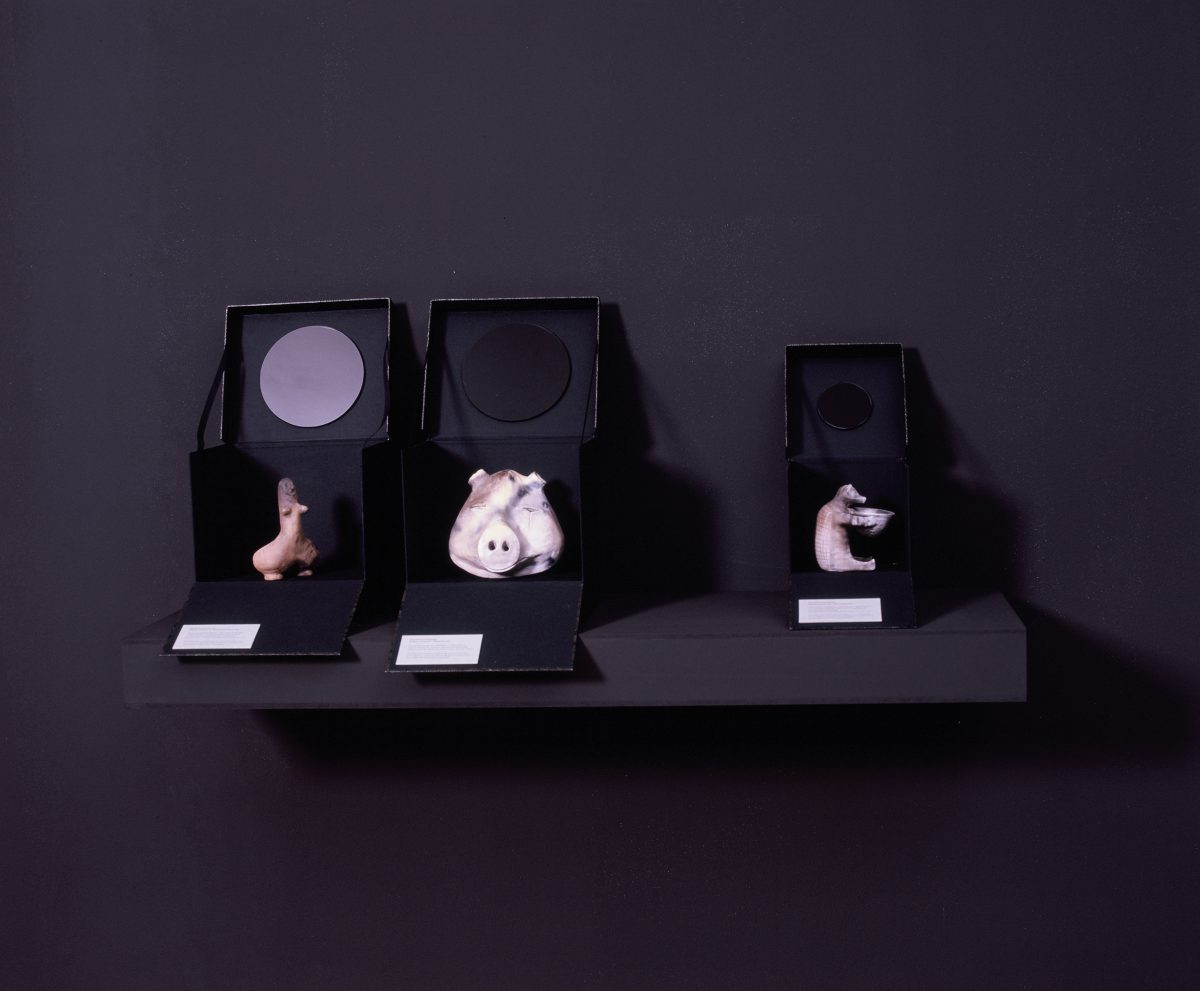 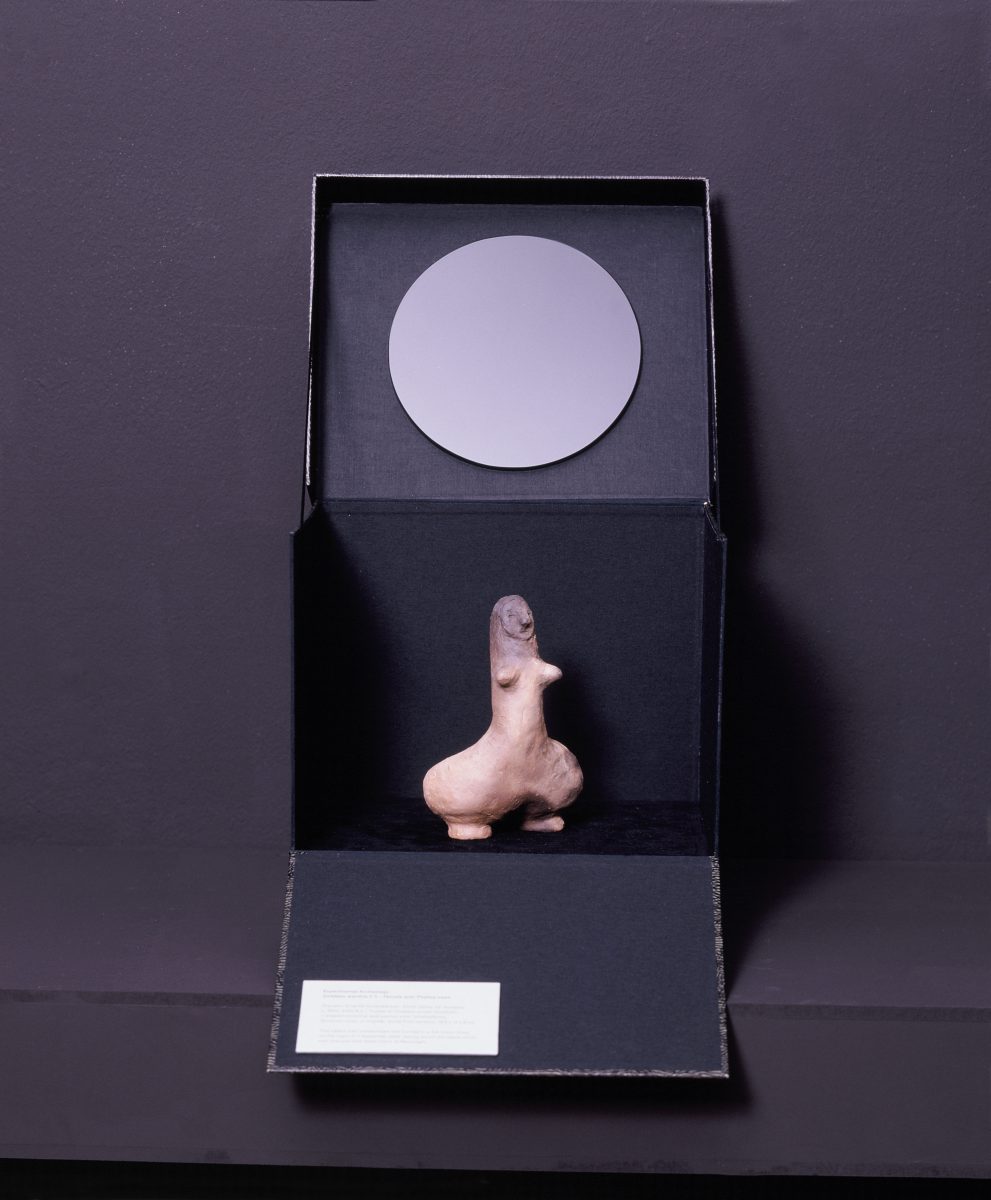 Goddess Worship was created as part of Experimental Archeology, a larger cycle of reenactment projects. For it, Ter Heijne reconstructed select archaeological artefacts from Marija Gimbuta’s book The Language of the Goddess: Unearthing the Hidden Symbols of Western Civilization. The Lithuanian-American archaeologist analyzed patterns and symbols carved into prehistoric objects, adding new insights from the fields of archeology, mythology, and linguistic ethnography to prove that a language of female divinity also permeates Western culture as a whole. To enhance the authentic “aura” of these rebuilt objects and emulate the originals, Ter Heijne used an archaic wood-burning method to fire the ceramic reconstructions during several full moon healing rituals. Some of the objects were given specially-made portable altars as well. Each of the black boxes contains a short text about the original artifact along with a black magic mirror that can be used for fortune telling.