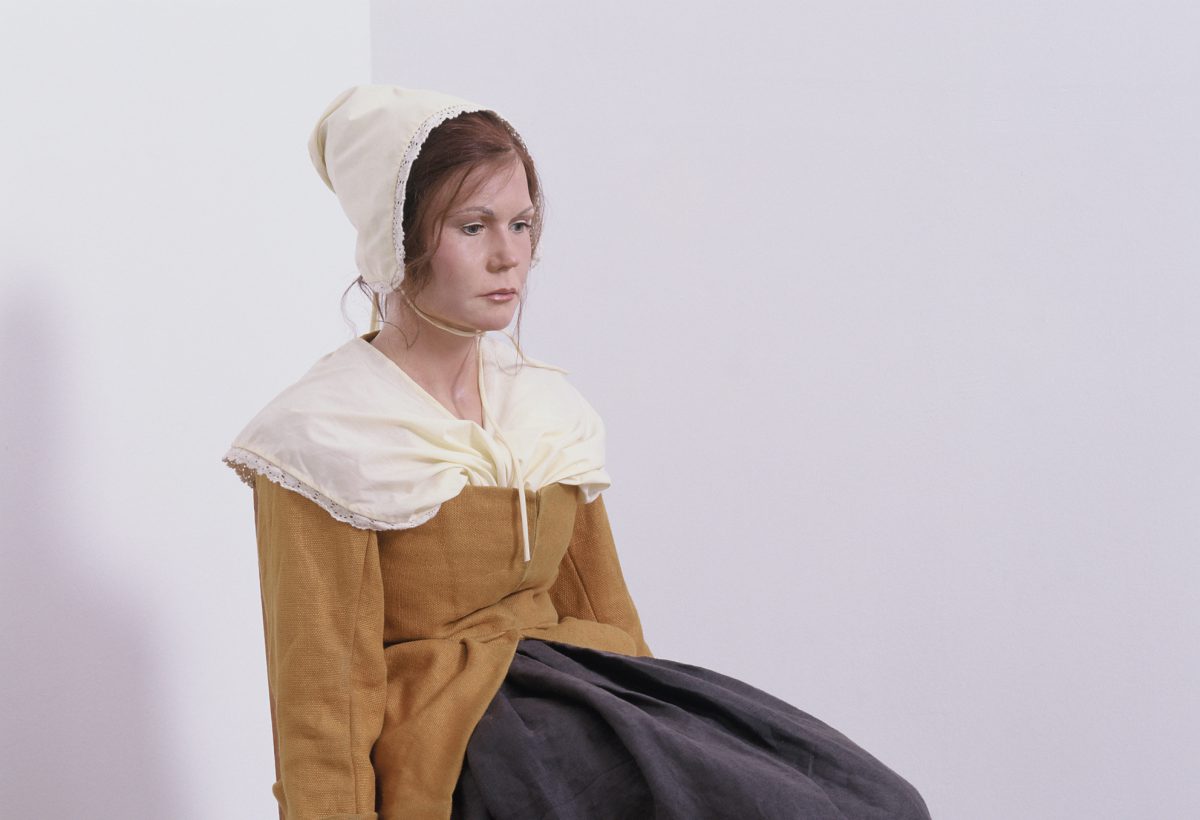 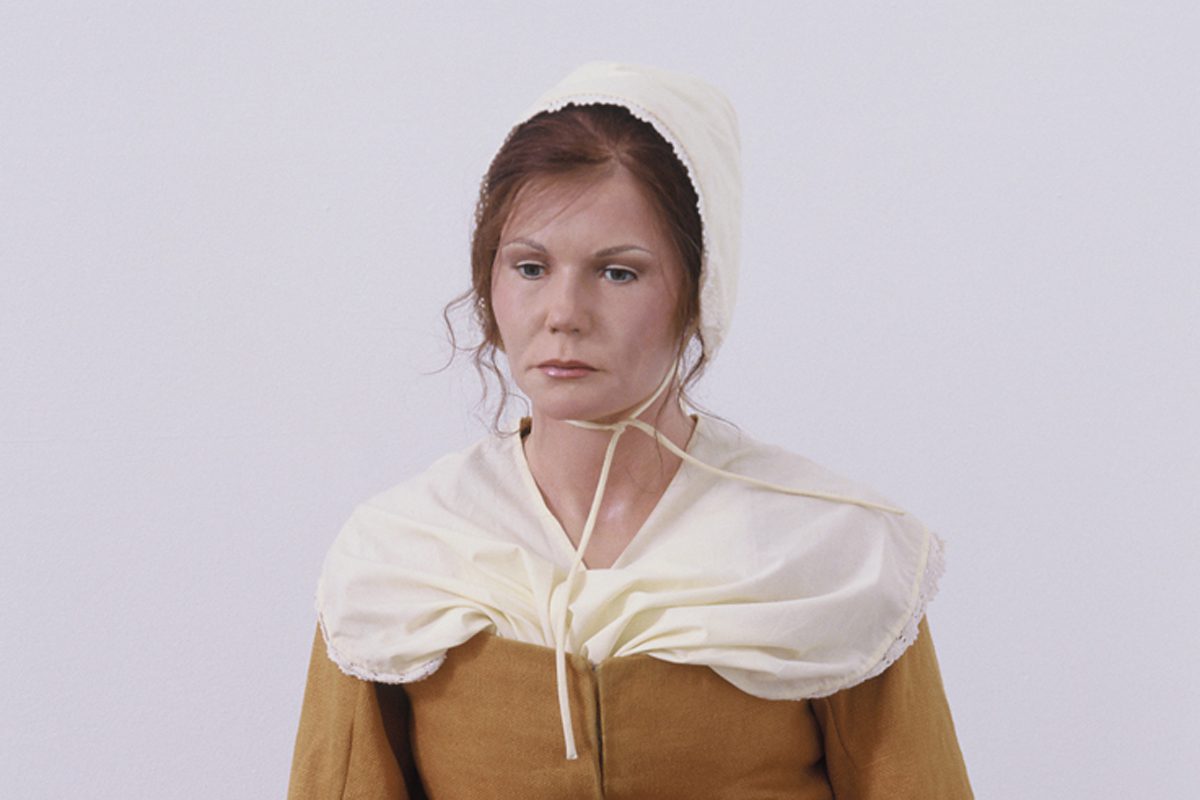 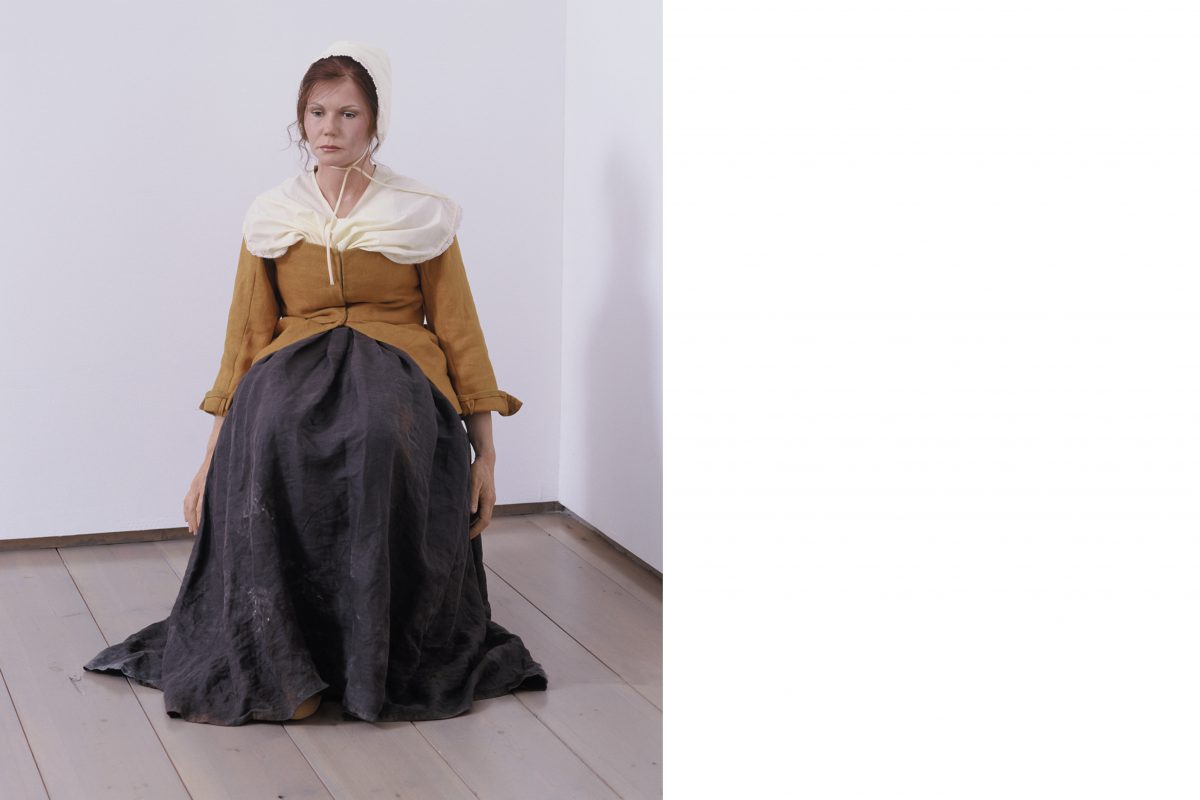 For Fake Female Artist Life # 4, Mathilde ter Heijne used a mannequin double of herself to portray little-known Dutch copper engraver Geertruydt Roghman (Amsterdam, 1602-1657), an artist who has only recently been acknowledged in the history of Dutch art after being rediscovered in the context of gender studies. Besides her usual commissioned work, Roghman created her own series of etchings of women doing housework. The etchings show five activities typical of females at time and give the female perspective of a particular genre; the extraordinary iconography of the self-engraved etchings made them incredibly popular, and they sold well throughout the latter half of the 17th and early 18th centuries. The dummy sings a poem by Maria Tesselschade Roemers Visscher (1594-1649), whose literary work was almost completely forgotten until L. Strengholt’s 1987 revaluation.

Maria Tesselschade Roemers Visscher (1594-1649) was probably the most well known woman of the Netherlands in the 17th century. Notable, because she was the charming friend of some of the most famous men in the literary circles of those days. As a poet she never gained broad public attention. Since 1918 most of her works have been published.
The preceding song by Tesselschade Roemers was included in several seventeenth century songbooks. ‘De Min’ in the poem ist the Dutch version of the Latin Amor or Cupido. He is mostly depicted as a little naked boy whith wings and a bow and arrow, who follows the commands of his mother Venus. He makes people fall in love, by shooting his arrows thought the eyes of his victims, in their hearts. In the Renaissance Venus and Cupido were a popular theme.
Probably because of the influence of the Italian neoplatonisten the division between two kinds of love, proposed by Plato; The higher, immaterial love, and the lower, sensual love, became ‘en vogue’ again. The moral lesson is not so important in this lovesong, Cupido functions more as an illustration of the forces and feelings of love. The poetress portrays love as a fire that burns in the heart, that is impossible to extinguish and that tastes bitter and sweet at the same time. One cannot escape the power of Cupido.
Typical in this lovepoem is that traditionally, the me, confused by love, would be a man. The common idea in those days about the position of a man and woman in front of the power of love, is that he is the victim, the slave of love that surrenders to the powerfull female enchanter, who seems untouched by love.