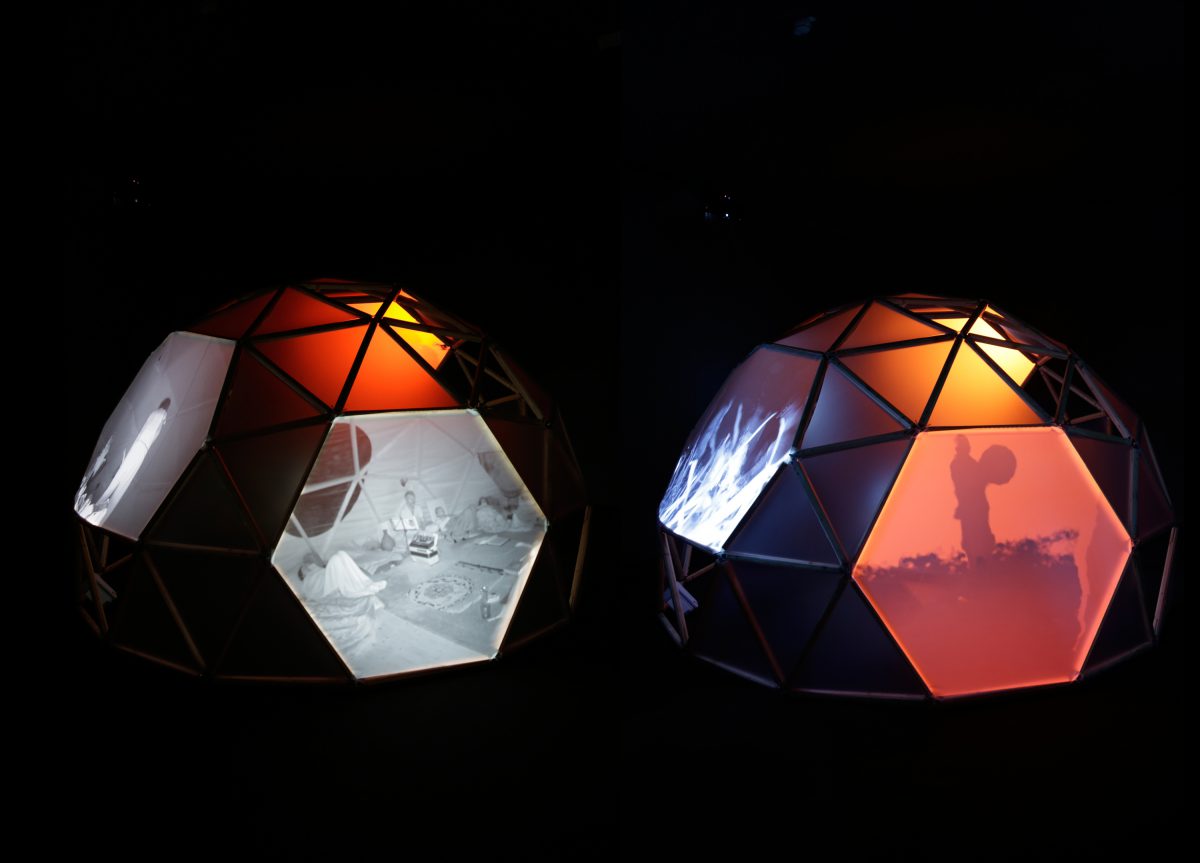 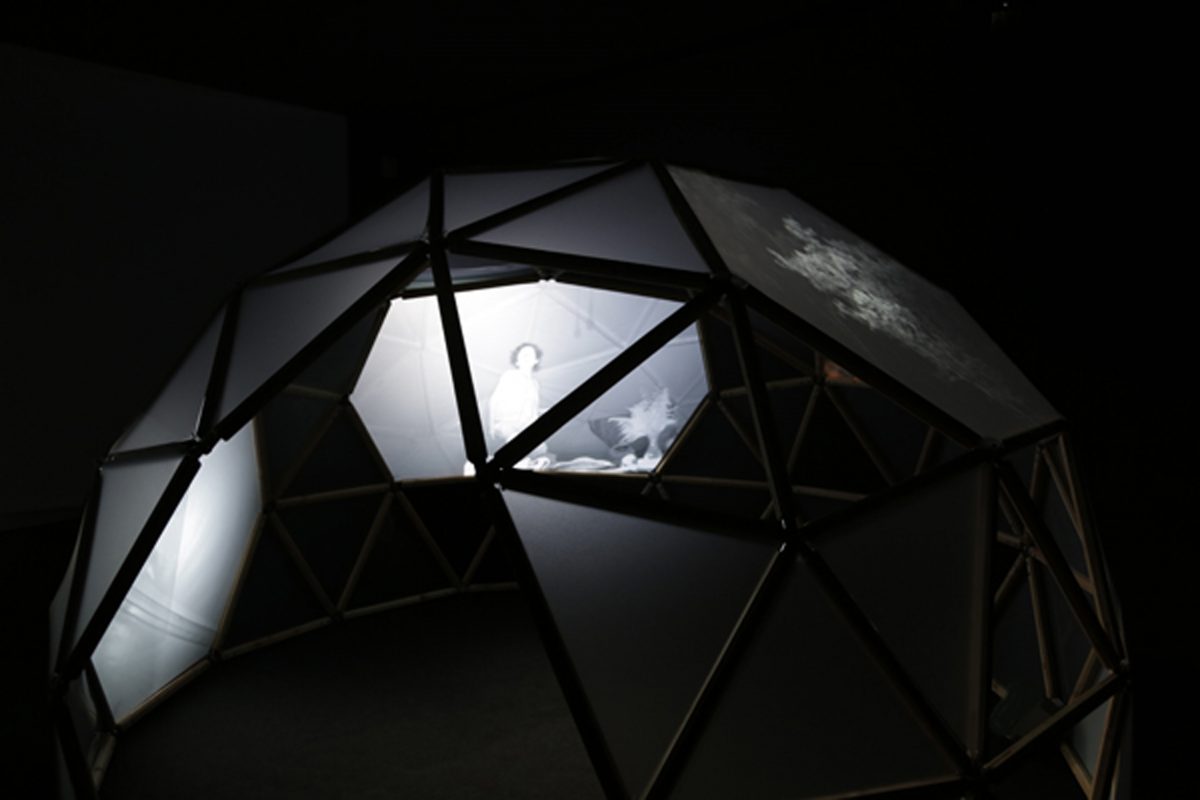 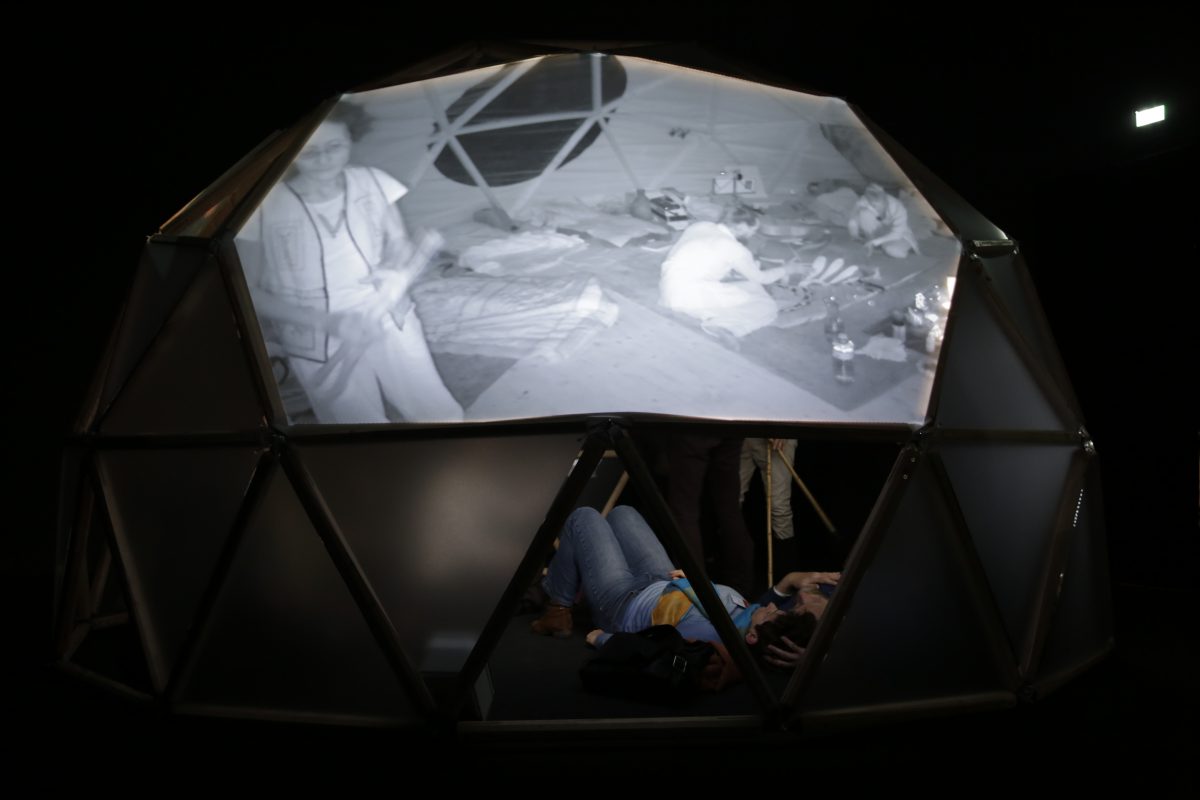 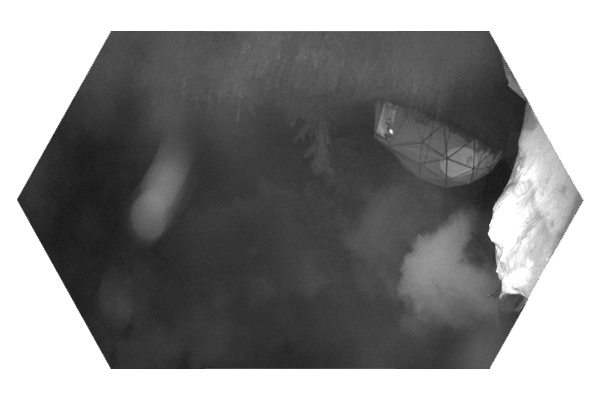 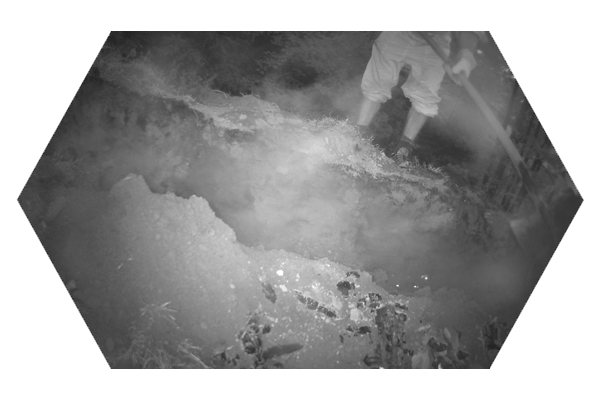 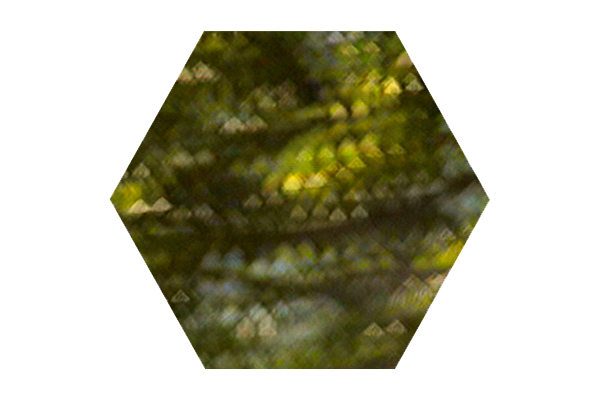 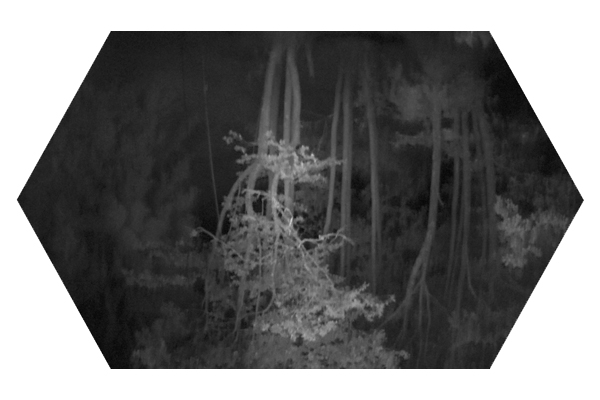 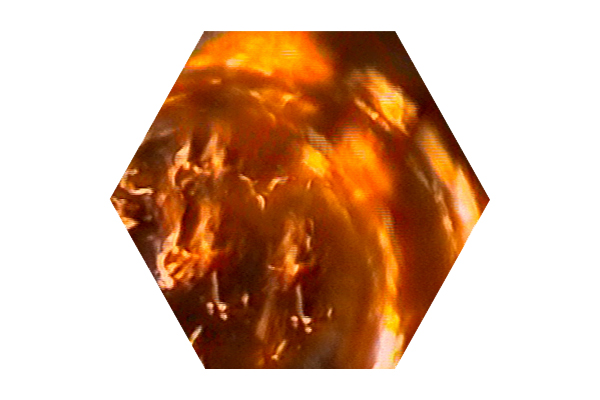 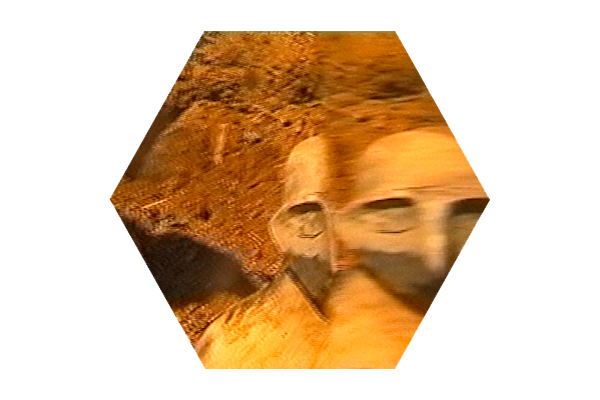 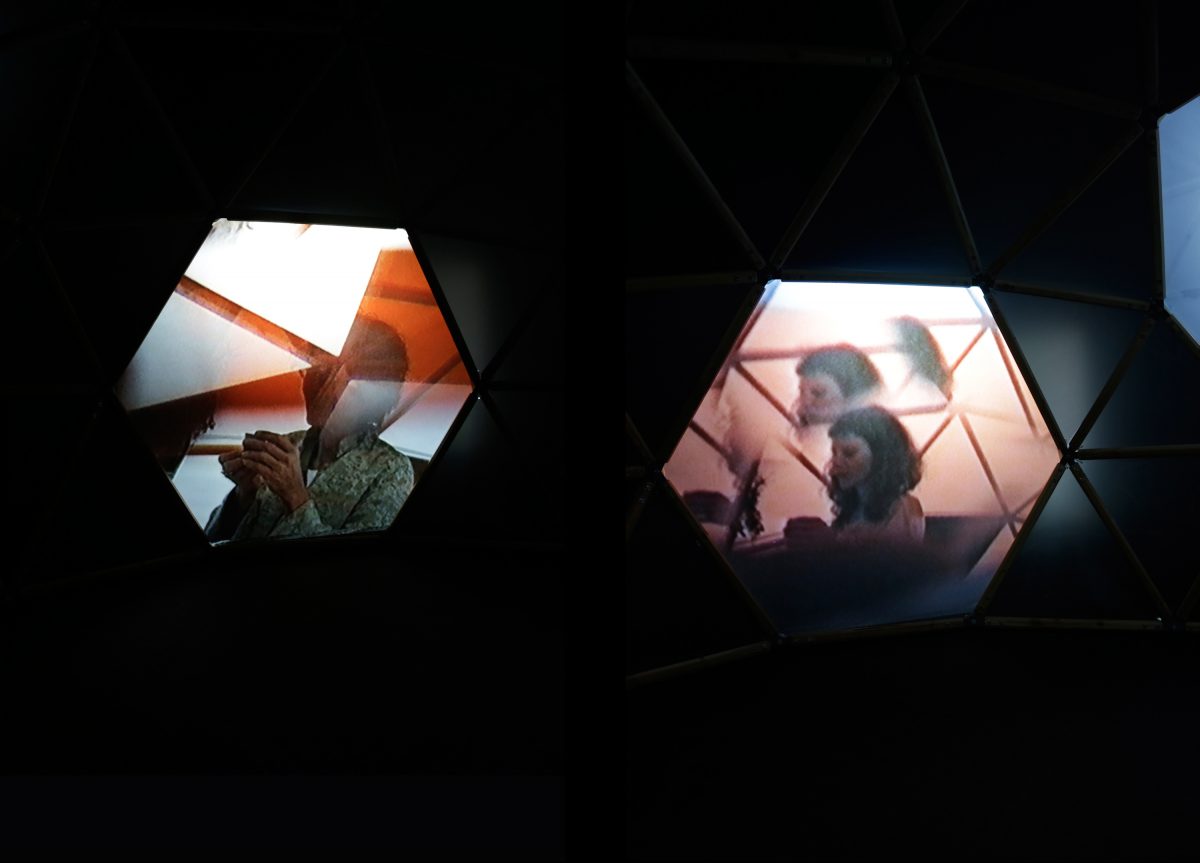 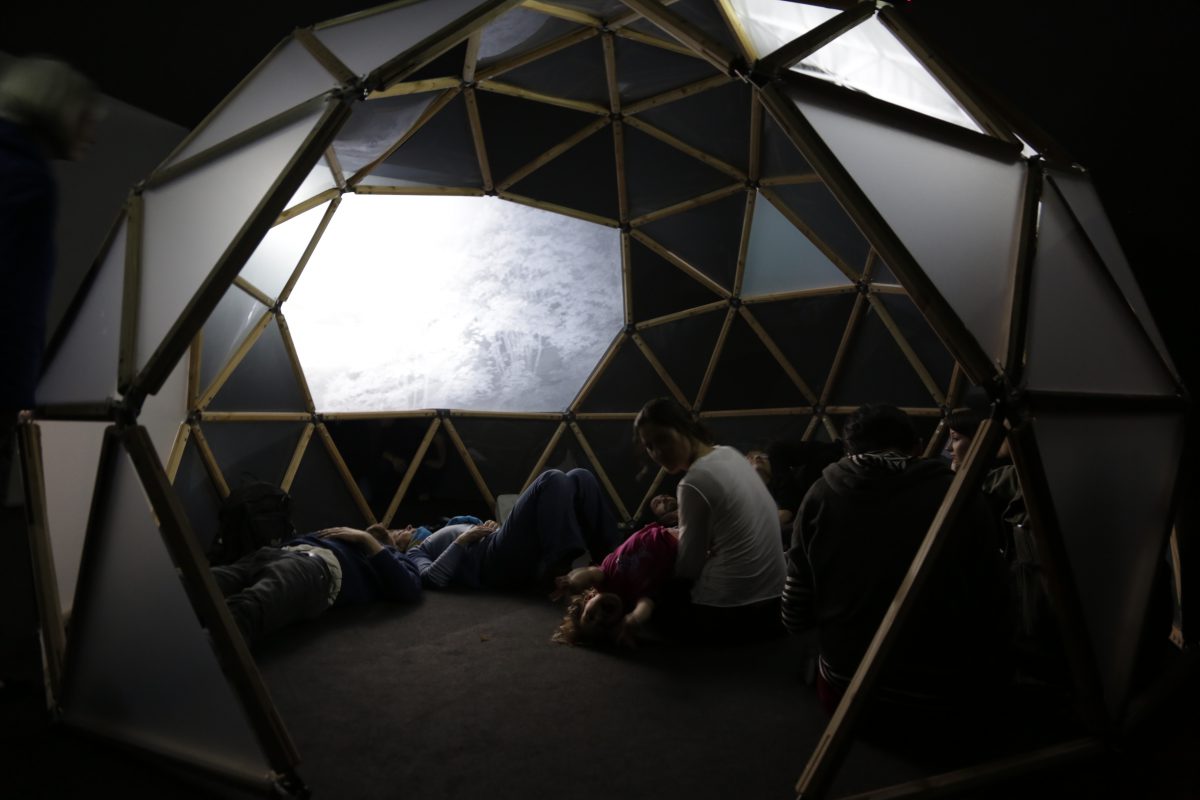 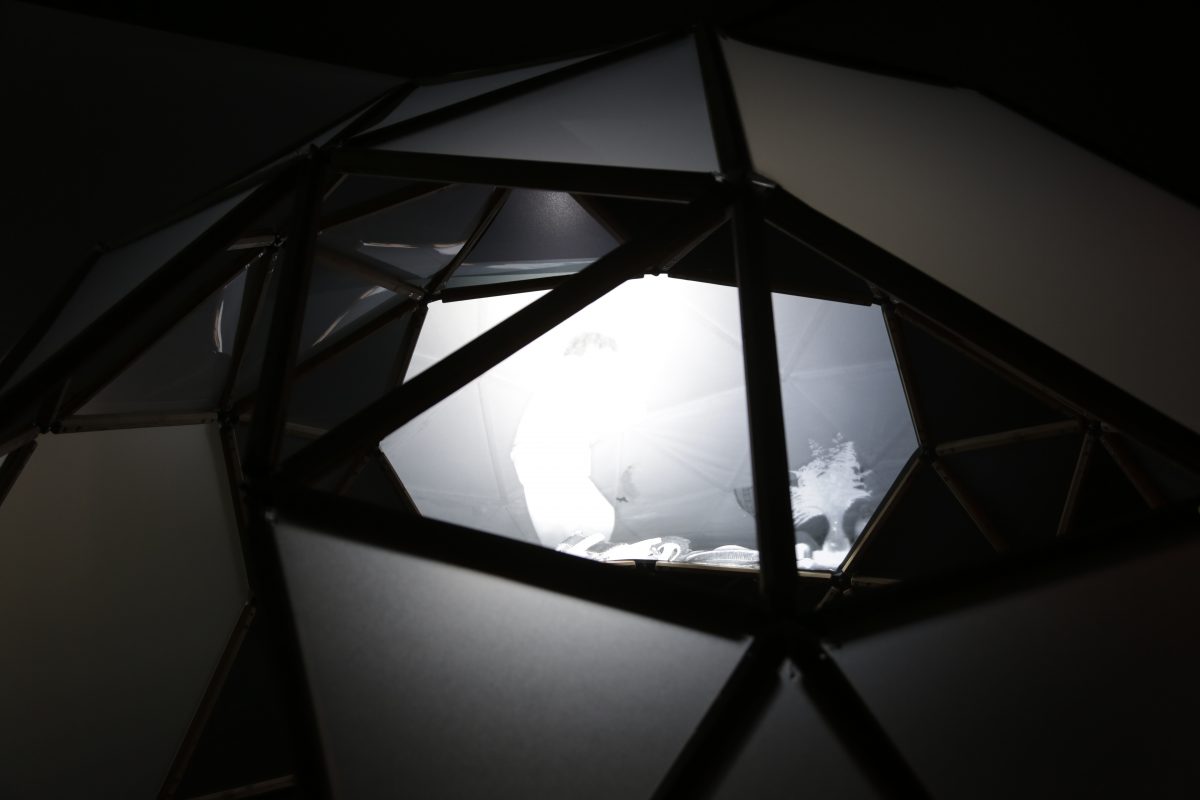 Part of the Experimental Archeology cycle, material for The Space Beyond All Illusions was gathered during a three-day, full moon ritual held in the Black Forest in the summer of 2014. A group of shamans and low-temperature ceramics specialists participated in the ritual firing of a number of large, ceramic figures in wood burning kilns, a process accompanied by several ayahuasca ceremonies. Rather than provide a documentary record, footage for the video installation uses special cameras and unusual imaging techniques to create a very subjective rendering of the psychedelic plant’s effects and activities performed in the ritual. A remote-controlled infrared camera generated random pictures of the events while a Kinect device from the Playstation Xbox Console recorded only interactive data, emphasizing the invisible or things that happen beyond what we can see with our eyes. Other visual tools included VHS cameras from the early 1980s, which were fitted with various prism lenses for a distorting effect.