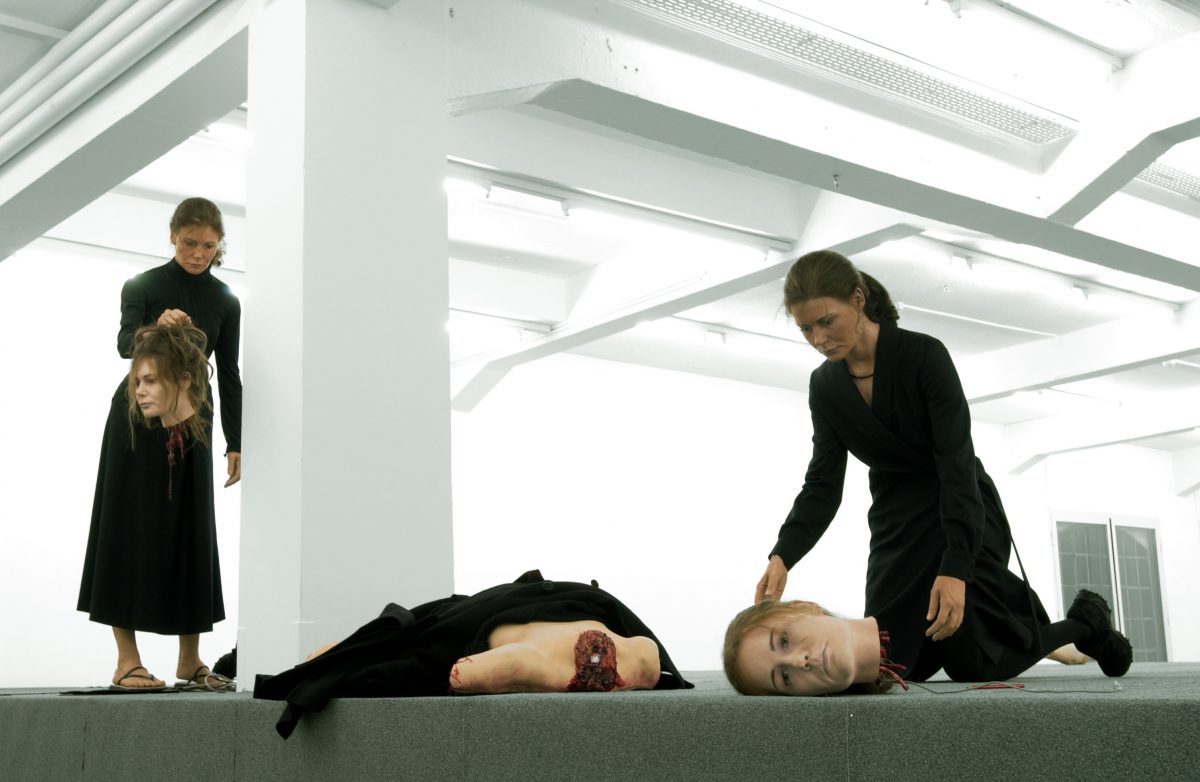 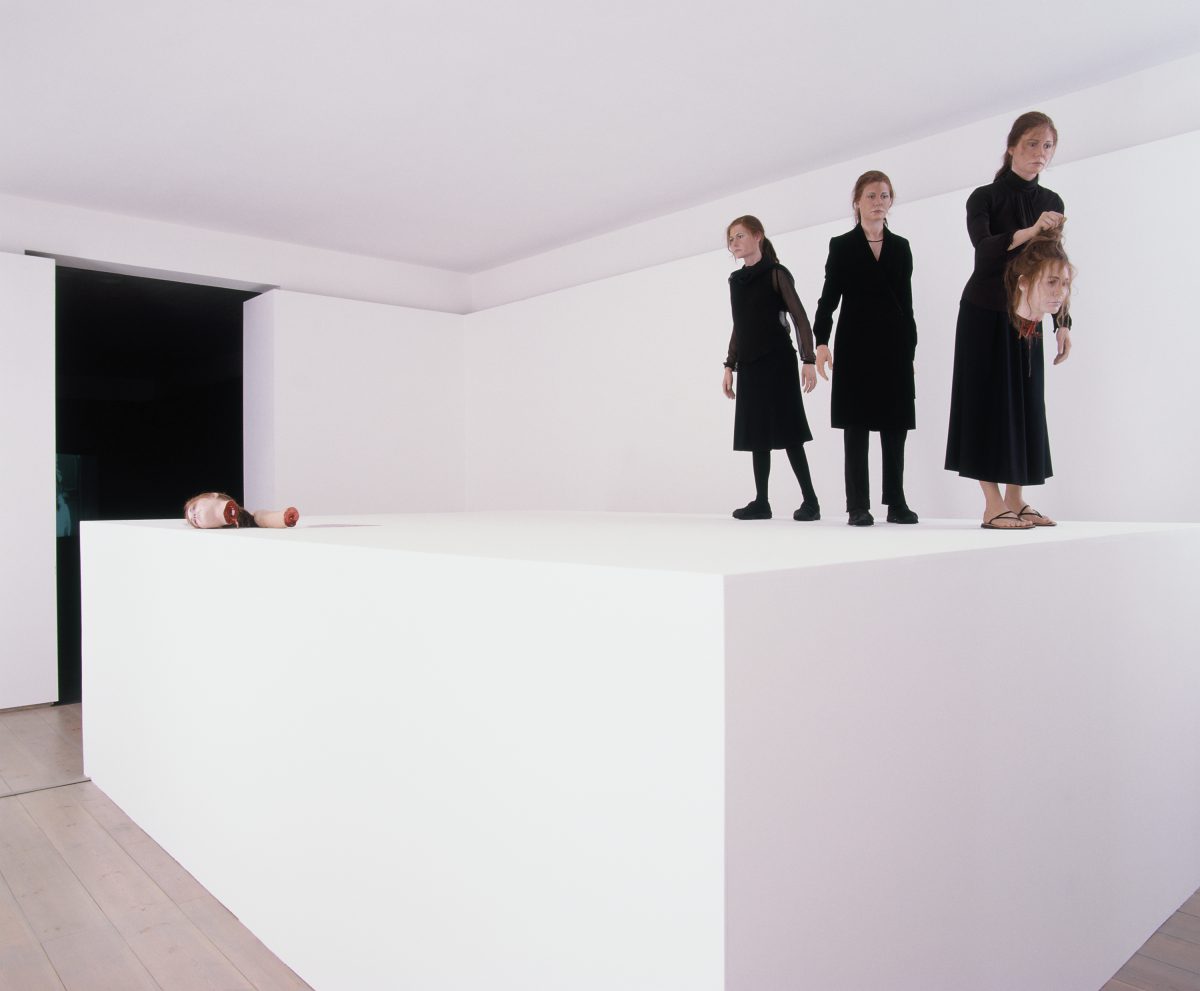 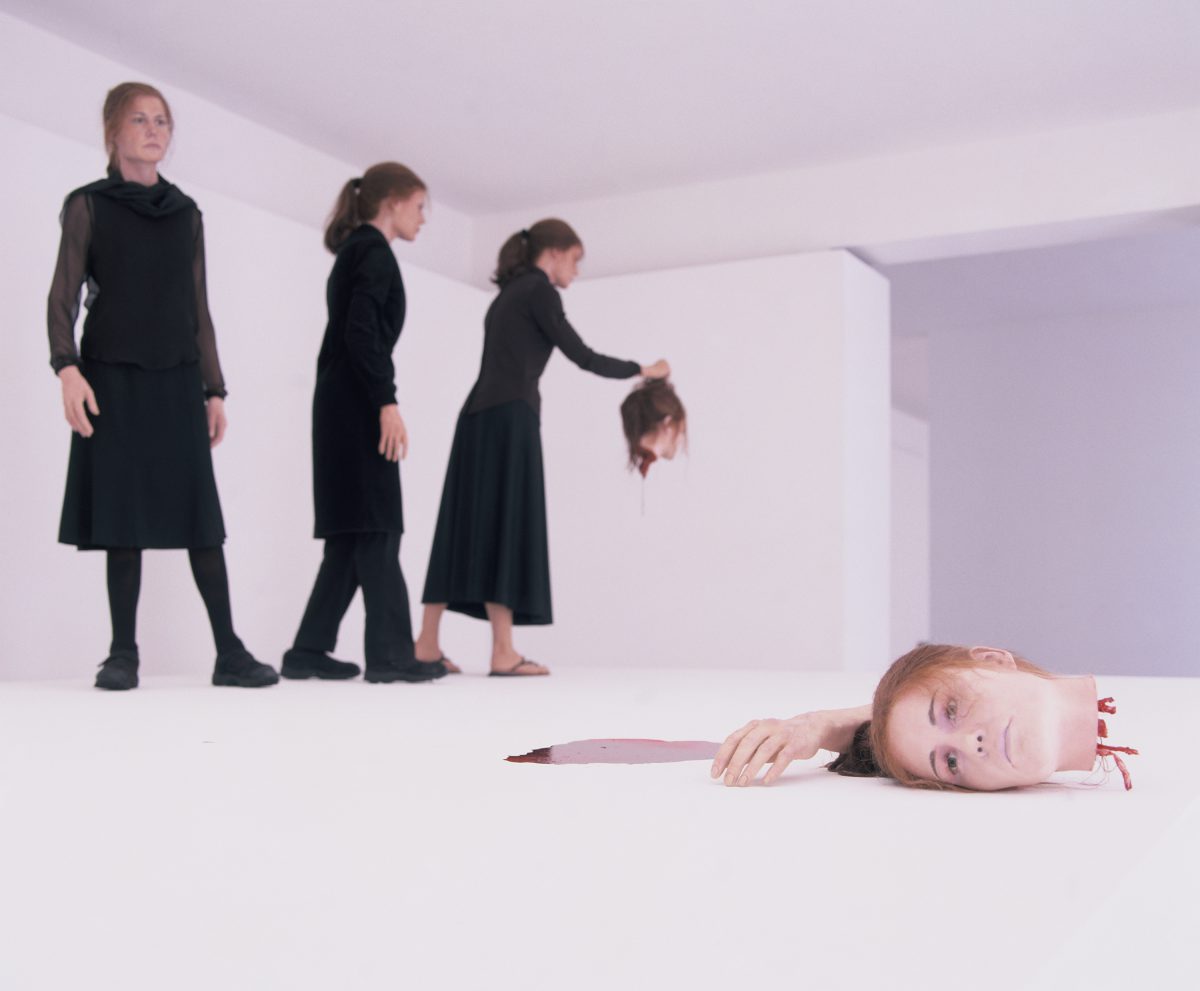 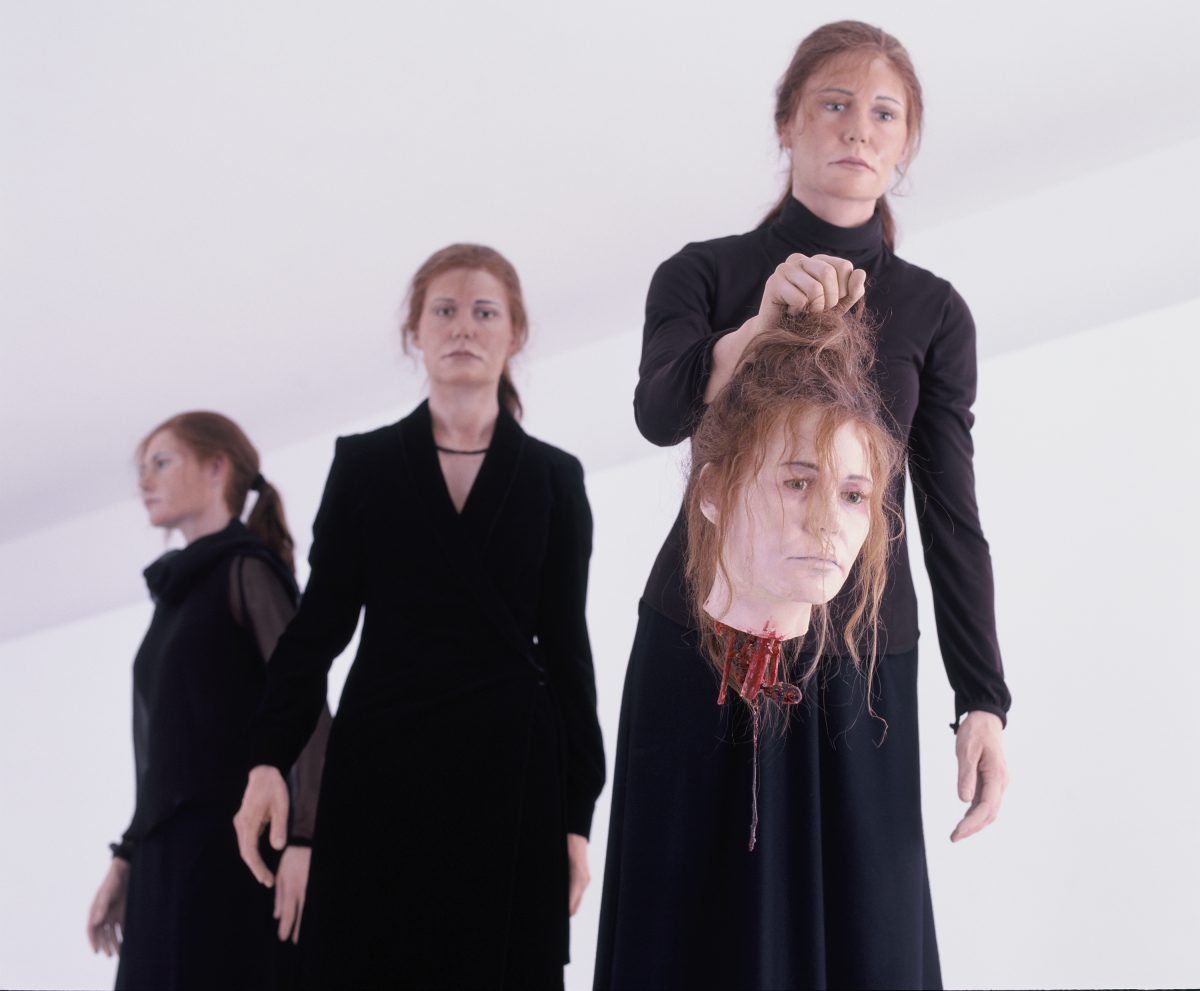 Menschen Opfern (Human Sacrifice) confronts the visitor upon entry: five figures, all doubles of the artist herself, are grouped on a raised platform. The scenario of mutilated bodies bears connotations with the ritualistic sacrifice of human beings as practiced in Ancient Greece, or possibly a Greek theatre stage on which these rituals were “re-enacted” in form of the Greek tragedy. In fact, the scene is based on the tragedy Iphigenia on Taurus written by the dramatist Euripides in ca. 450 B.C. Faced with the threat of being sacrificed by her father Agamemnon, in order to appease the goddess Artemis, the character of Iphigenia has become not only a symbol of victimization and sacrifice within a patriarchal society; as Iphigenia is rescued by Artemis herself to become one of her high priestesses, she also characterizes the emancipation from male dominance. Based on the Baroque composer Christoph Willibald Gluck’s opera Iphigénie en Tauride of 1779, the artist is recorded singing the chorus of Diana’s priestesses from act four, scene two, in which the virgin priestesses, with a sacrificial victim in their midst, ask for the goddess’ forgiveness.