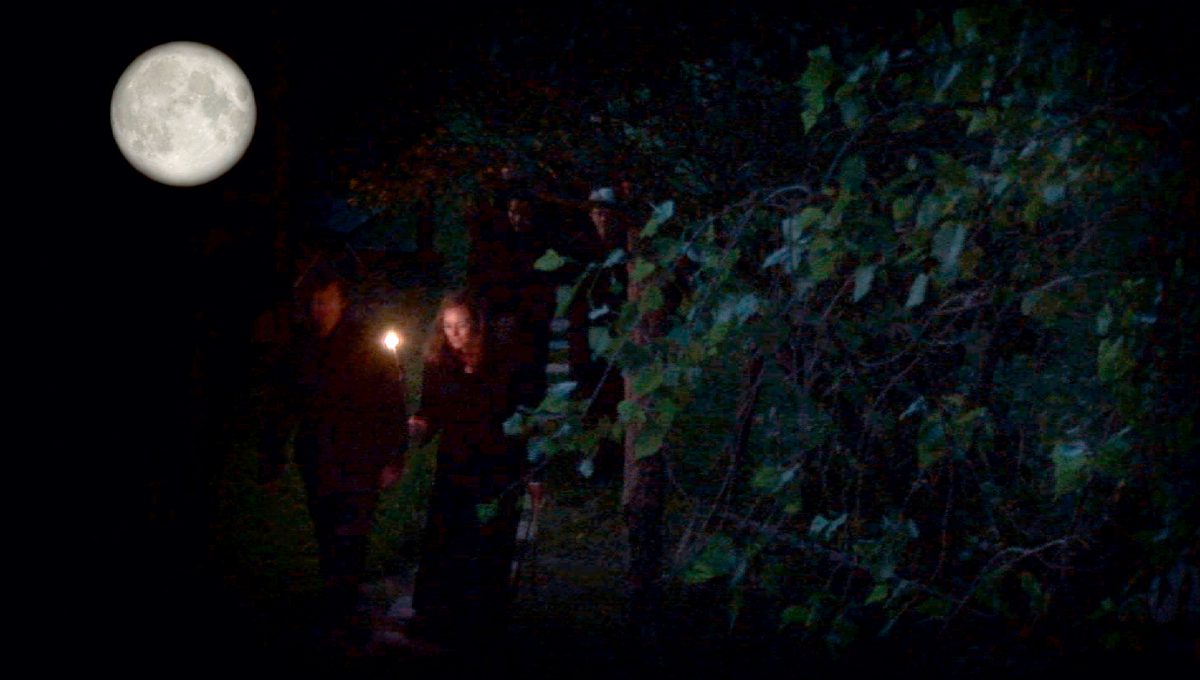 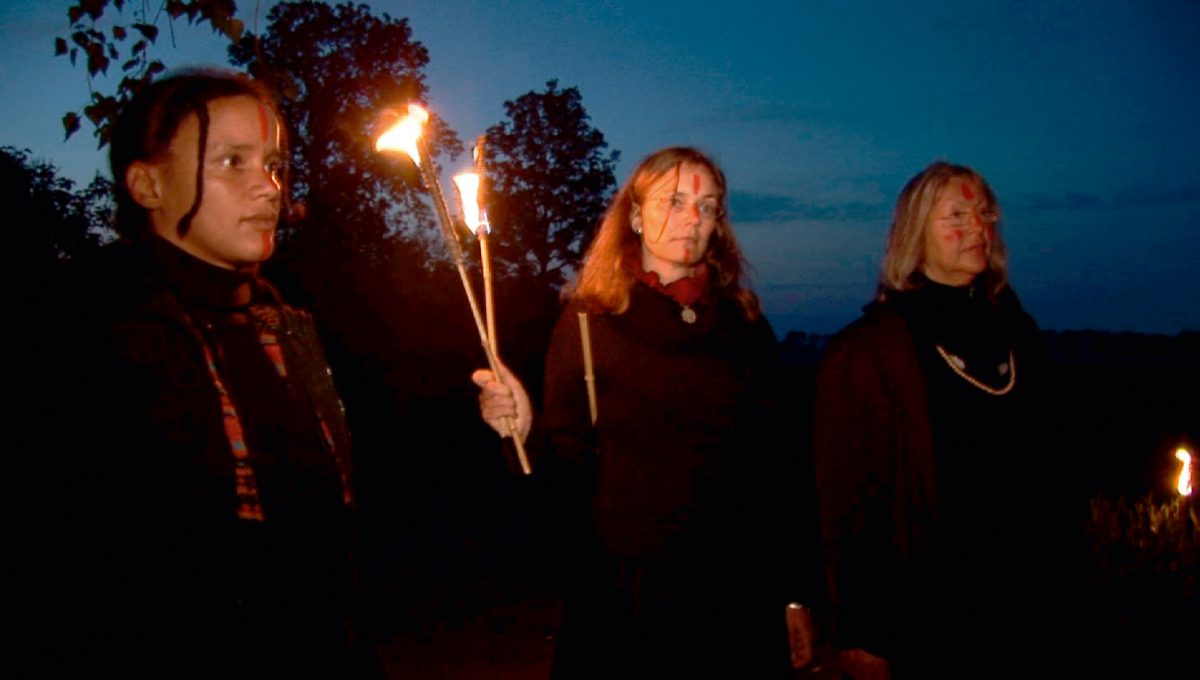 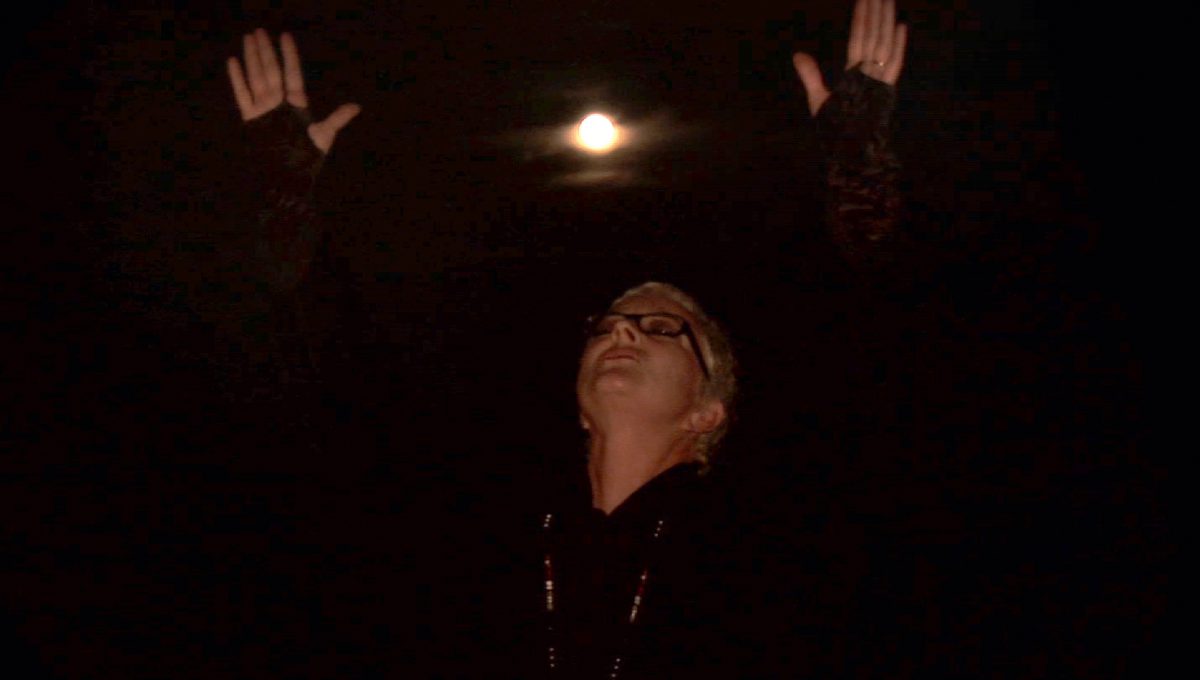 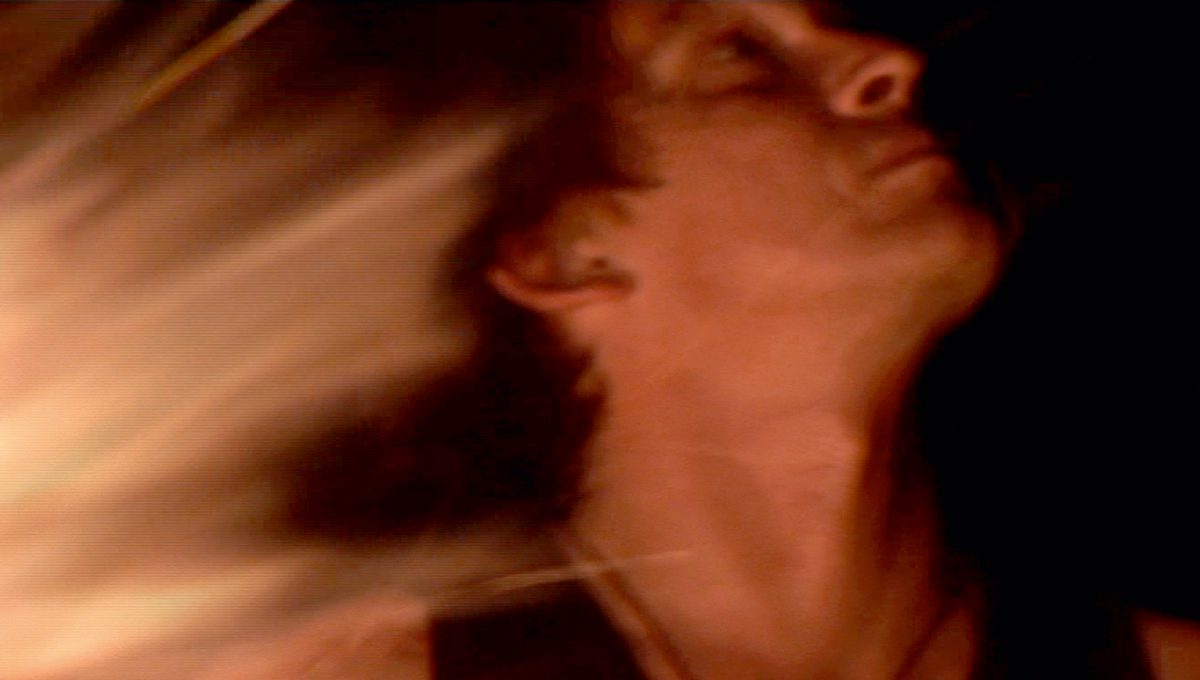 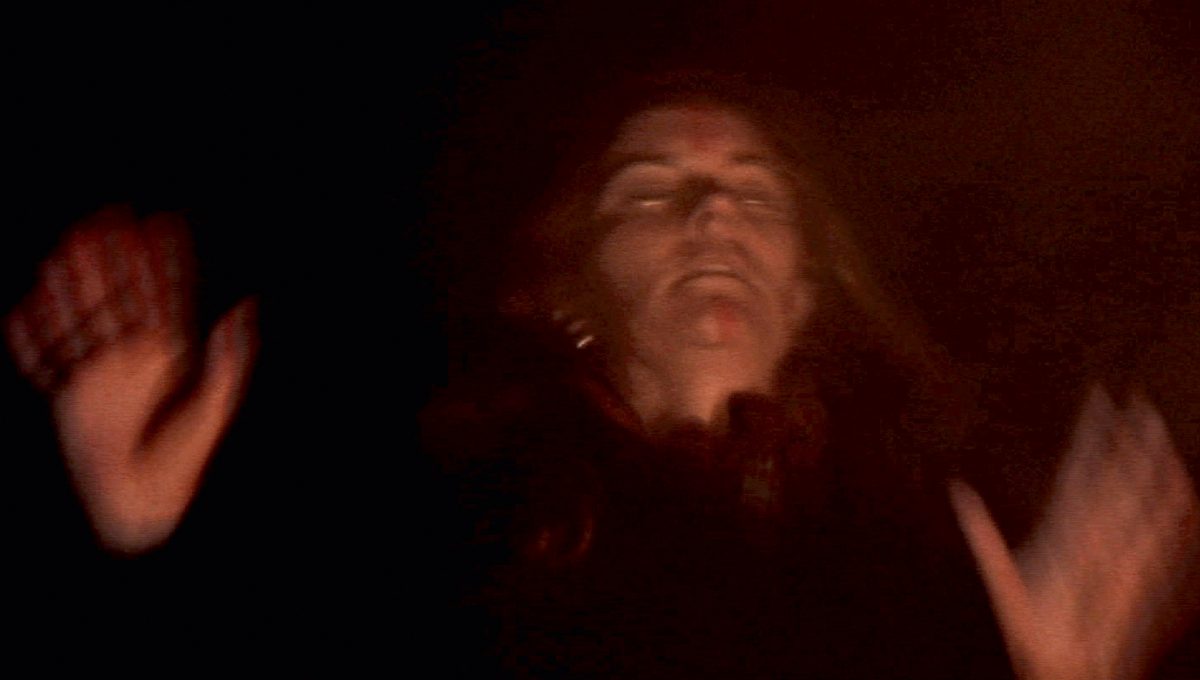 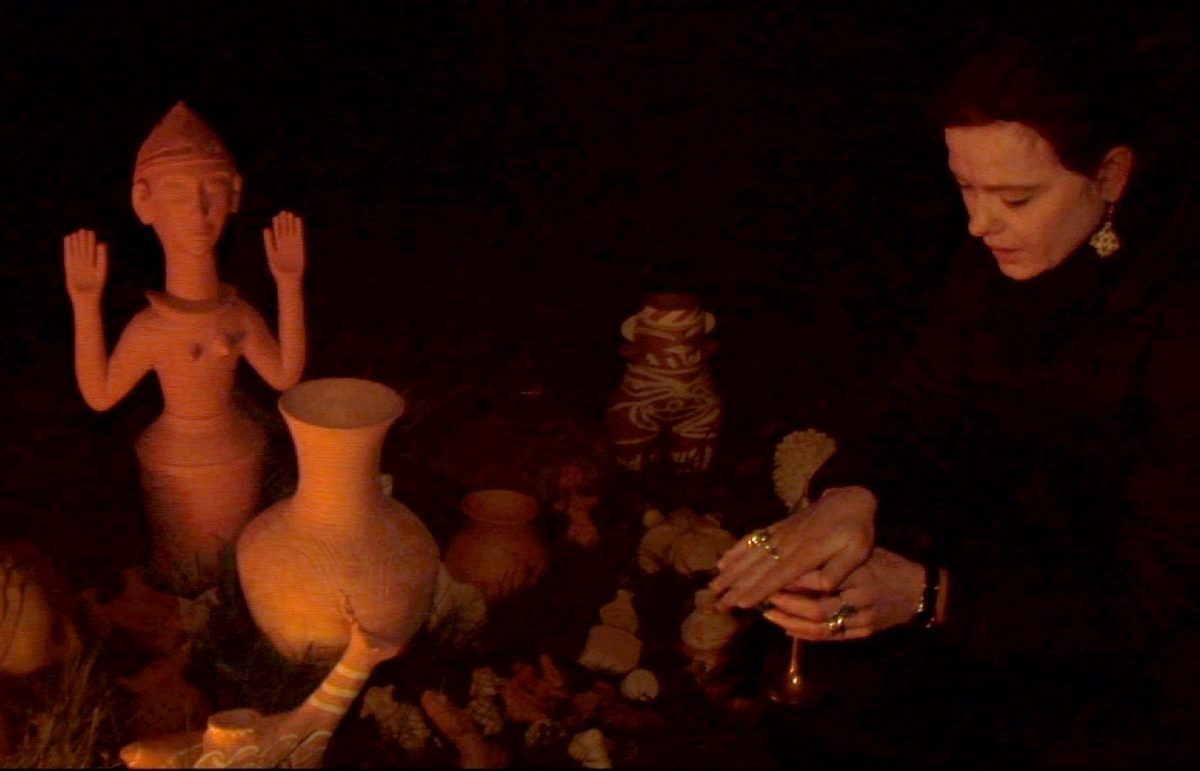 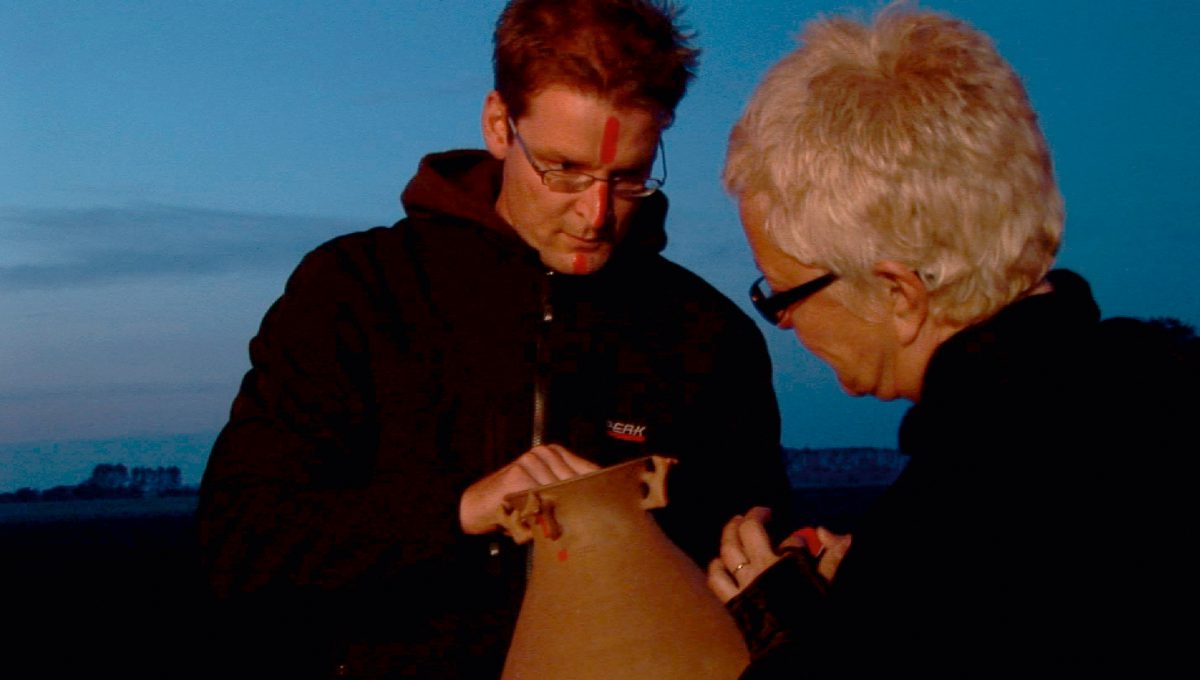 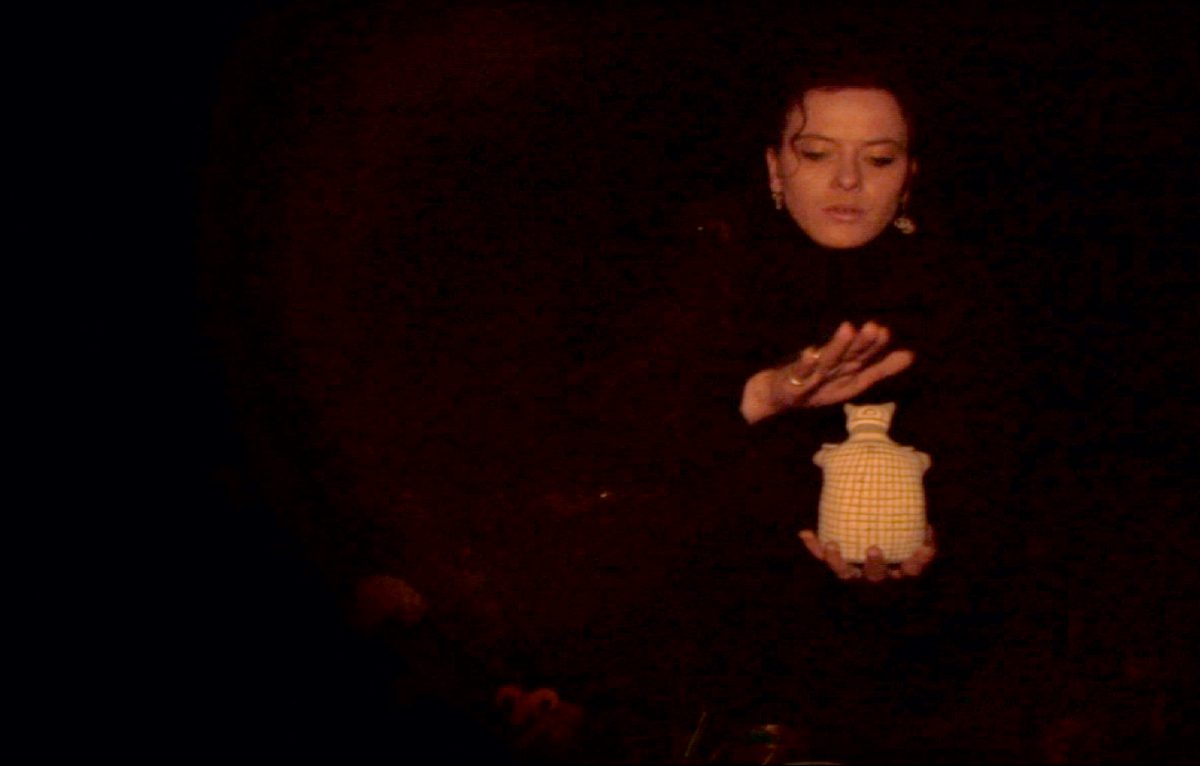 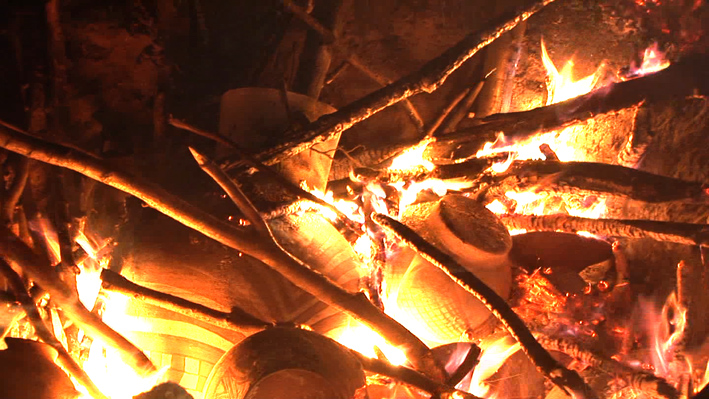 This video shows fragments from two staged full moon sanctification rituals, for which two contemporary Goddess worship priestesses, Ricarda Sagehorn and Maggie Tapert, were invited. During these rituals the archeological artifact reconstructions for Experimental Archeology; Goddess Worship were wood-fired in an archaic oven; a hole in the ground.

In the time of early agriculture in Europe, some eight to nine thousand years ago, the New Stone Age farmers developed their own cultural patterns in the course of several millennia. Food gathering gave way to food producing and hunting to a settled way of life, but, there was no corresponding major change in the structure of symbolism. What is striking is not the metamorphosis of the symbols over the millennia but rather the continuity from Old Stone Age times forward. Of these agricultural people’s beliefs, among the most enduring are those concerning sterility and fertility, the fragility of life, the constant threat of destruction, and the periodic need to renew the generative processes of nature. In fact, many archaic aspects of this prehistoric Goddess spirituality live on in the present, in spite of the continuous process of erosion in the historic era. The major aspects of the Goddess of the New Stone Age – the birth-giver, the fertility-giver influencing growth and multiplication, the life or nourishment-giver and protectress, and the death-wielder – all can be traced back to the period when the first sculptures of bone, ivory, or stone appeared, around 25.000 B.C. Their symbols – vulvas, triangles, breasts, chevrons, zig-zags, meanders, cupmarks – can be traced back to an even earlier time. The main theme of Goddess symbolism is the mystery of birth and death and the renewal of life, not only human but all life on earth and indeed in the whole cosmos.
This symbolic system represents cyclical, not linear, mythical time. In art this is manifested by the signs of dynamic motion: whirling and twisting spirals, winding and coiling snakes, cycles, crescents, horns, sprouting seeds and shoots. The snake was an important symbol of life energy and regeneration, a most benevolent, not an evil creature.
The moon’s three phases – new, waxing, and old – are also often represented, and are repeated in trinities or triple-functional deities that recall these moon phases: virgin, grown woman, and old woman; life-giving, death-giving, and transformational. Even the colors had a different meaning than in the later Indo-European symbolic system. Black did not mean death or the underworld; it was the color of fertility, the color of damp caves and rich soils, of the womb of the Goddess where life begins. White, on the other hand, was the color of death, of bones. Passed on through generations by the grandmothers and mothers of the Old European family, the ancient beliefs survived the superimposition of the Indo-European and finally the Christian myths. The Goddess-centered religion existed for a very long time, much longer than the Indo-European and the Christian, leaving an indelible imprint on the Western psyche. The outcome of the clash of Old European with alien Indo-European religious forms, starting around 3.500 B.C., is visible in the dethronement of Old European goddesses, the disappearance of temples, cult paraphernalia, and sacred signs, and the drastic reduction of religious images in the visual arts. This transformation, however, was not a replacement of one culture by another but a gradual hybridization of two different symbolic systems. Because the patriarchal ideology of the Indo-Europeans was that of the new ruling class, it has come down to us as the “official” belief system of ancient Europe. But the Old European sacred images and symbols were never totally uprooted; these most persistent features in human history were too deeply implanted in the psyche. The Goddess’ religion went underground. Some of the old traditions, particularly those connected with birth, death, and earth fertility rituals, have continued to be practiced up to this day!

With text passages from: Marija Gimbuta, The Language of the Goddess, New York, 1989