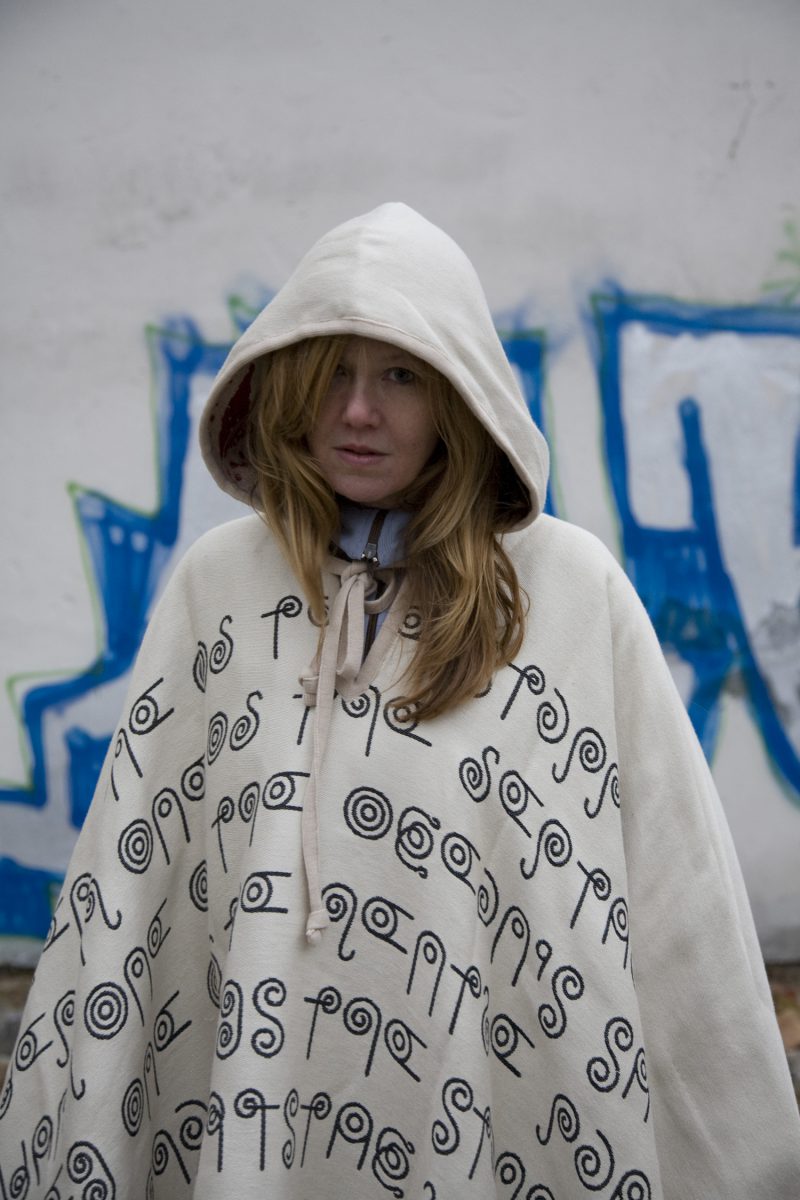 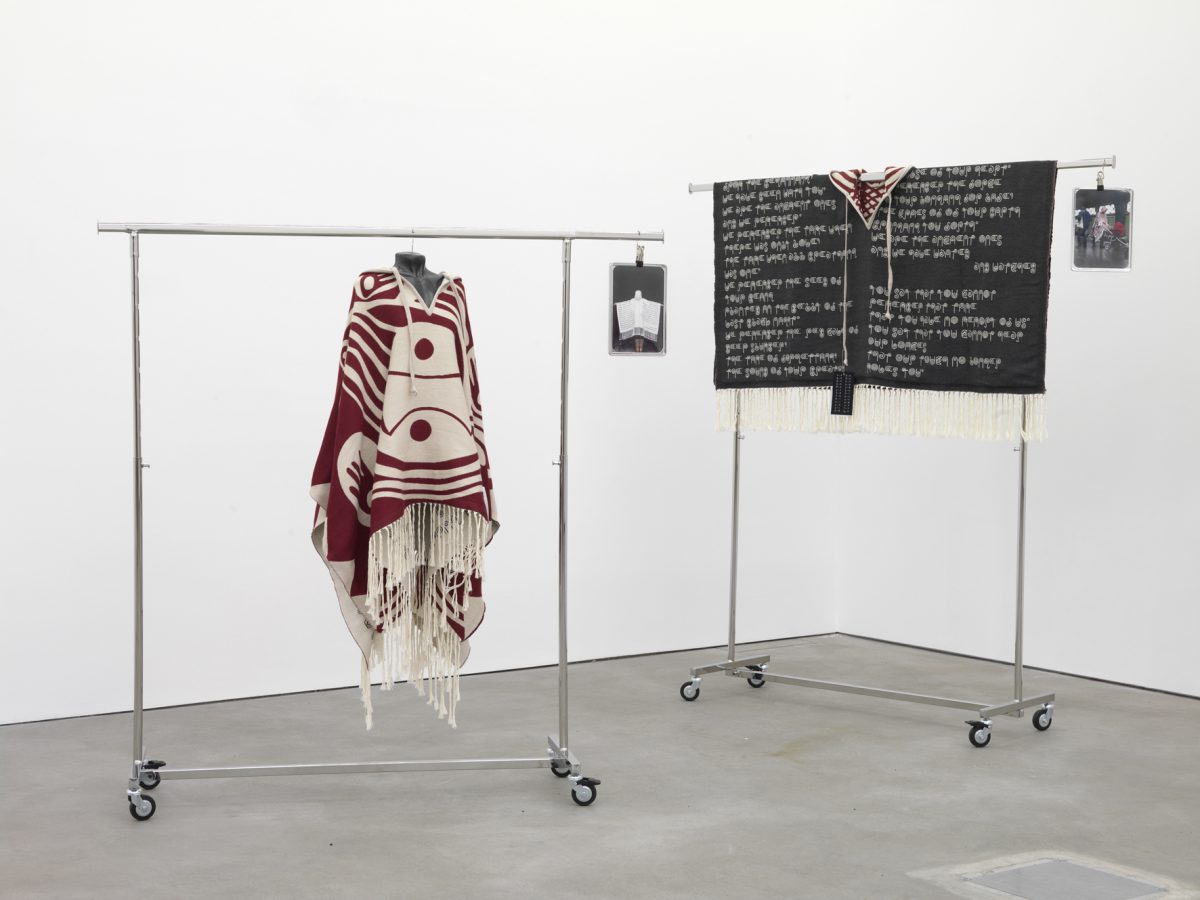 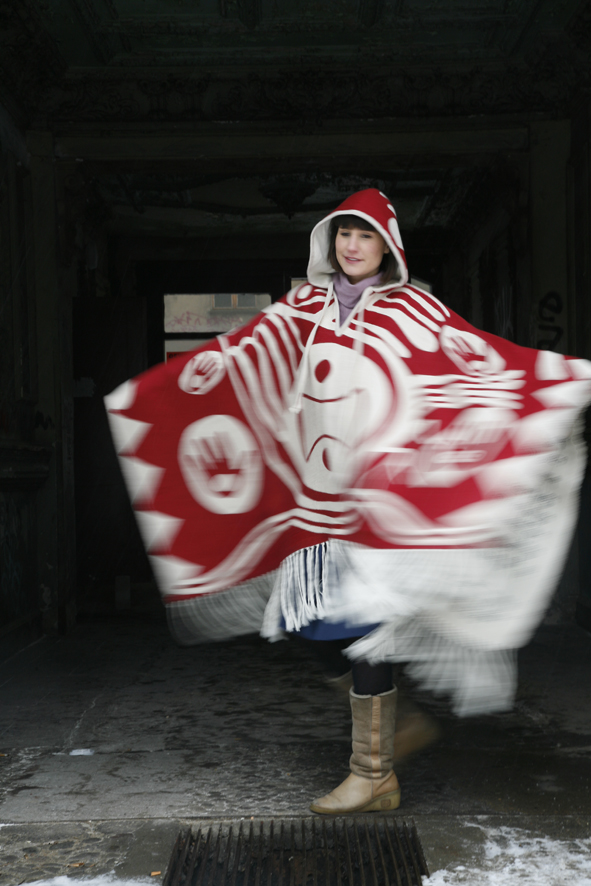 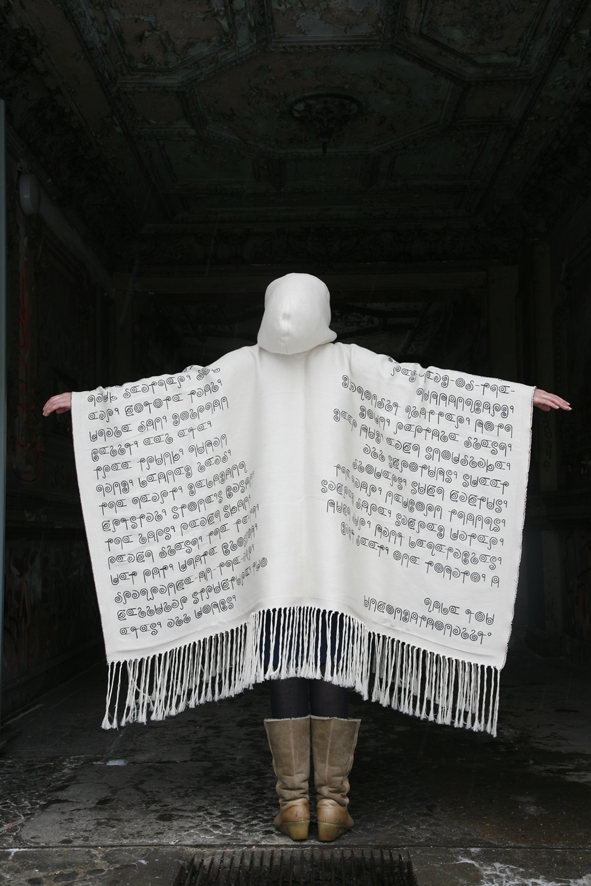 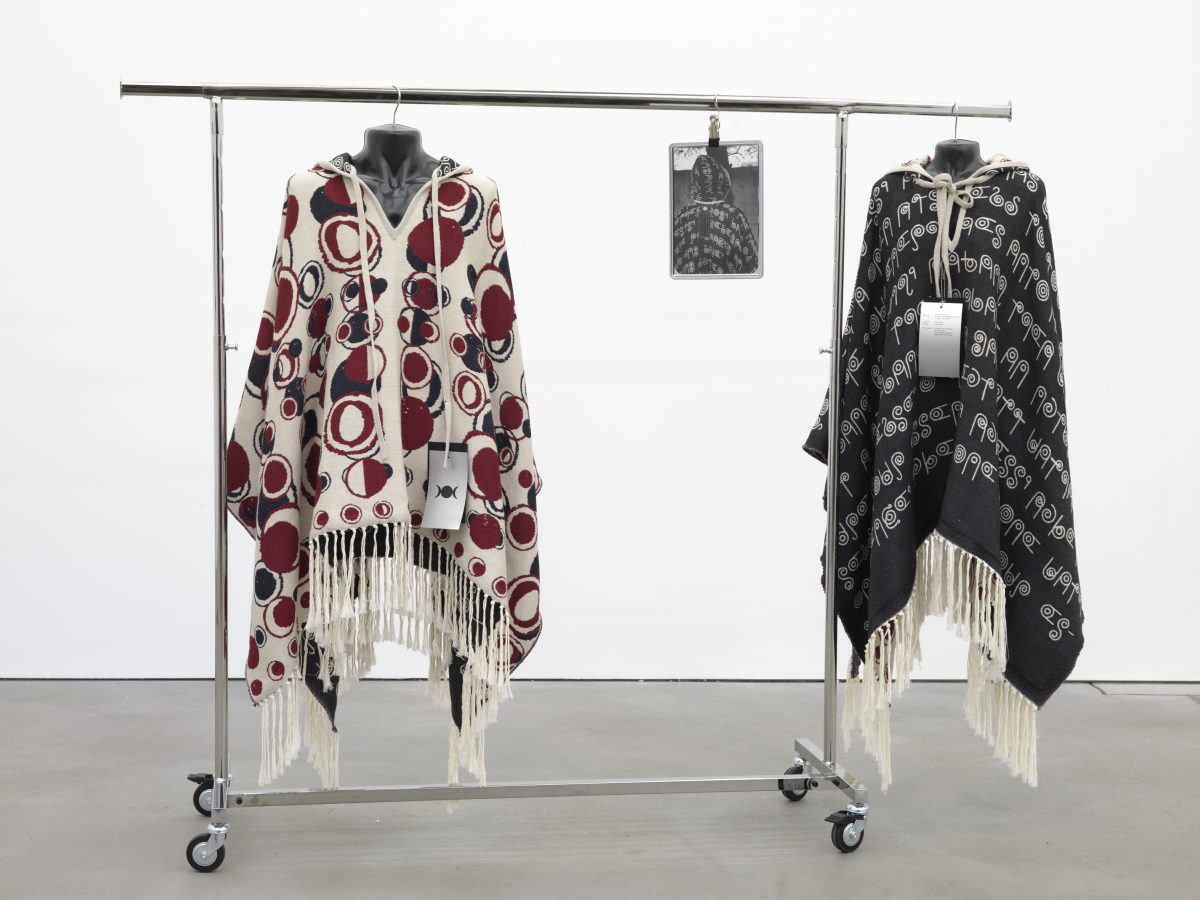 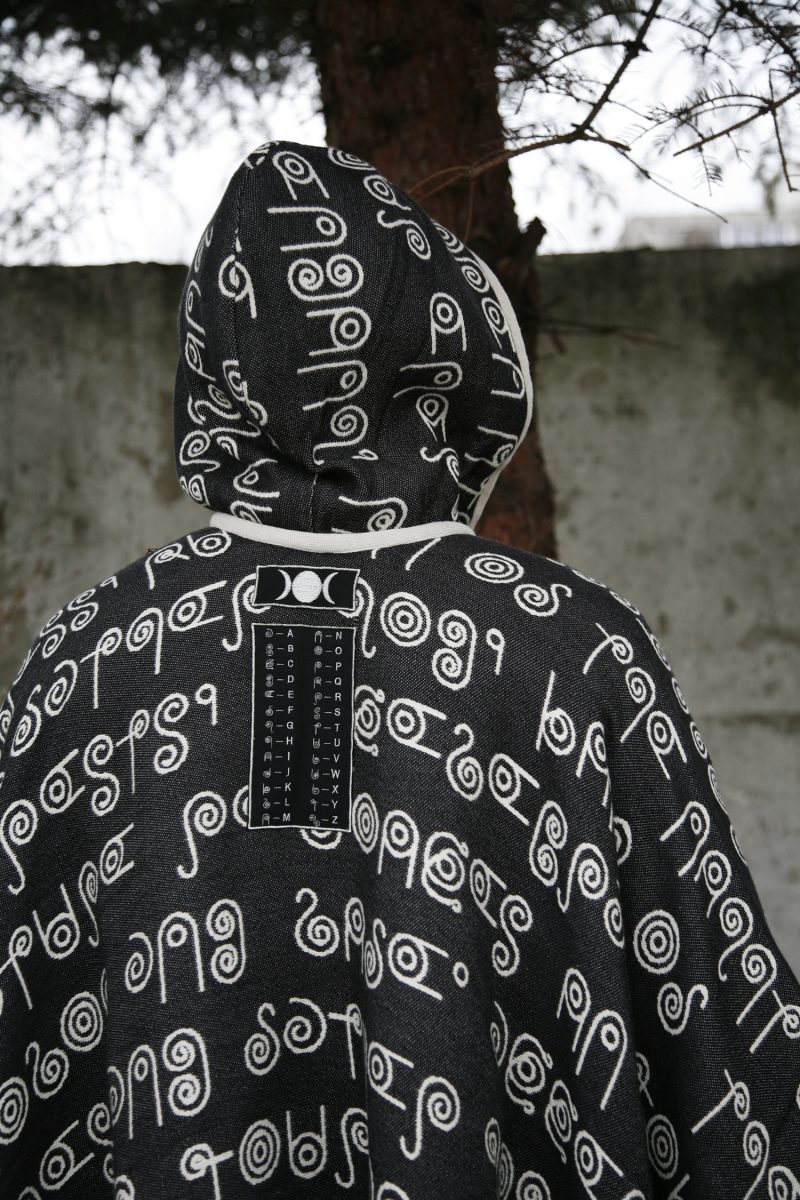 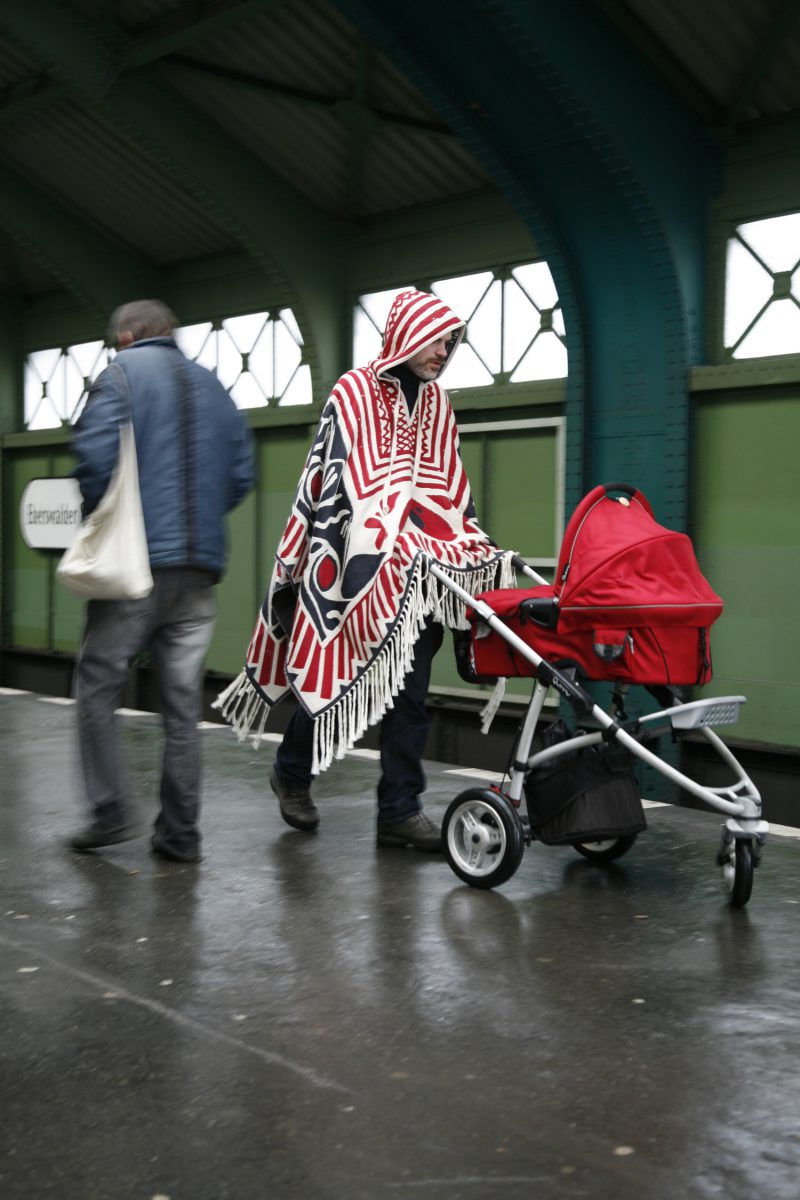 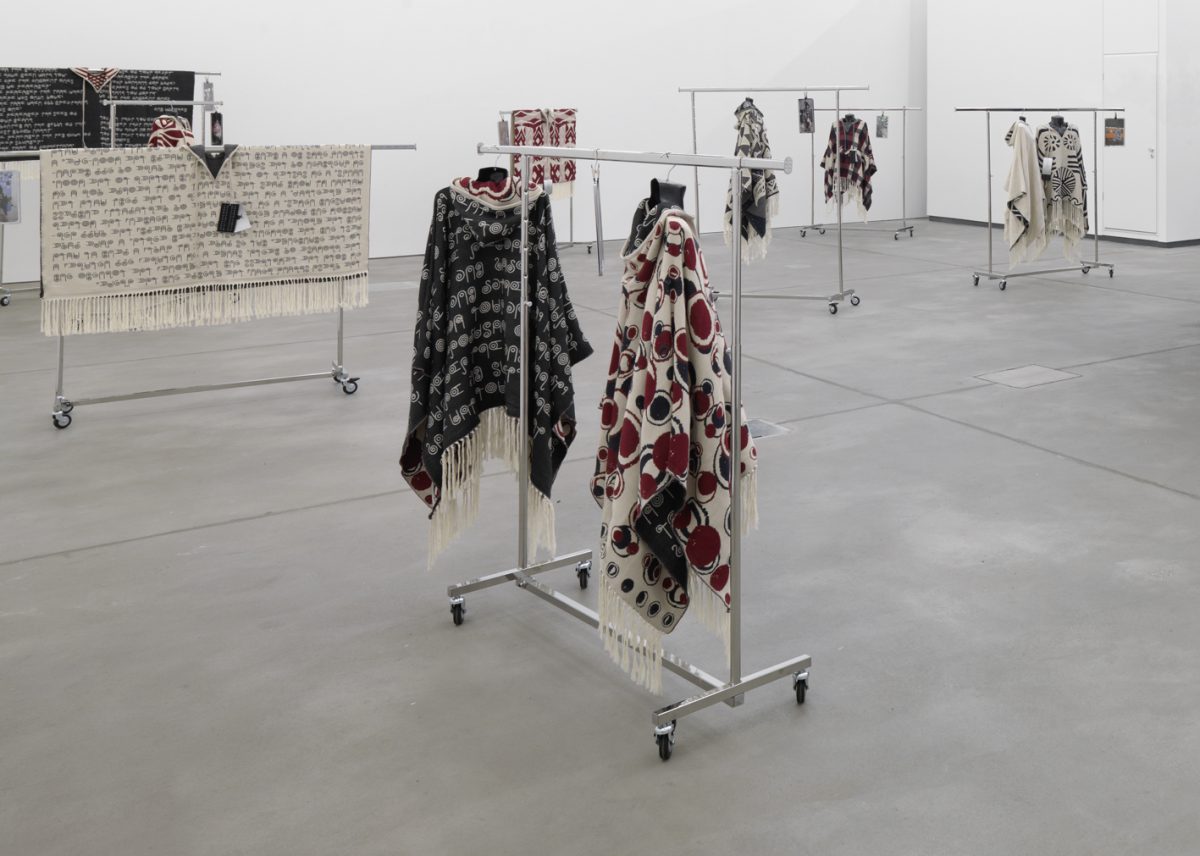 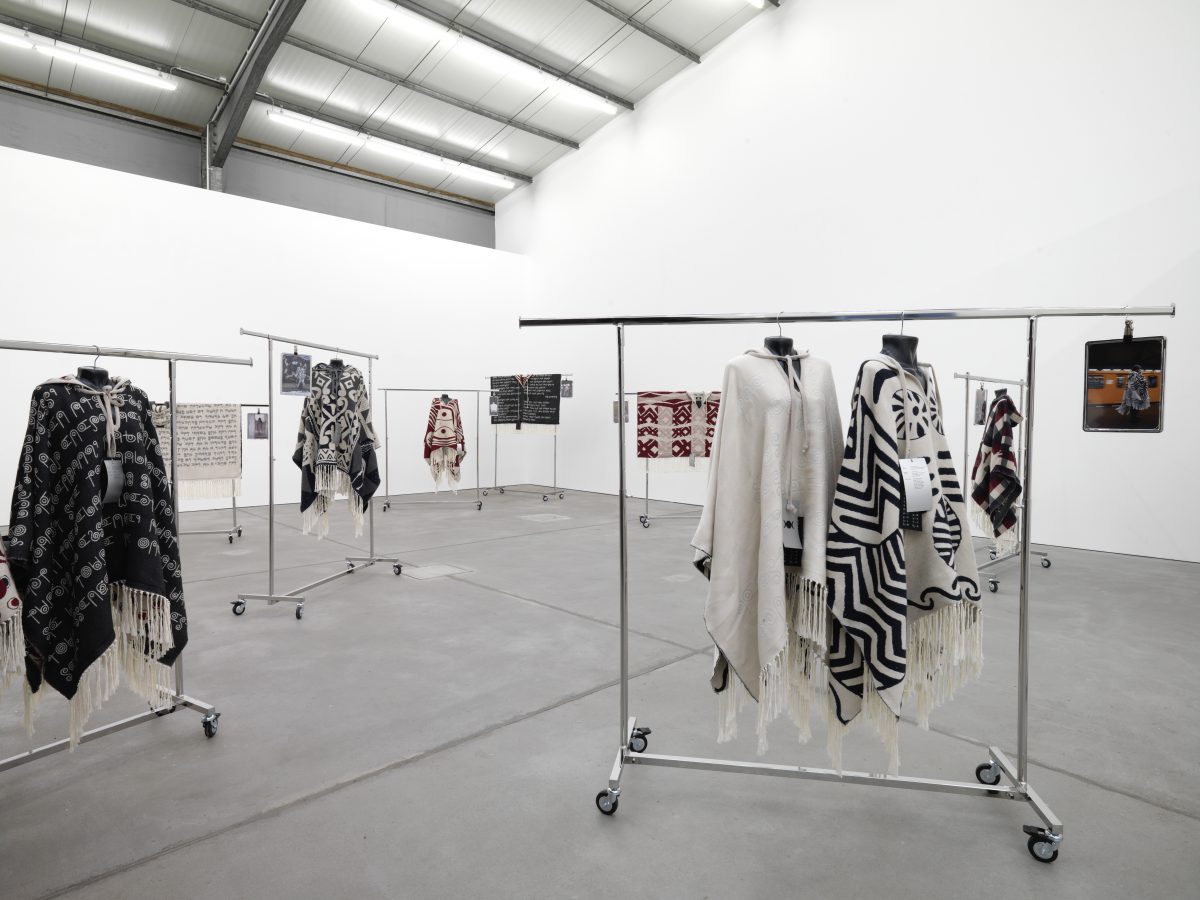 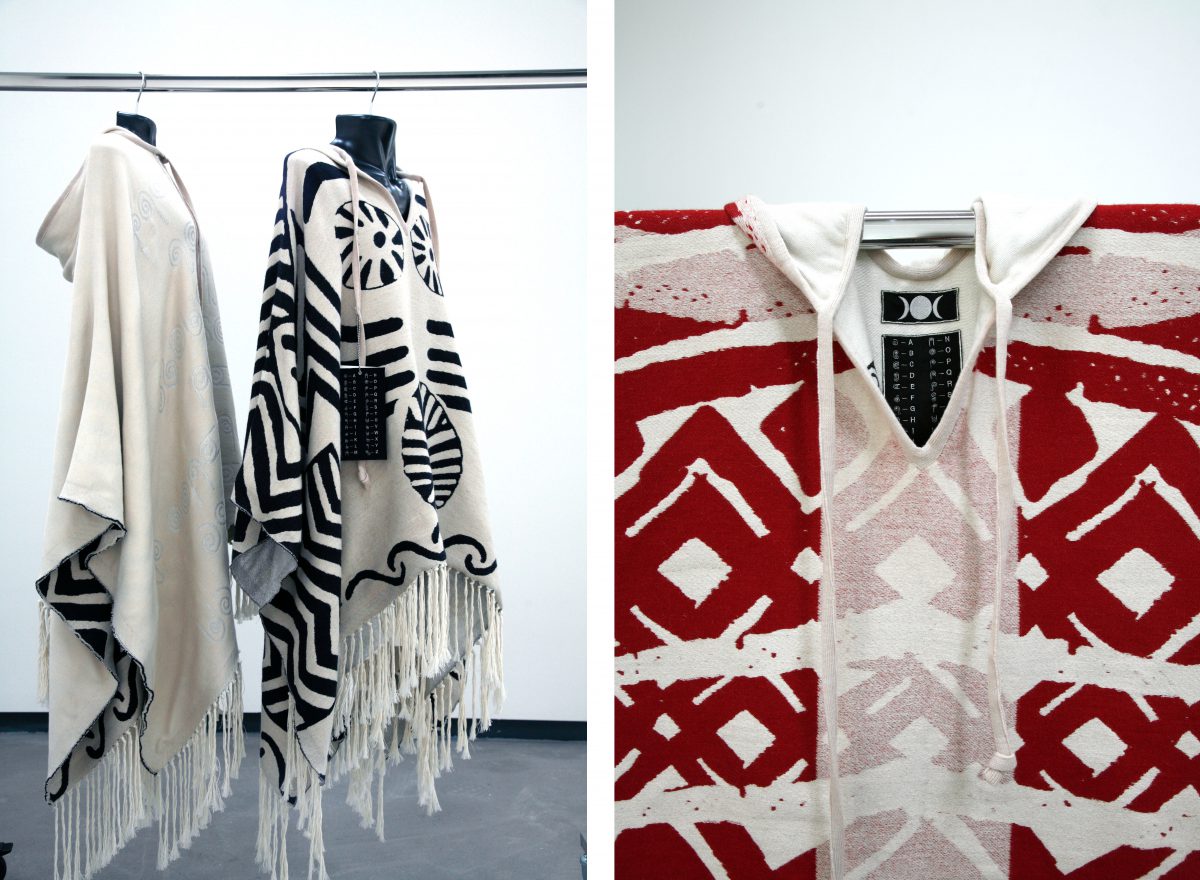 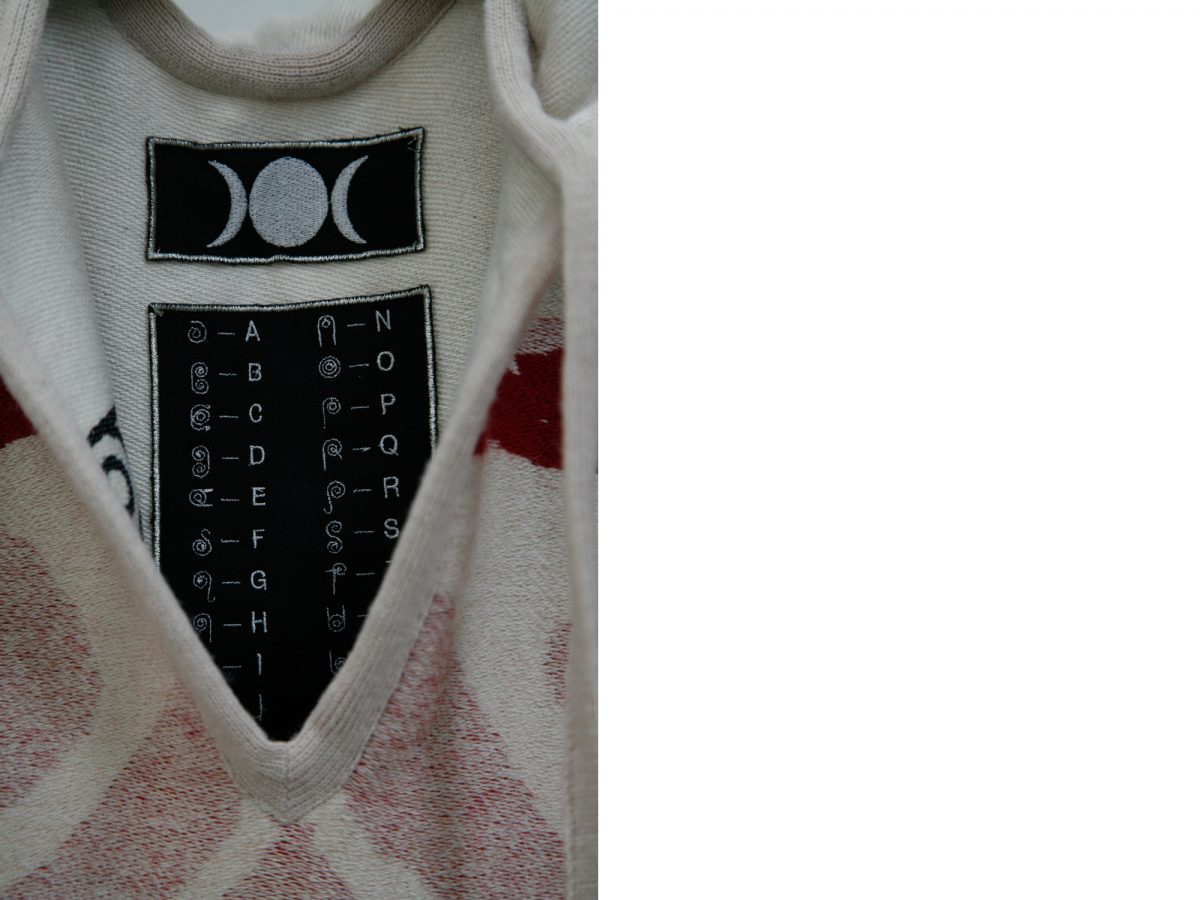 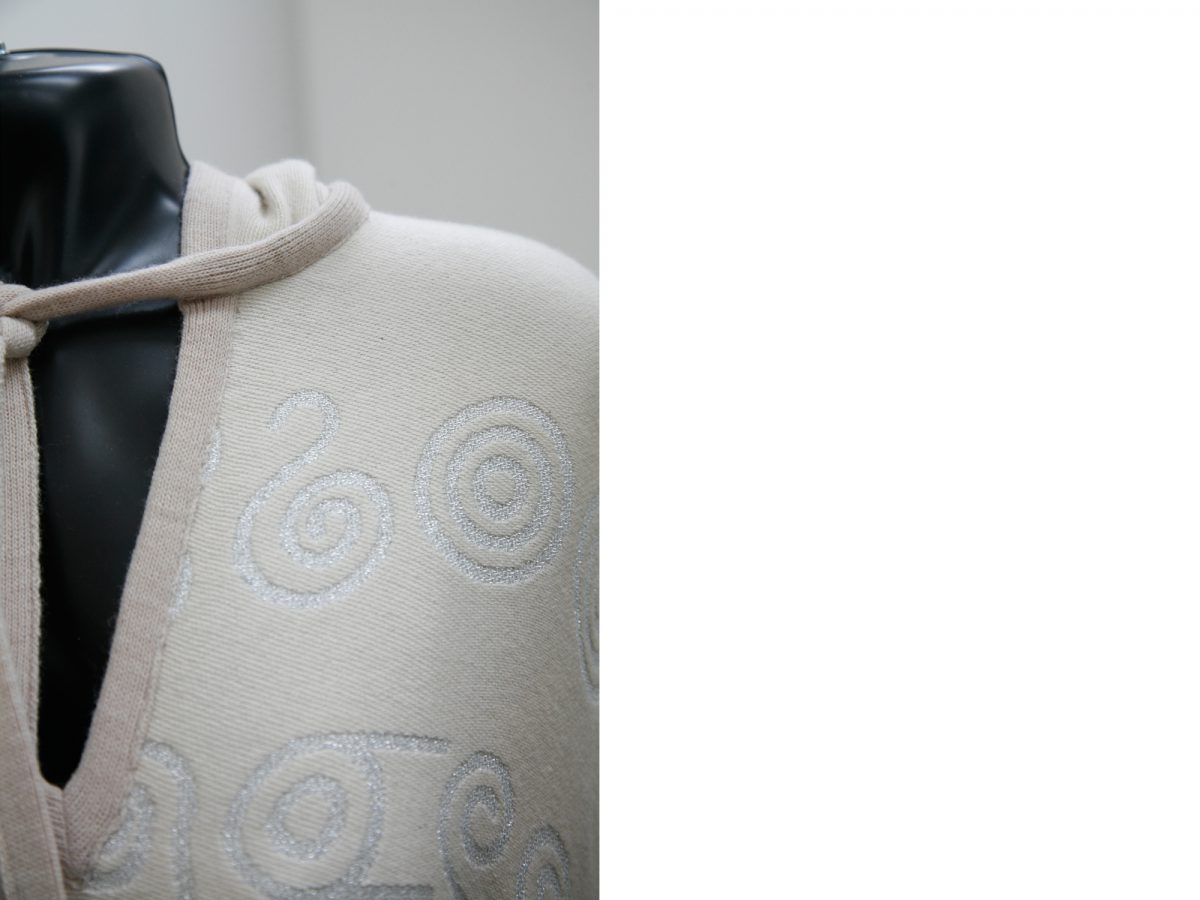 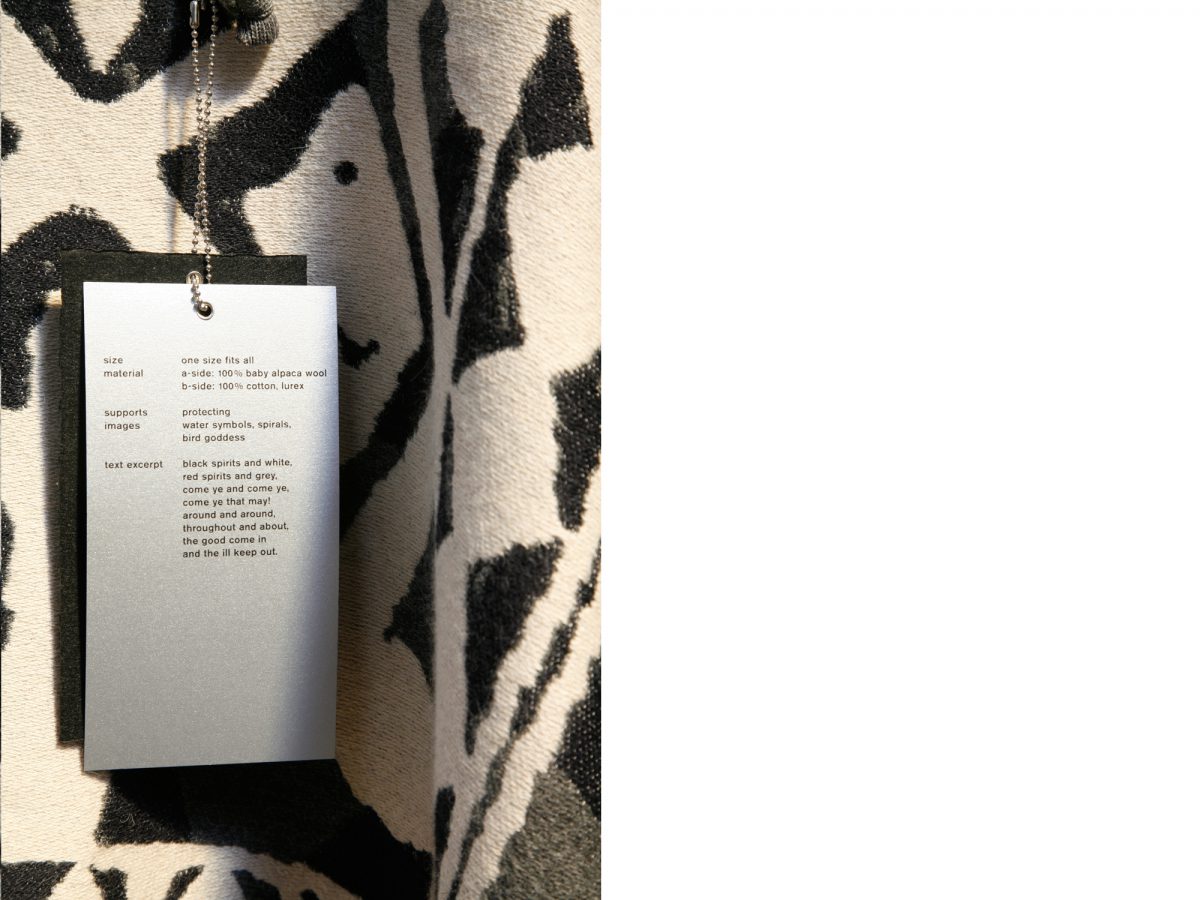 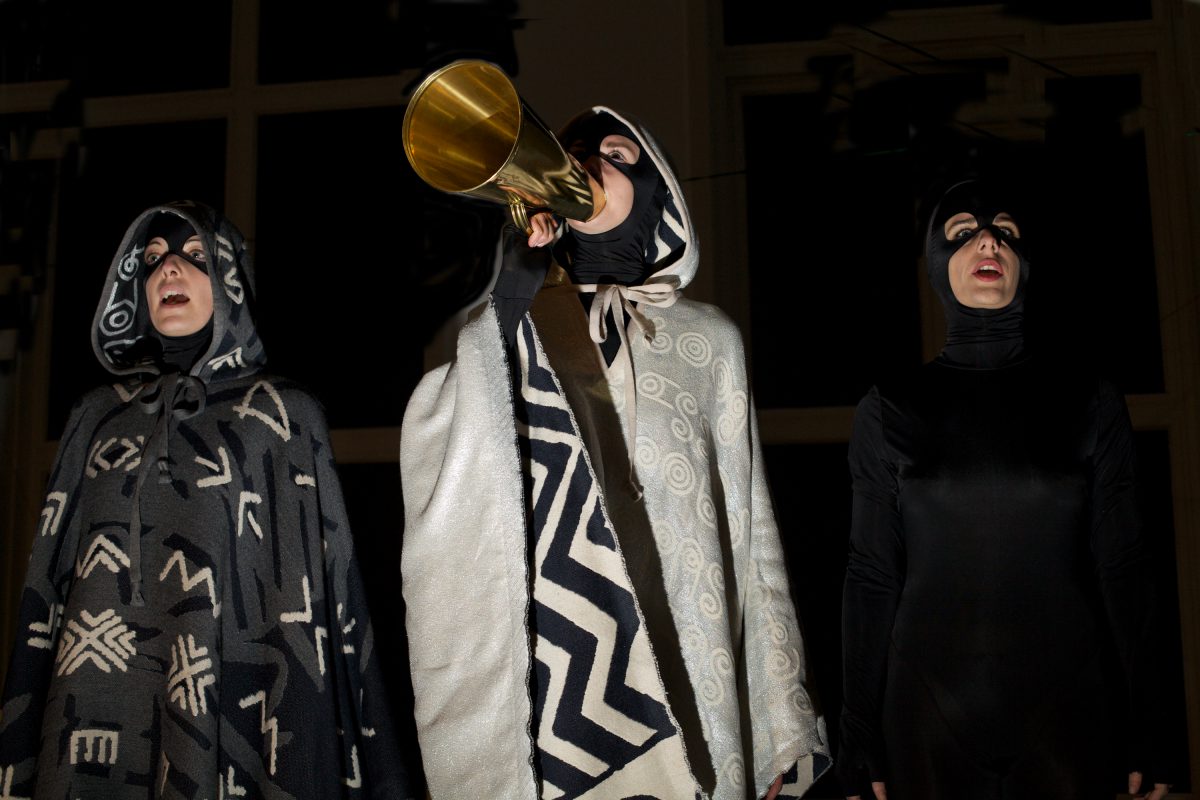 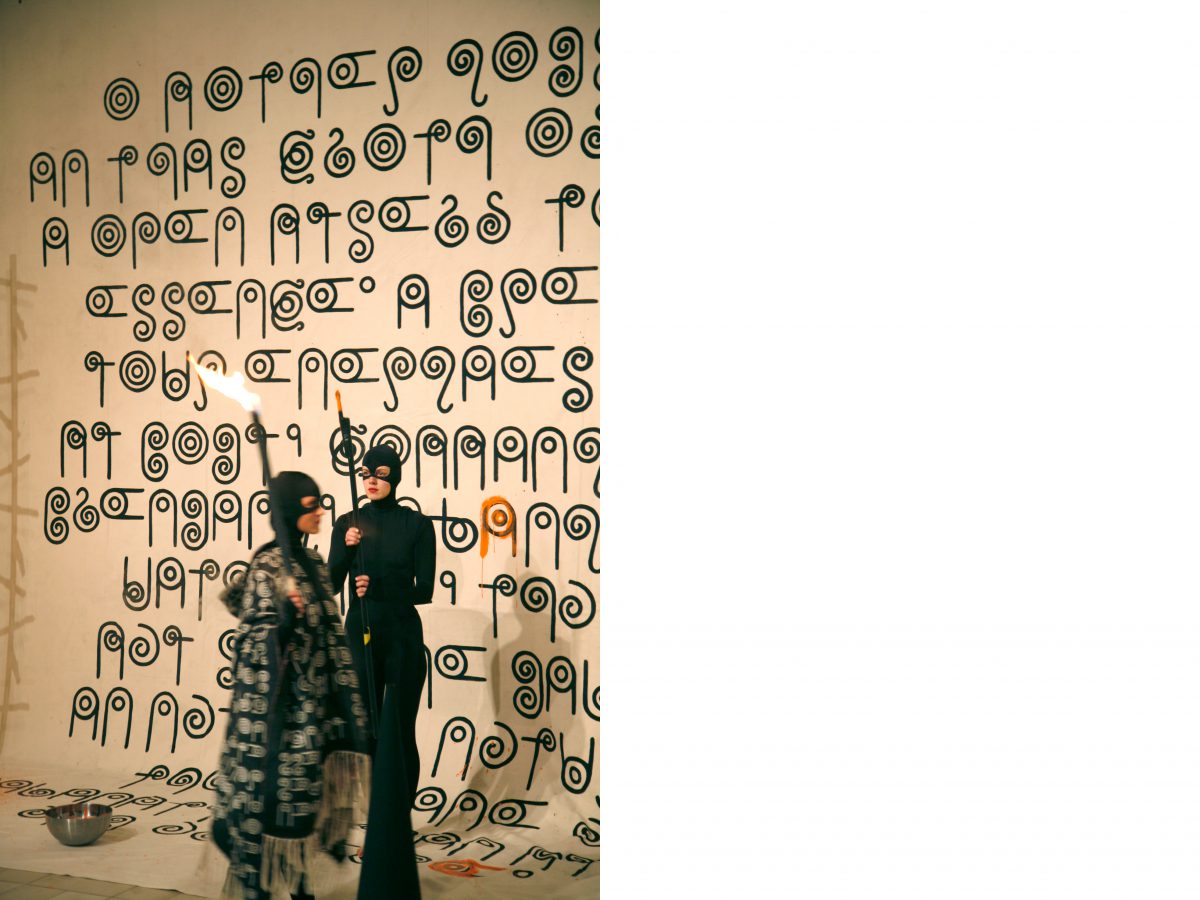 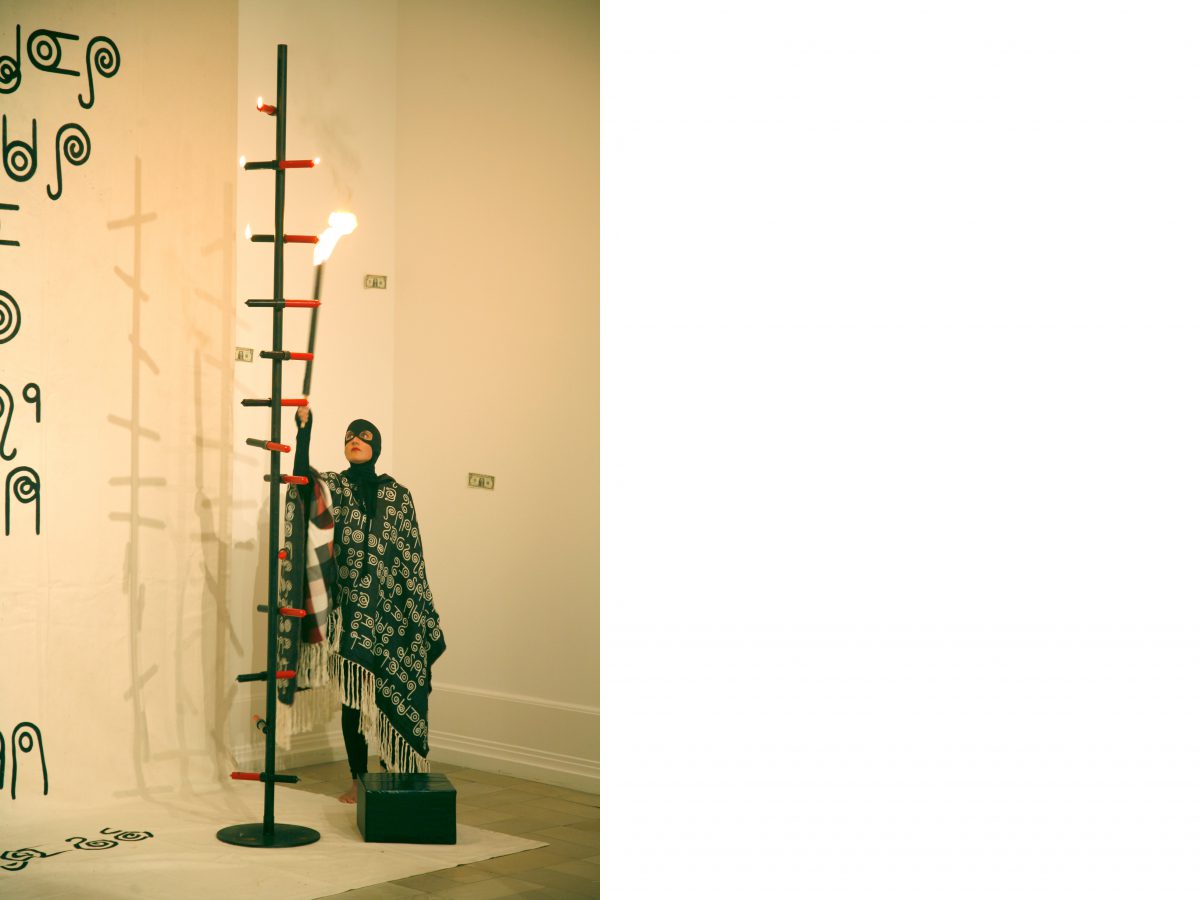 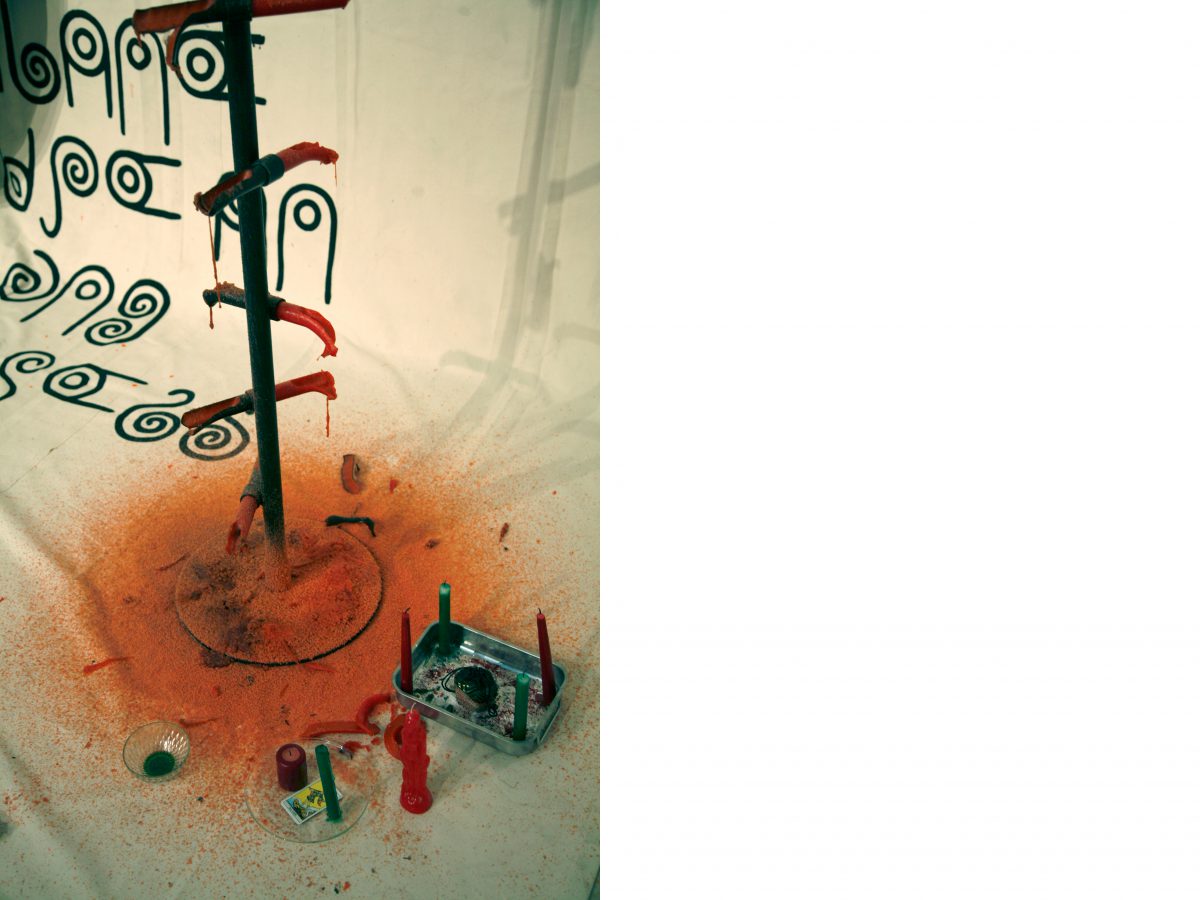 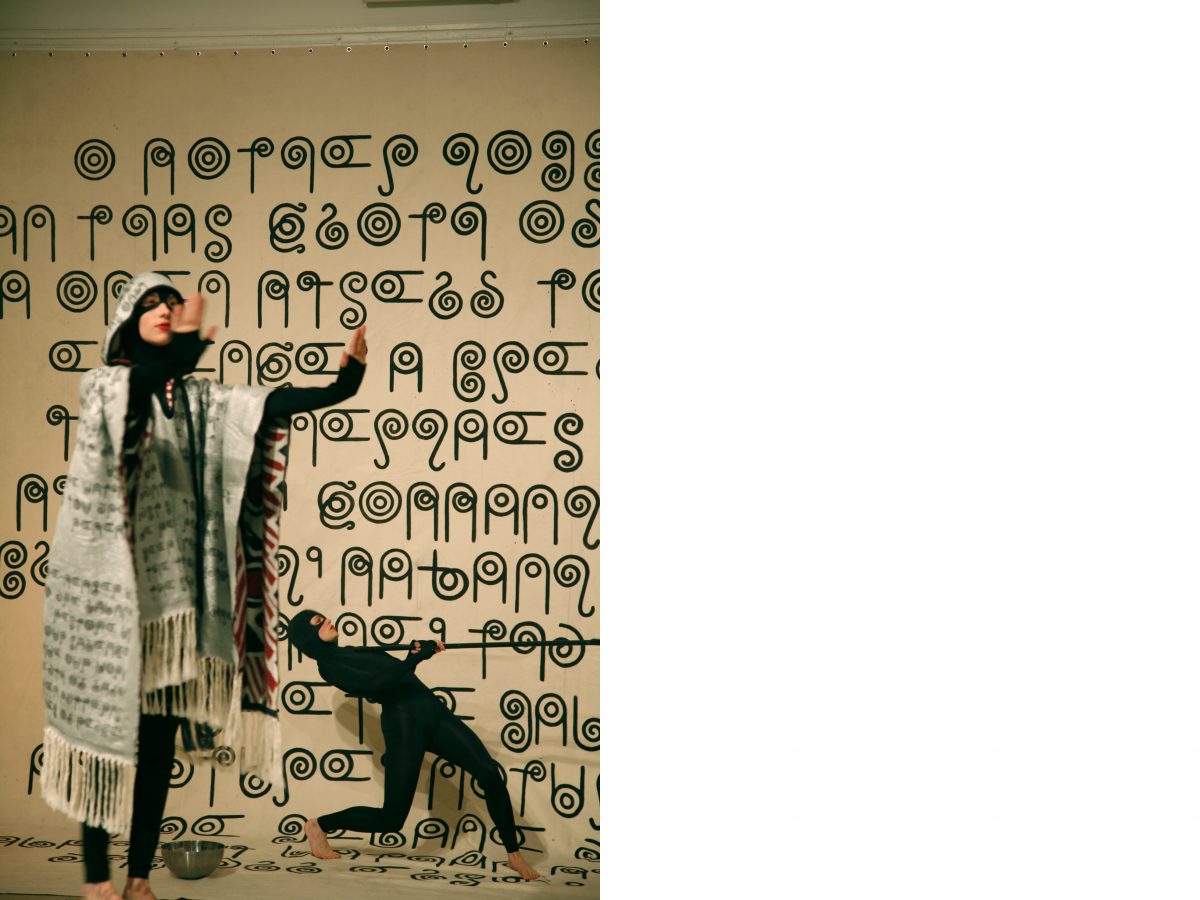 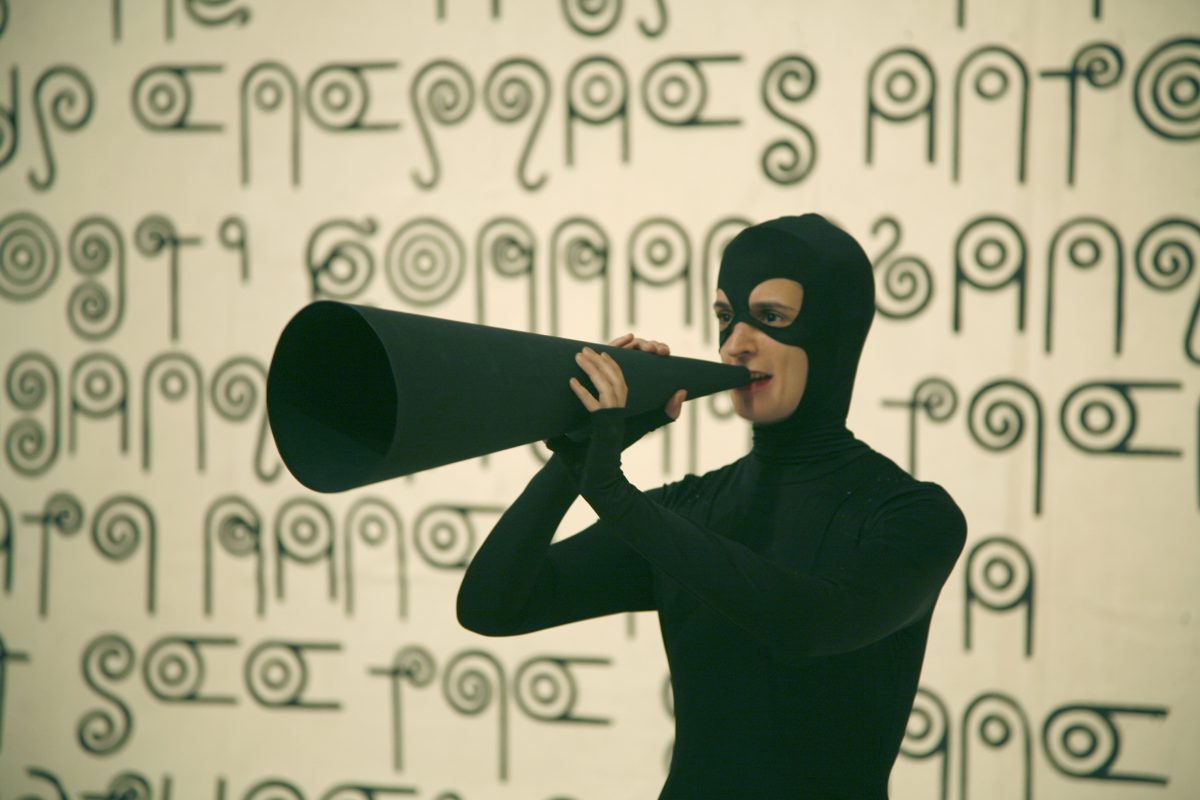 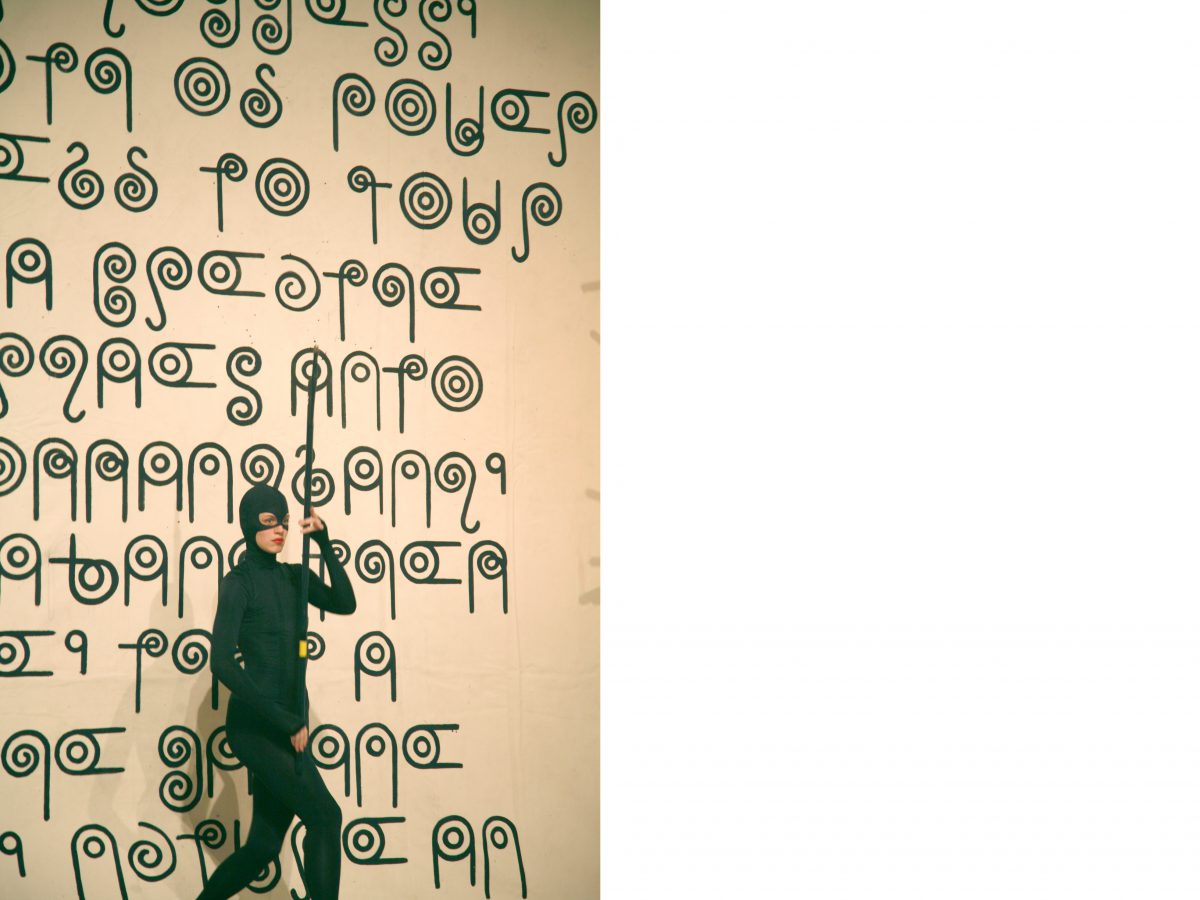 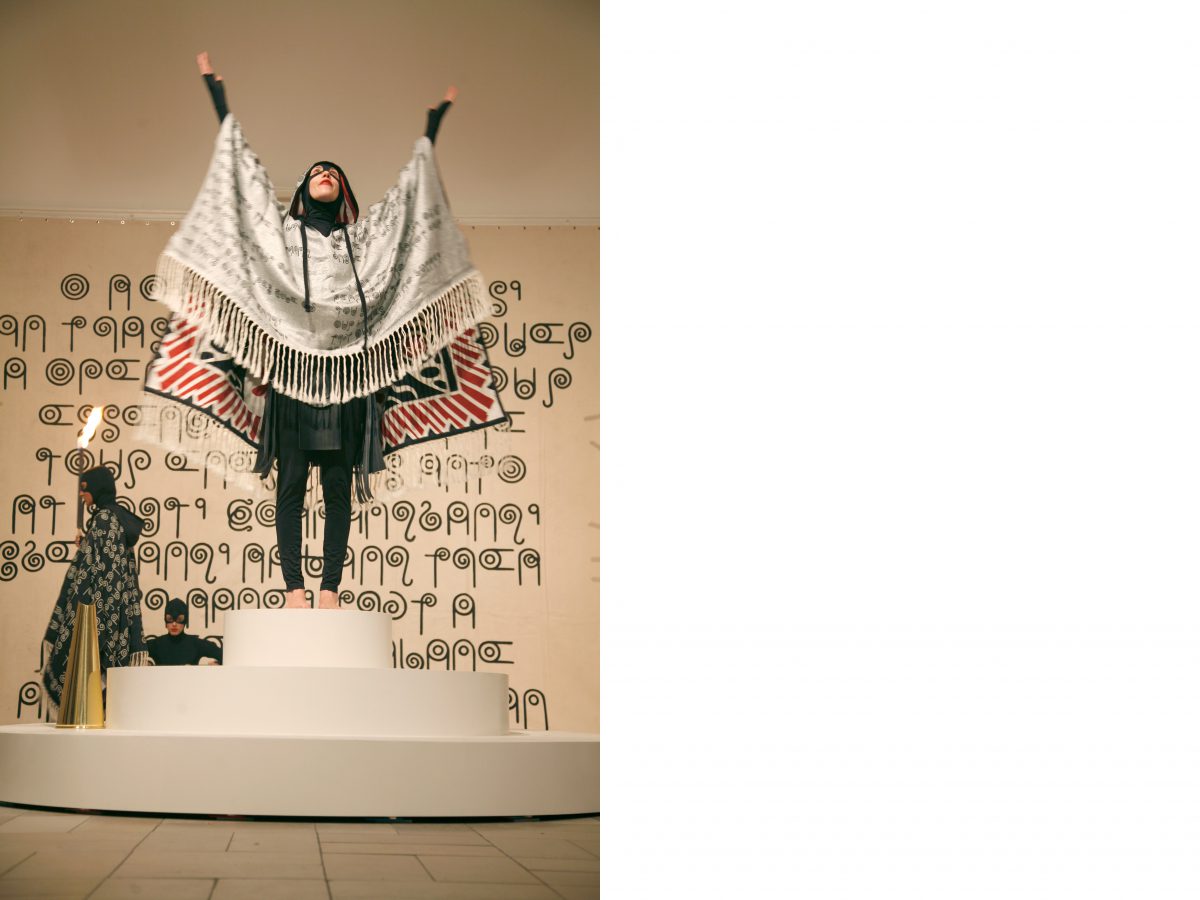 The patterns adorning the double-sided fabric for this project are not decorative, but magical in nature. The latest technology turns a traditionally time-consuming craft into a quicker, more feasible one, enabling a concept where clothing becomes a medium in its own right. The Pict font, inspired by Celtic magical script, is woven into one side of the fabric while symbolic writing covers the other. The ponchos were developed in collaboration with the fashion label Tiedeken in Berlin.

Related: sent it back to where it came from.

This project has been shown at
TiedeKen Showroom, Berlin, 2011
Any Day Now, Kunsthalle Nürnberg, 2010

Conceived with Jen Ray, Double Action is a performance exploring magic and rituals surrounding the invocation of money. Visitors were included in the performance via spells such as the Money Paper Currency Spell, where money designed by the artists was handed out to the audience, or the Anti-Poverty Spell, where colorful ribbons tied audience members to a central performer on an altar.