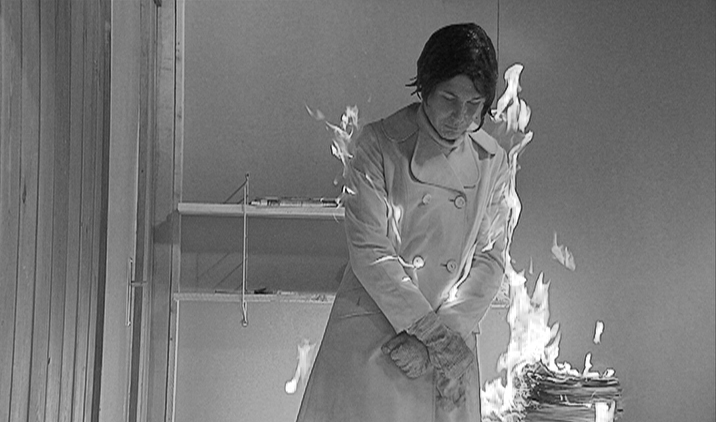 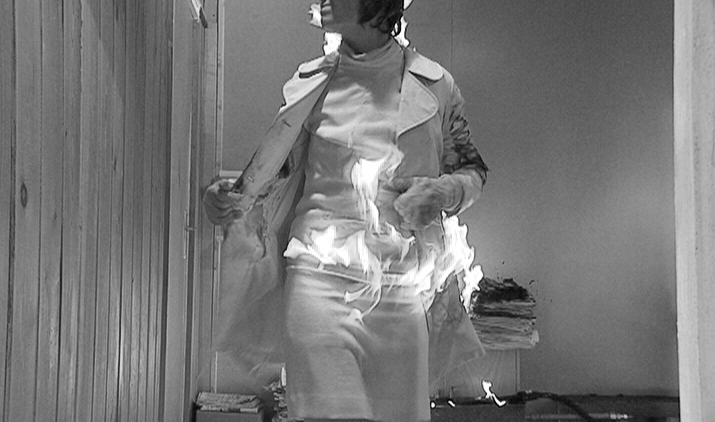 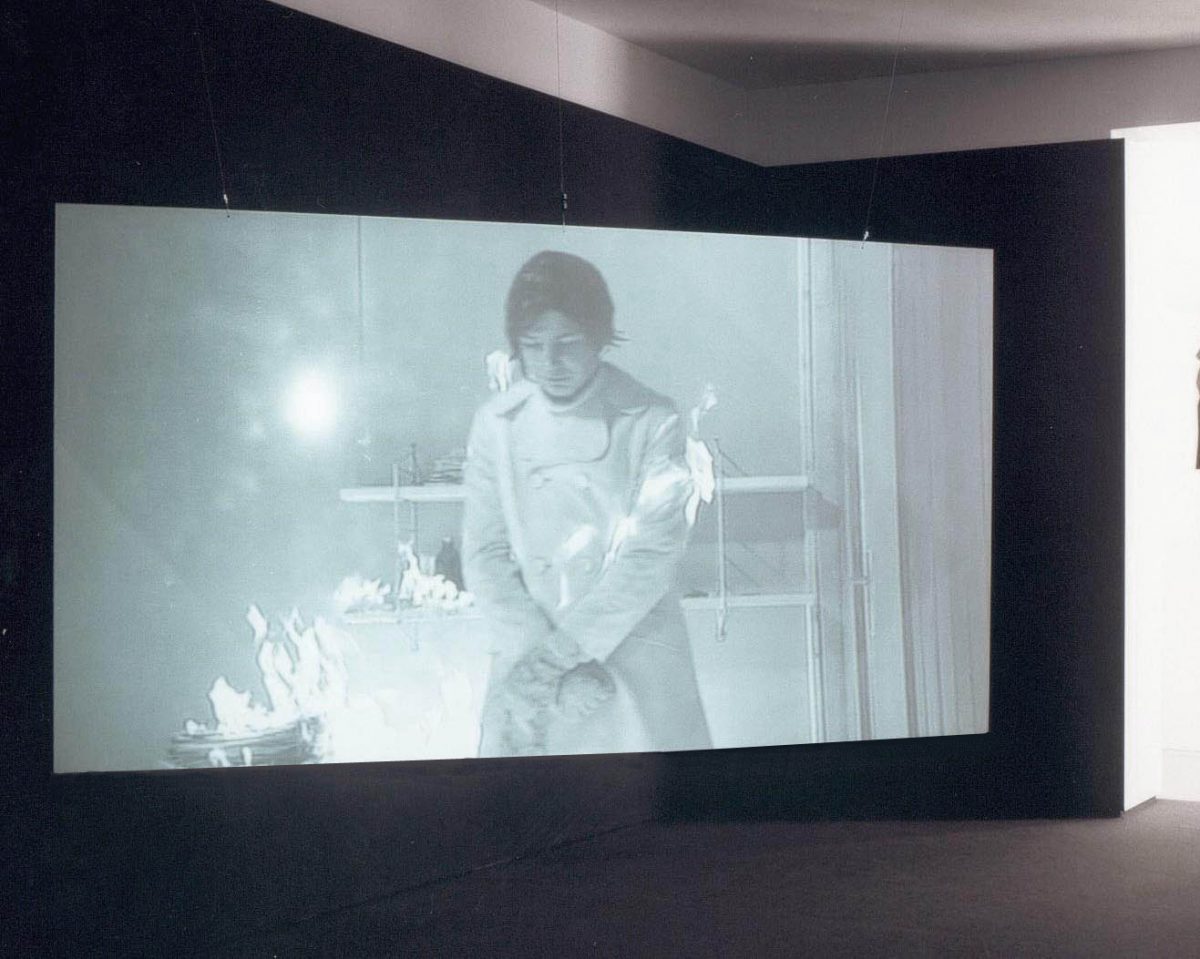 “Forgive my husband,… and me…, accept my confession and sacrifice… with mercy, oh Lord… I will suffer…, be patient, fast, pray…, until this war is over. Amen.”
From (translation): Jahrestage, Margarethe von Trotta, 2001

(…) The Jericho Fire Department had set a watch near the debris that was still smoldering. The workshop had collapsed, all but the outer wall facing east. What was left of the old stables clung to this wall, the practically intact, square shape of the Pinnow feed storehouse attached to its south end. Occasionally, wisps of smoke rose from places where machines had stood. They had torn apart the burning woodpile in the barnyard, and the charred black beams were scattered all over, up to the remaining walls. The barbed wire fence in the bushes had been ripped out and dragged across the path leading to the brickworks, like a barrier. It was difficult to see the house for a long time. Obstructed by the bare walnut trees, it was just possible to spot the very white mullions and transoms of the windows in the clean, red walls. Without any sun, the sky was bright, white. To Cresspahl, it was as quiet as if no one were there at all.

The fire was burning under the kettle in the kitchen, just like every morning. The door to Lisbeth’s room was closed. Her dress was draped over the foot of the bed. She had wanted to hang it up and then go to sleep. The covers were pulled back. She had sat on the edge of the bed, though not for long. Here, the air was almost free of smoke.
Petrol had been spilled in the pantry. She had been in a hurry here. At the backdoor, she had probably started to run.

She had left herself so little time that she didn’t bother to take down the laundry line, but instead had simply hacked through it with a garden knife. She had taught the maids to pick apart every knot. The garden knife had been driven into the top of a fencepost, so that it would be seen and wouldn’t rust.

Next to the pump, where the path began to drop off, there was a depression in the damp ground, as if she had fallen there on one knee. Although there were many intersecting footprints, none of them had been made by naked feet.

The south gable of the workshop had broken off at an angle. Only the gate frame remained. Axes had chopped away the joists. Shards on the ground were twisted, black and greasy. Both of the doors were still tightly fastened in the middle by the lock. Here, she had managed to get ahead.

On Thursday night, when she entered the workshop, it had smelled like cut wood, varnish, paint, machine oil, work. She hadn’t turned on the light, because the large, bright spot in the night might have awakened the neighbour. Her body had covered the lamp’s beam. She placed it in the middle of the threshing floor, under a machine, so that the barn still looked dark from the outside.
Once again, she had another choice to make. She could take down a ladder from the wall, place it against one of the crossbeams, climb up, push the ladder away, and jump. That way, she wouldn’t have taken three hours to die. But maybe she didn’t want anyone to see her head askew, her broken neck. Then she decided that she did not want to be found at all.

Then she laid the laundry line over a saw tooth and cut it into small pieces that would not do for hanging. Now all she had to do was knock over the lamp. Everything here would burn. After five years, the Pinnow barn had become a solid building, able to withstand any wind. It was dry in winter and a little warm, even on the coldest days. She didn’t have to help the small fire much. It was enough to simply spread it from one long wall to the other. They were both soon hot and colorful.

As a smoldering cloth hanging down from the third crossbeam blanketed the north door in fire, the fire spread to the room where the oilcans were kept. Then she was surrounded, except for in front of the south door, which didn’t keep out the air and kept bursting open. She could have gotten out in one jump.

She didn’t want to escape. She had shut herself up in the old feed storehouse, so that it wouldn’t have been easy to get her out right away. She had wanted to wait there. When the door went, she hardly took fire. She had hammered the key into a gap between the boards, so that it wouldn’t be seen. The feed storehouse, later a workshop, was empty. There wasn’t a single tool she could have used to get the key out of the floorboards. The window was barred with iron and bricked up. She couldn’t have gotten any air; the heavy skylight in front of the window was barricaded from the outside. She had been securely locked in.

The fire didn’t get to her from the floorboards, but through the walls of the tool room and from above. At first the walls simply crackled, but then the heat made them swell and turn black. The floor remained intact to the last. Then she had tied her feet together, the rope knotted in a ring, so that she couldn’t run away. When completely dazed, she tried to tie her hands together. Cresspahl did not believe that. As she fell, the back of her head might have hit a beam; maybe after that she was unconscious, not aware of anything any more.

The fire fighters hadn’t found her right away because the fire was still too strong, too loud, as if there was still someone left to rescue. They had ripped out the first door on the right, complete with doorframe, because it was locked. Its wet ruins lay on the floor. In the rubble was a bristle brush with a broken handle, otherwise practically clean. Kneeling, Cresspahl wiped the spot where he thought Lisbeth had been. The chalky outline showed a shape lying on its side, the arms along the body, like someone sleeping.

They weren’t in a hurry to carry her outside. They had extinguished the fire in the storehouse with bucket after bucket of water from the pump, to secure the evidence. The inner walls were burned thin, but they were still standing, and the roof had not yet caved in. So they could take her with them as they ran out of the south door, which had been broken open, to the path between the workshop and the woodpile, which had just begun to burn. Then she’d lain upon the earth until she died.

Fragment from: Uwe Johnson, Days of the Year: From the Life of Gesine Cresspahl, Surkampverlag: Frankfurt am Main 1993, pp. 747-750