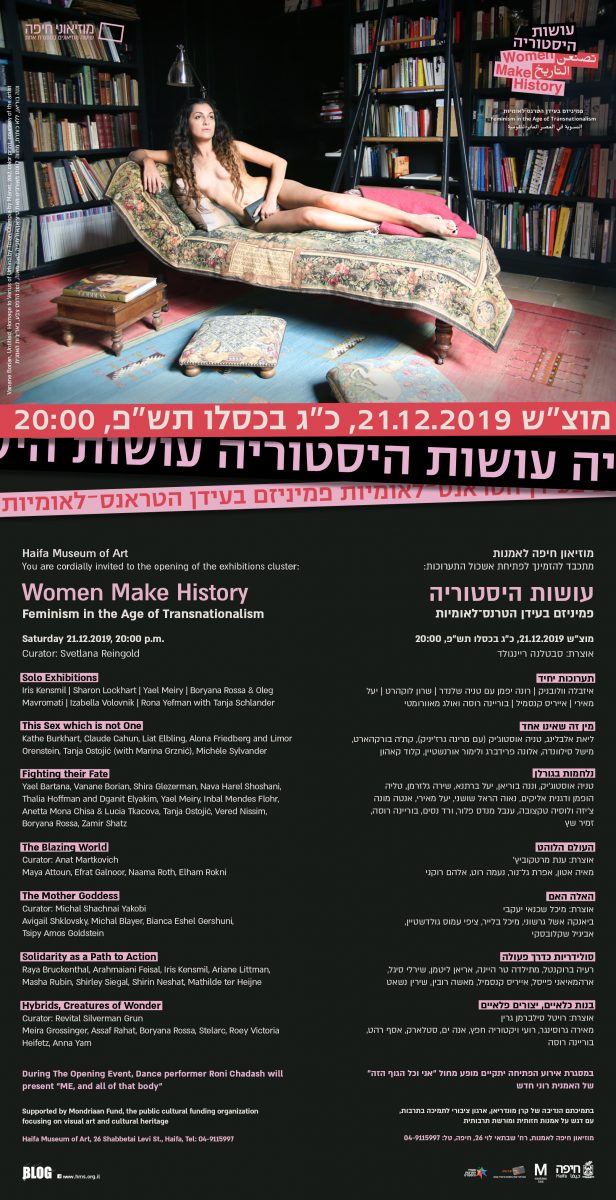 Much has been written on the subject of feminist solidarity, as a formative value that provides the political subject with a secure base from which to promote social struggles in various arenas. The concept of “solidarity,” in its various meanings, has served in recent years as a framework for discussions in the feminist community. The call for solidarity is based upon the demand to dismantle supposedly competition in relations between women. The need for change is based on the understanding that such competition expresses an essentially patriarchal belief, according to which power and control of resources can only be achieved by joining a powerful figure, that is, a man. Fundamental to this belief is the masculine identification.

Renowned feminist thinker Adrienne Rich defines competition between women as “internalizing the values of the colonizer.” Its meaning is that women place themselves beneath men, ignoring the qualities that they may themselves bring to the socio-political situation. The result is the acceptance of competitiveness, or the “polygamous condition,” as natural and unavoidable. The “polygamous condition” weakens women’s solidarity by means of a “divide and conquer” strategy. In the words of feminist activist and theoretician Bell Hooks: “We are taught that women are ‘natural’ enemies, that solidarity will never exist between us because we cannot, should not, and do not bond with one another […] We must unlearn [these lessons] if we are to build a sustained feminist movement. We must learn the true meaning and value of Sisterhood.”