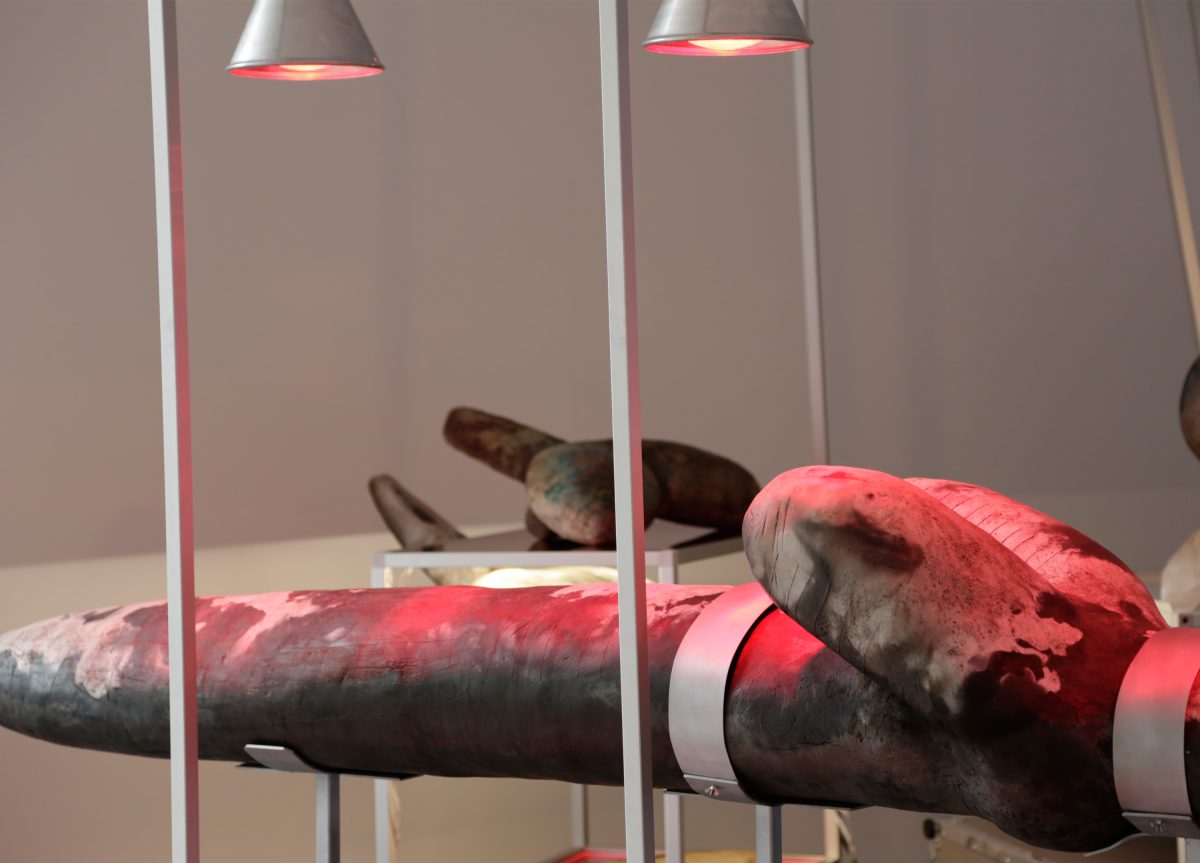 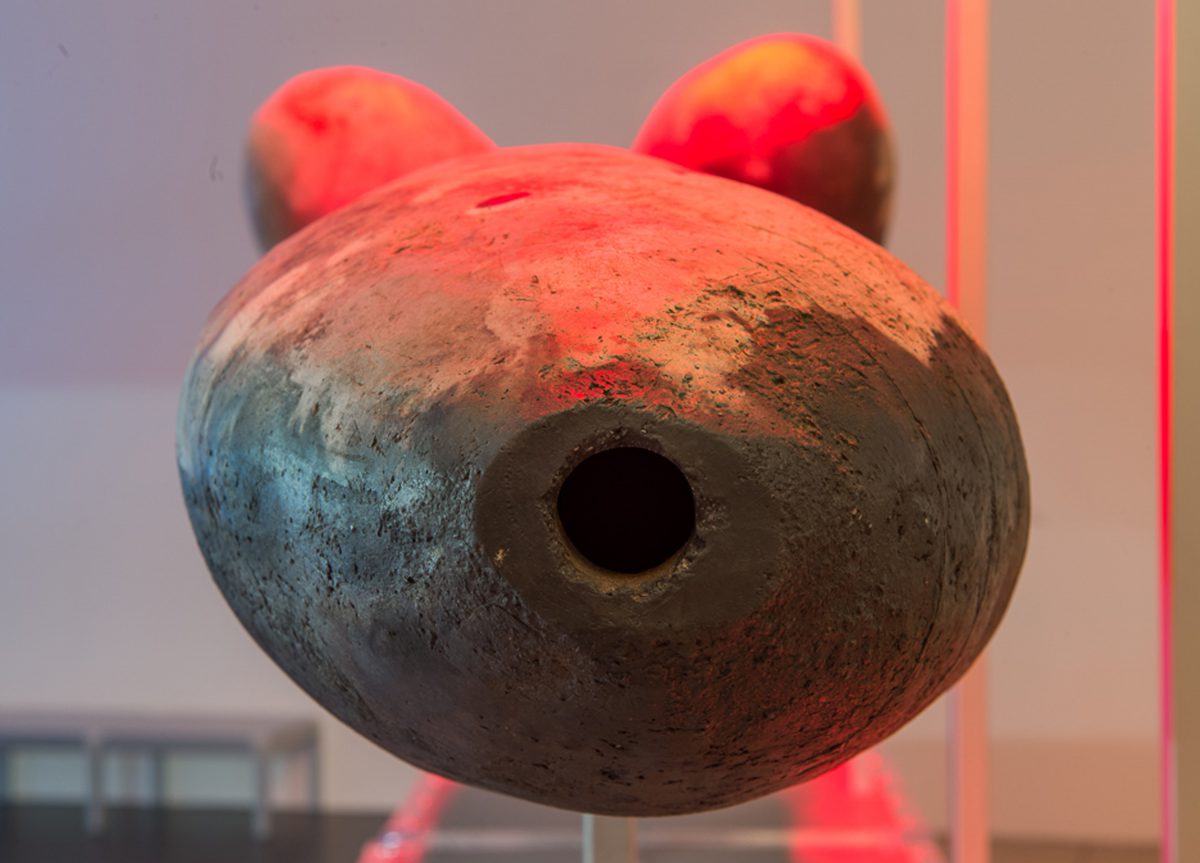 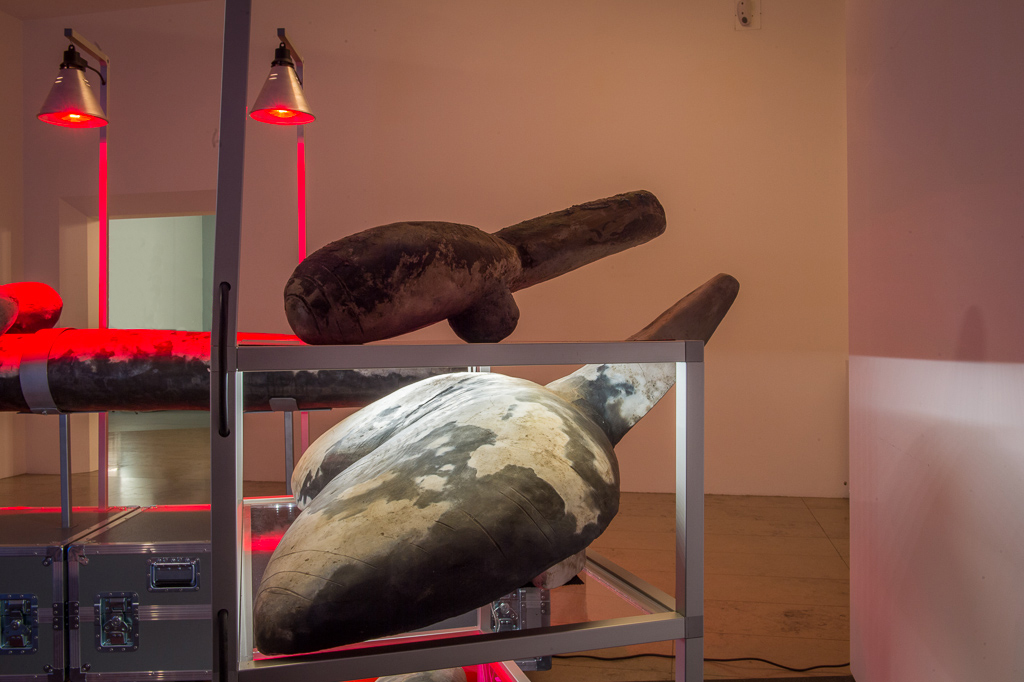 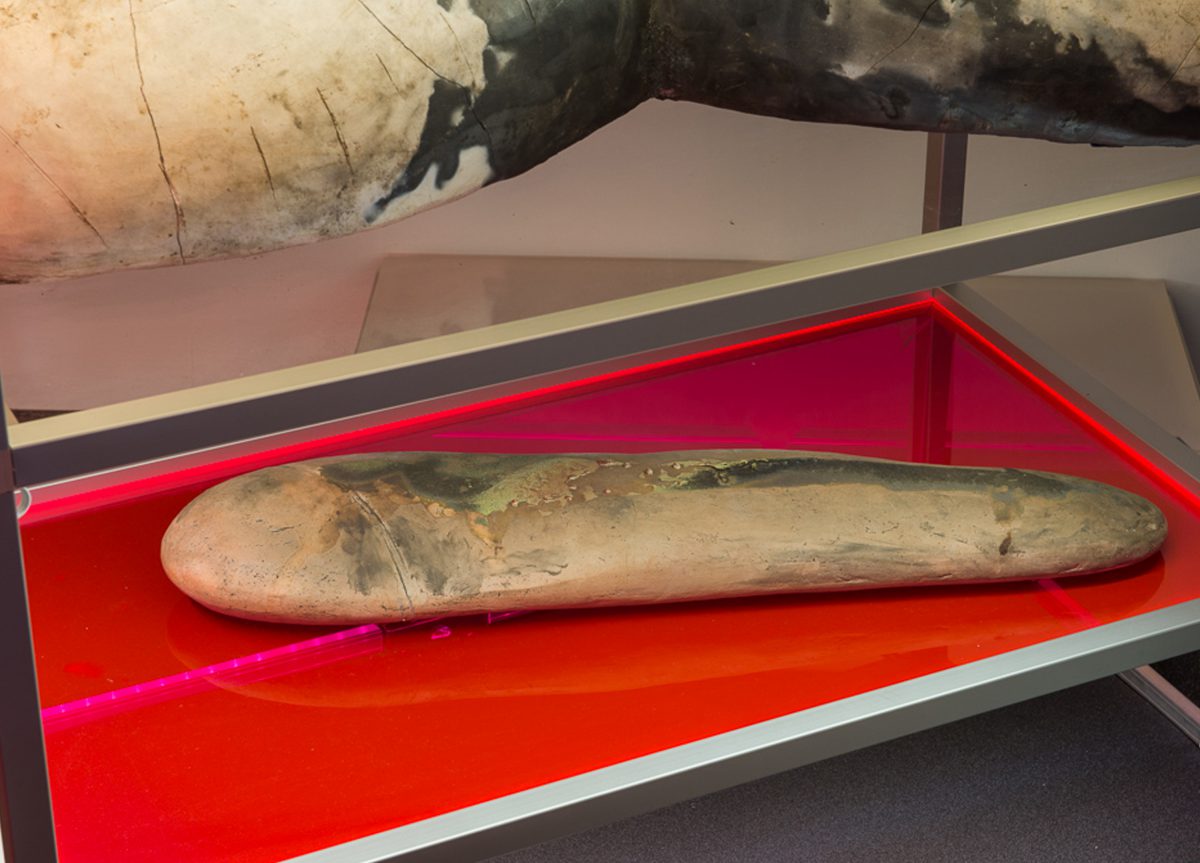 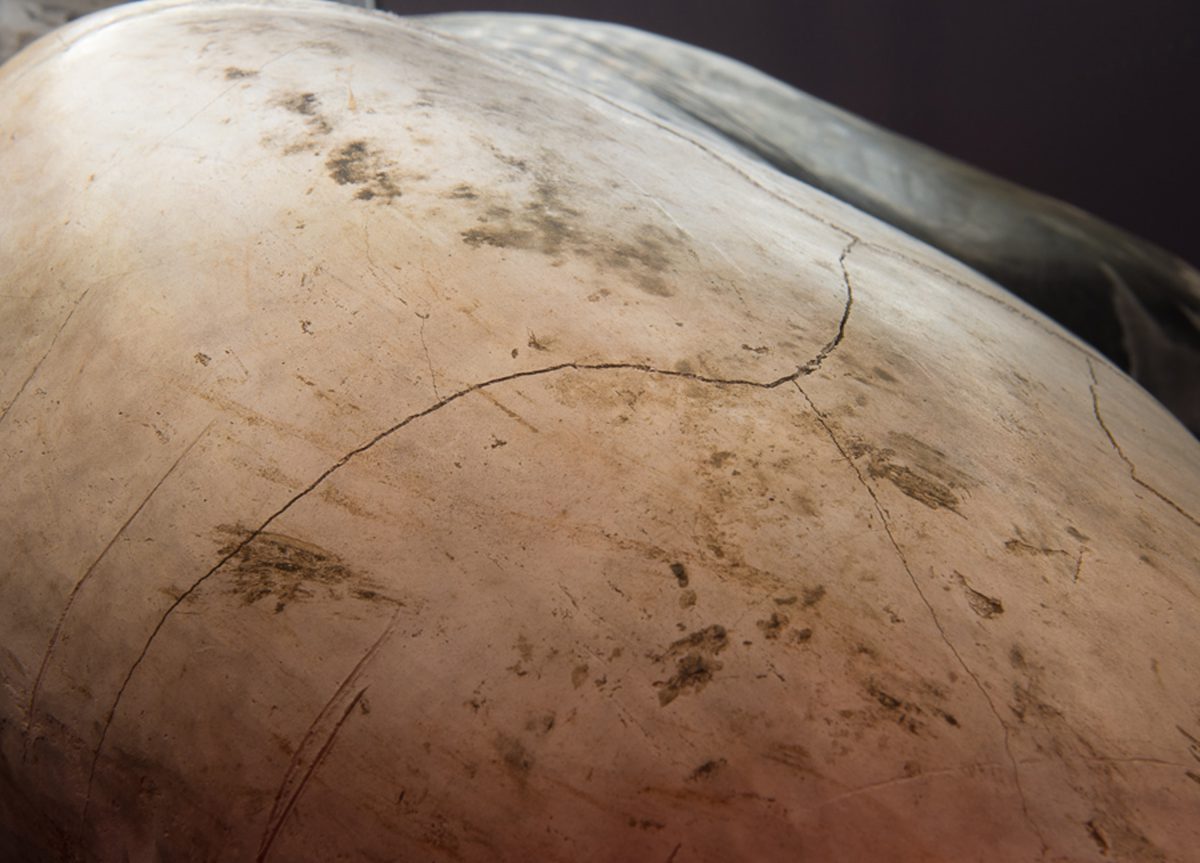 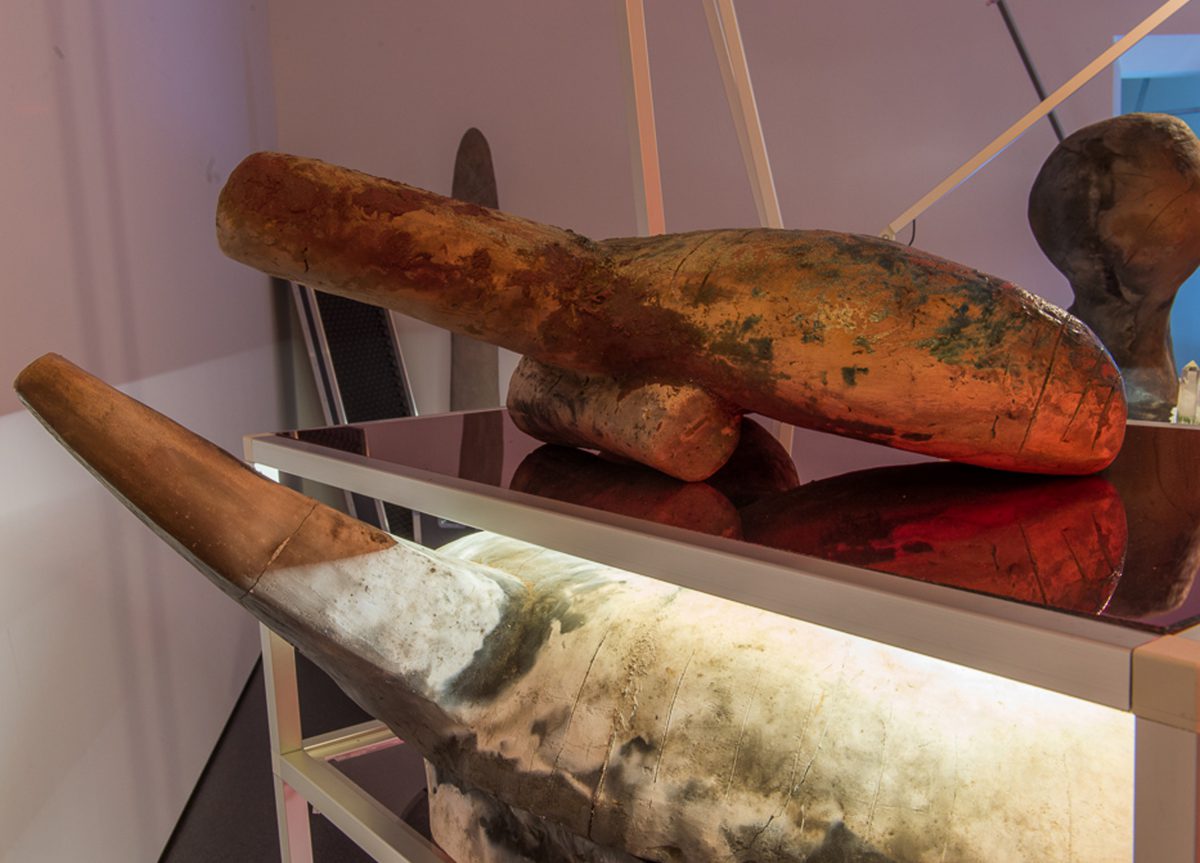 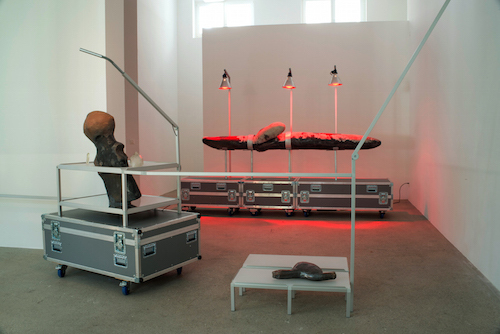 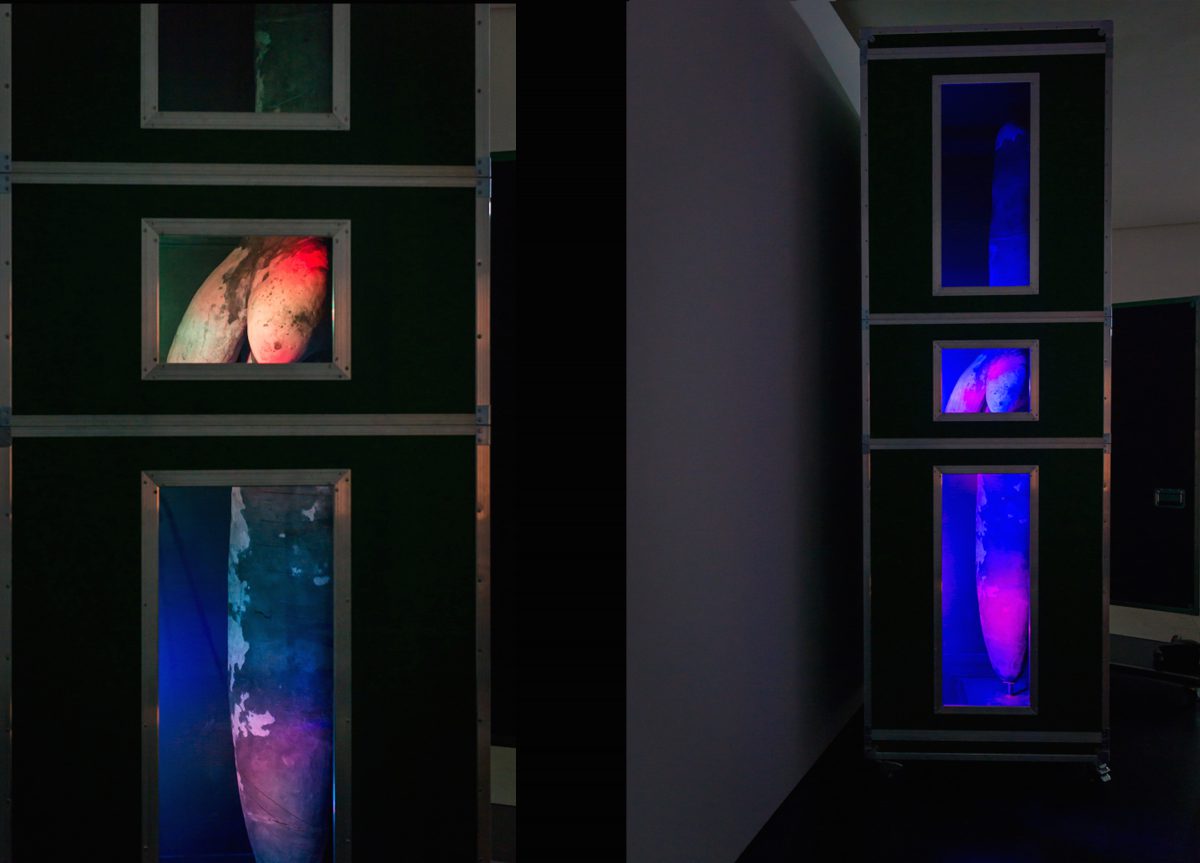 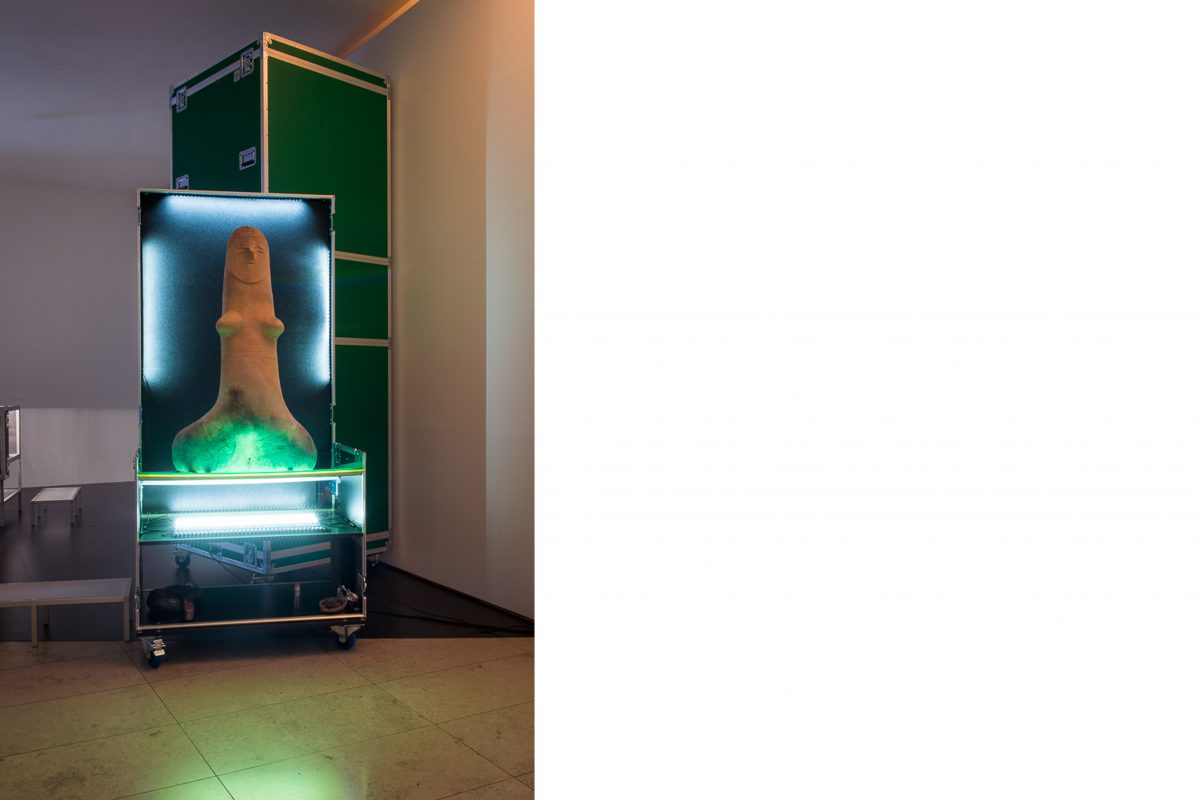 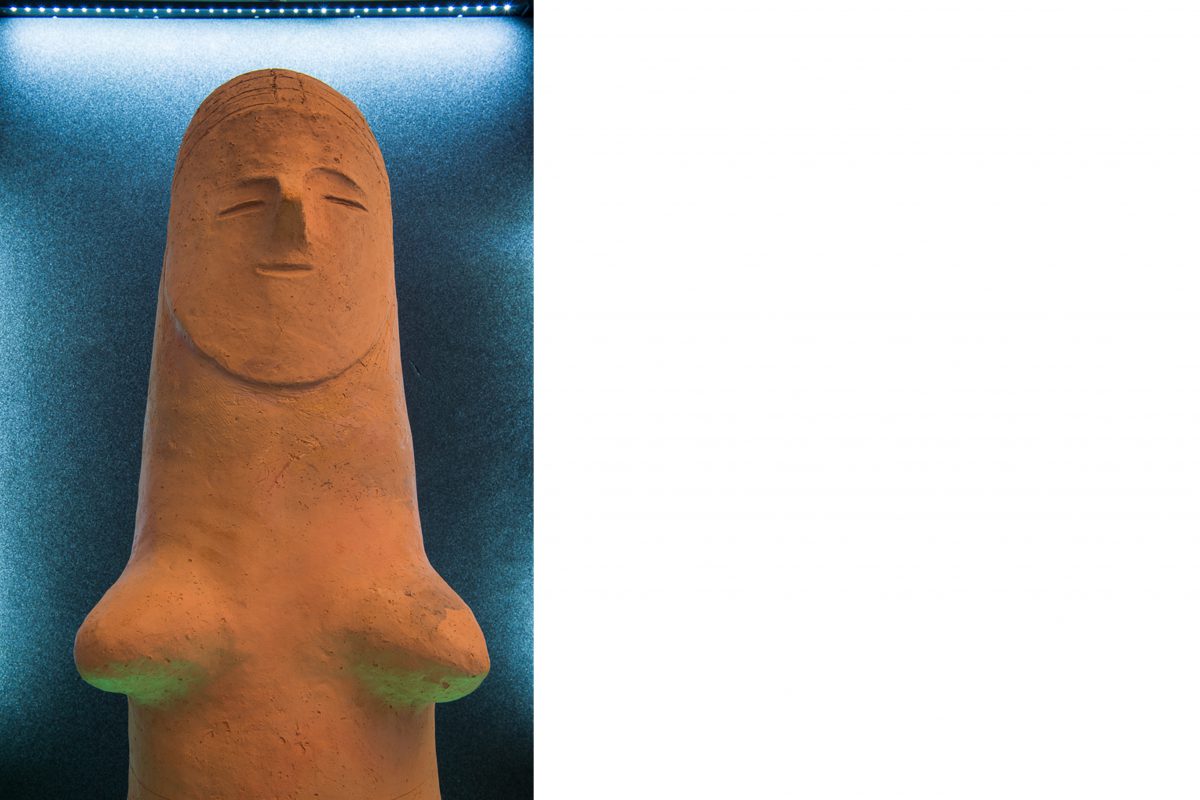 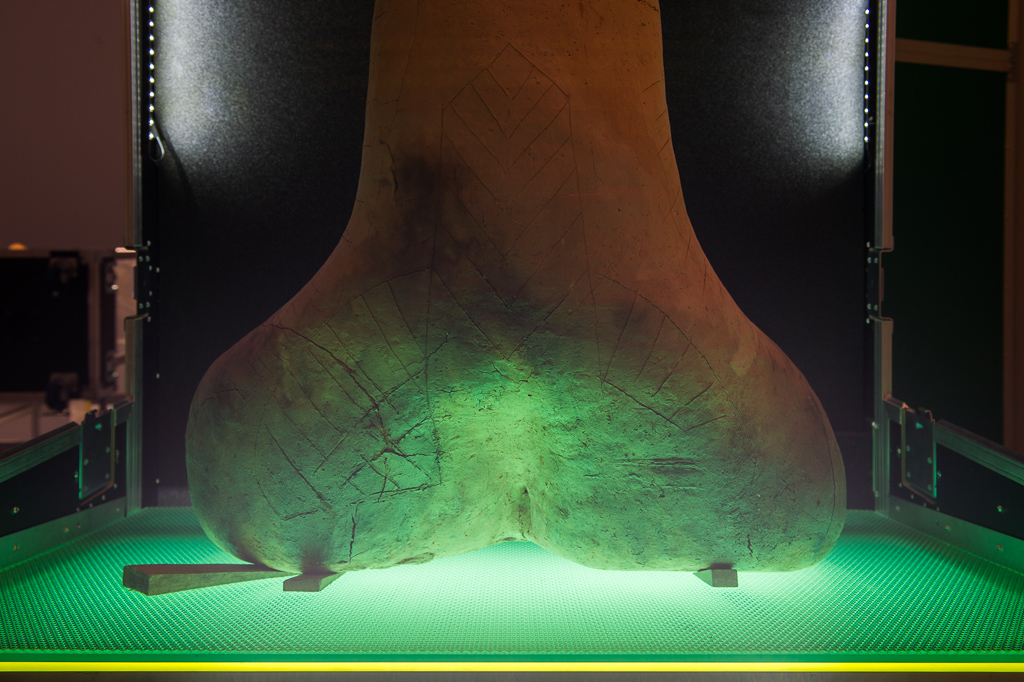 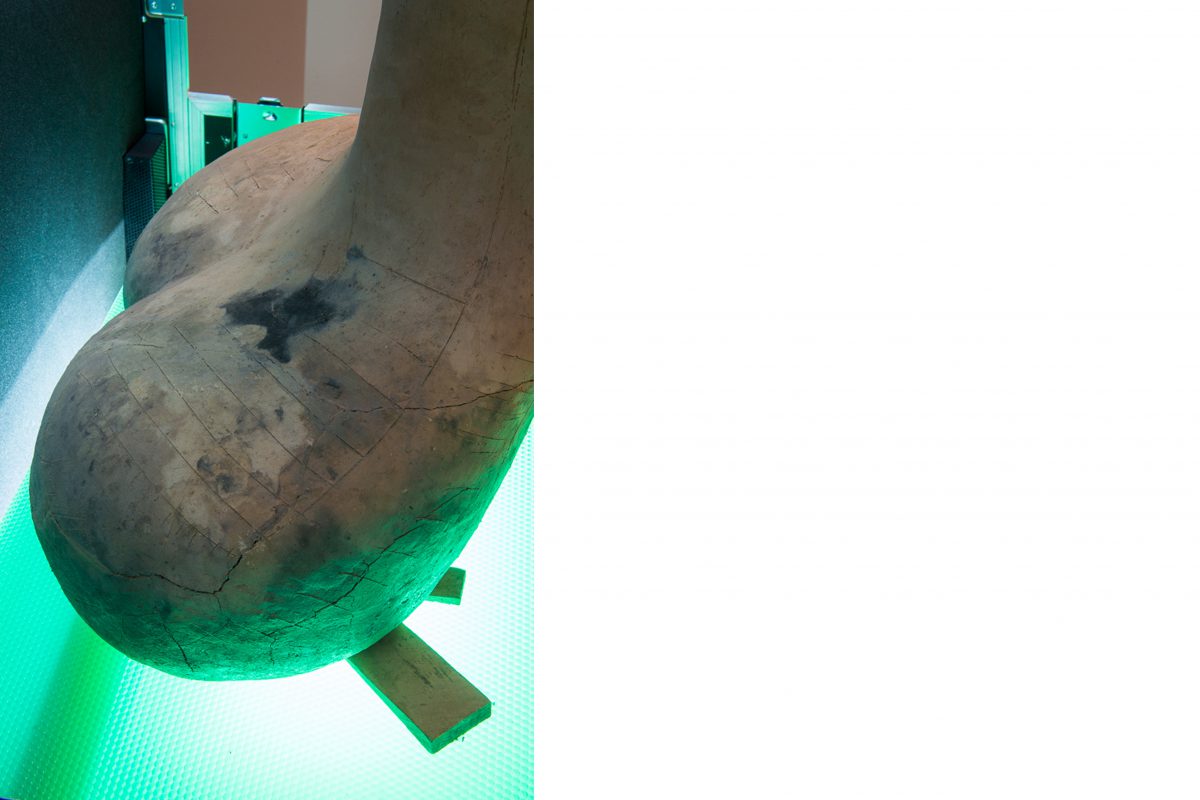 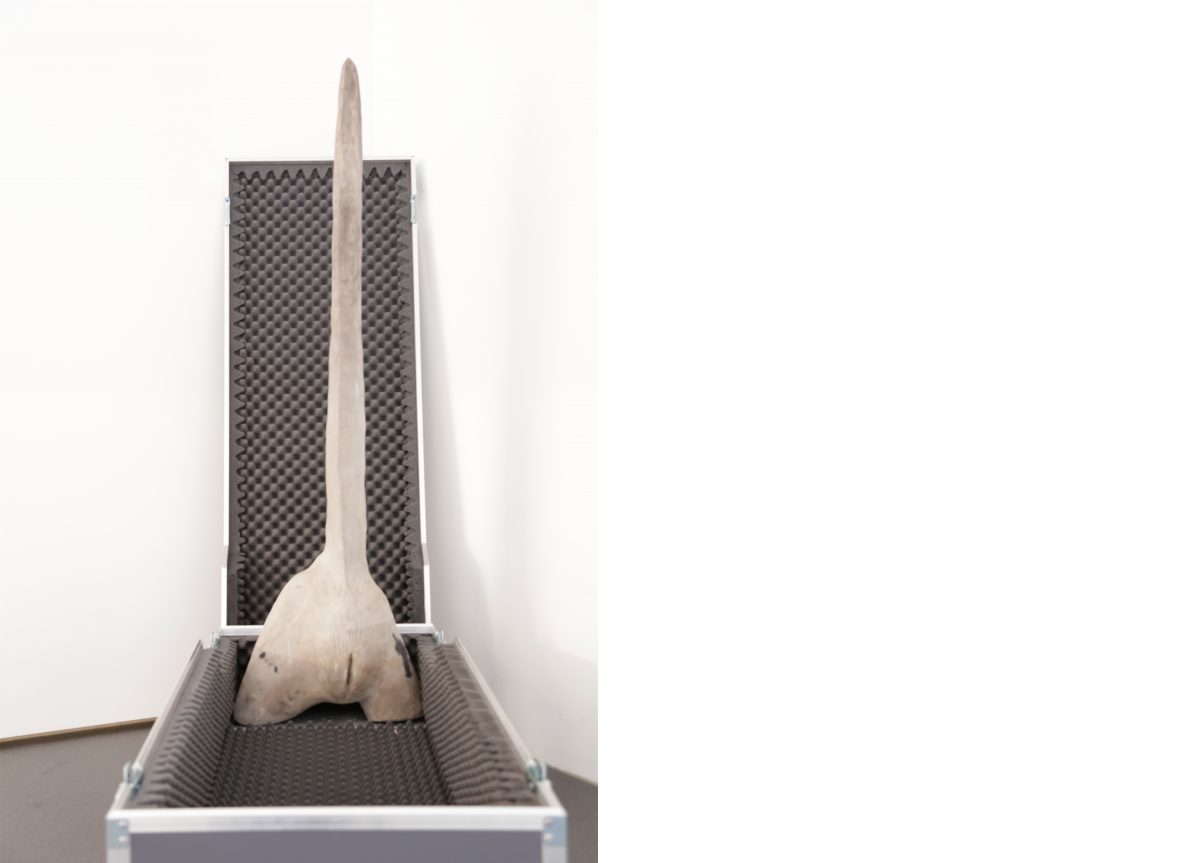 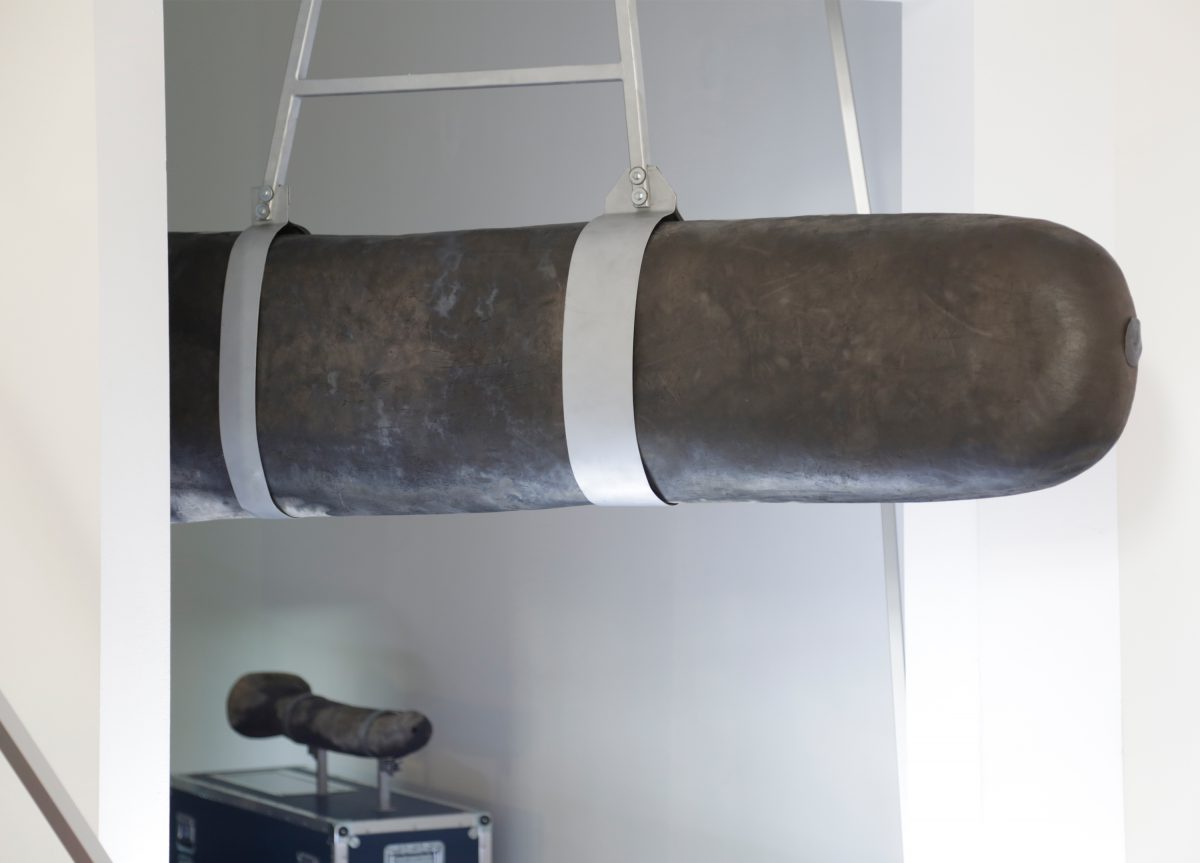 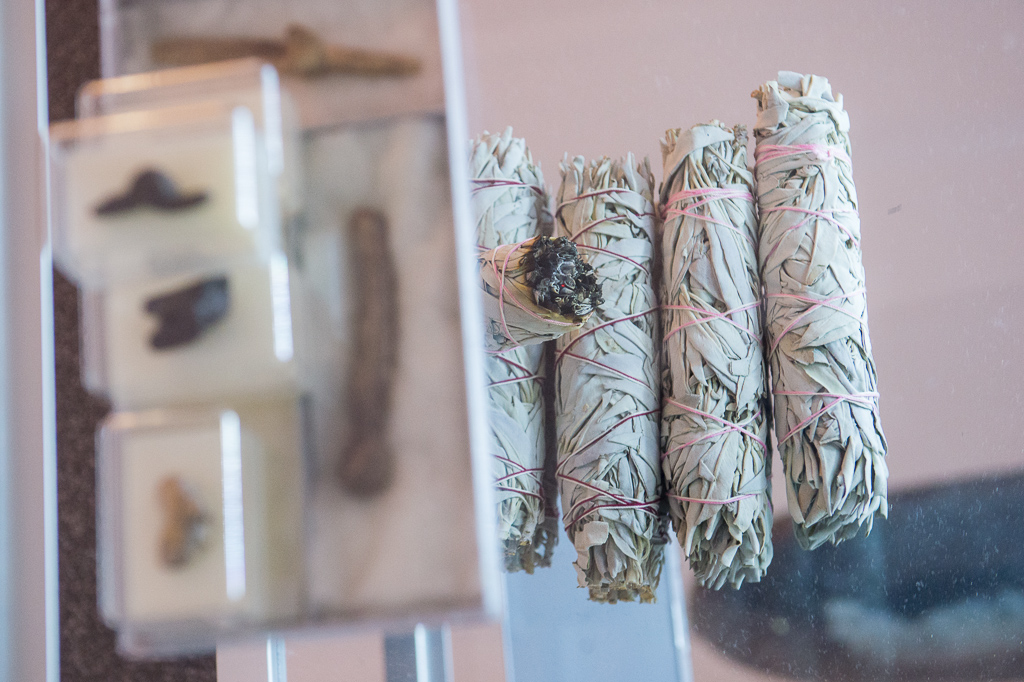 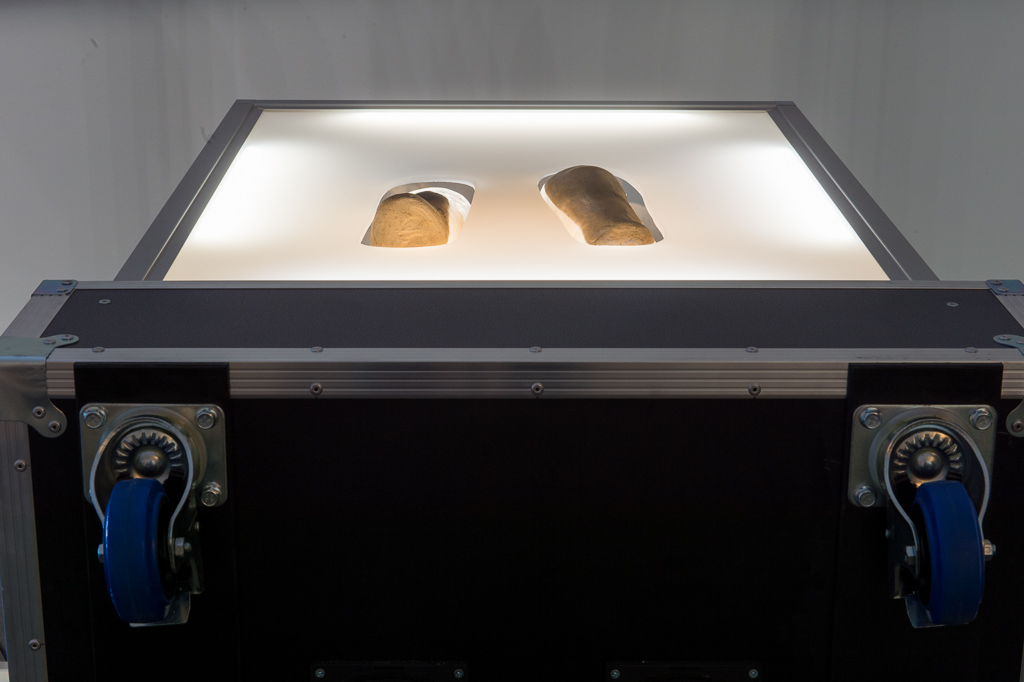 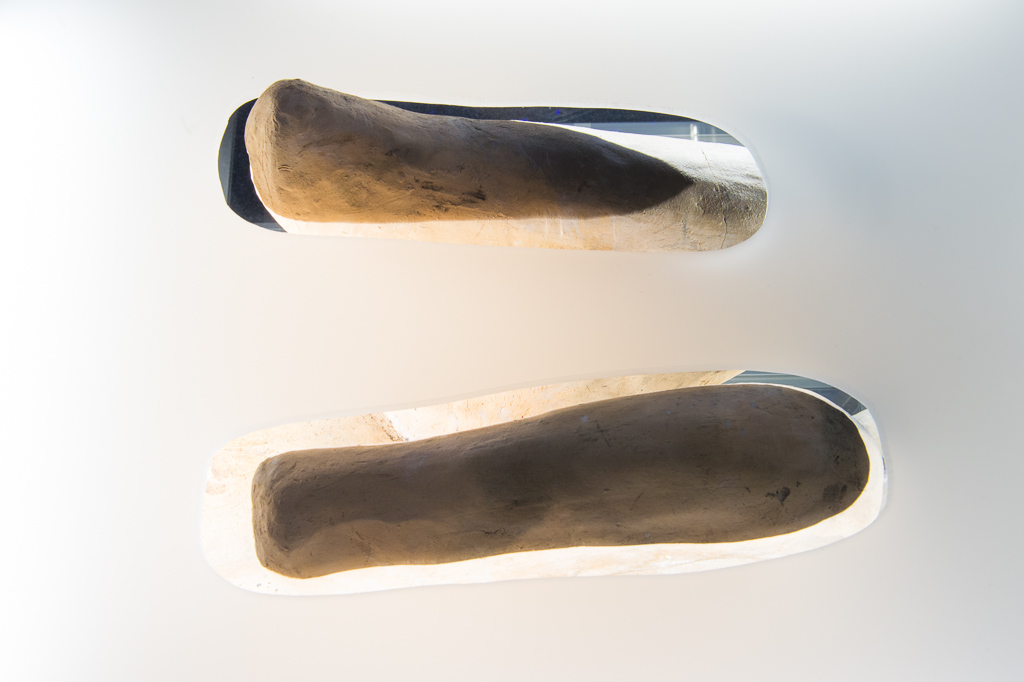 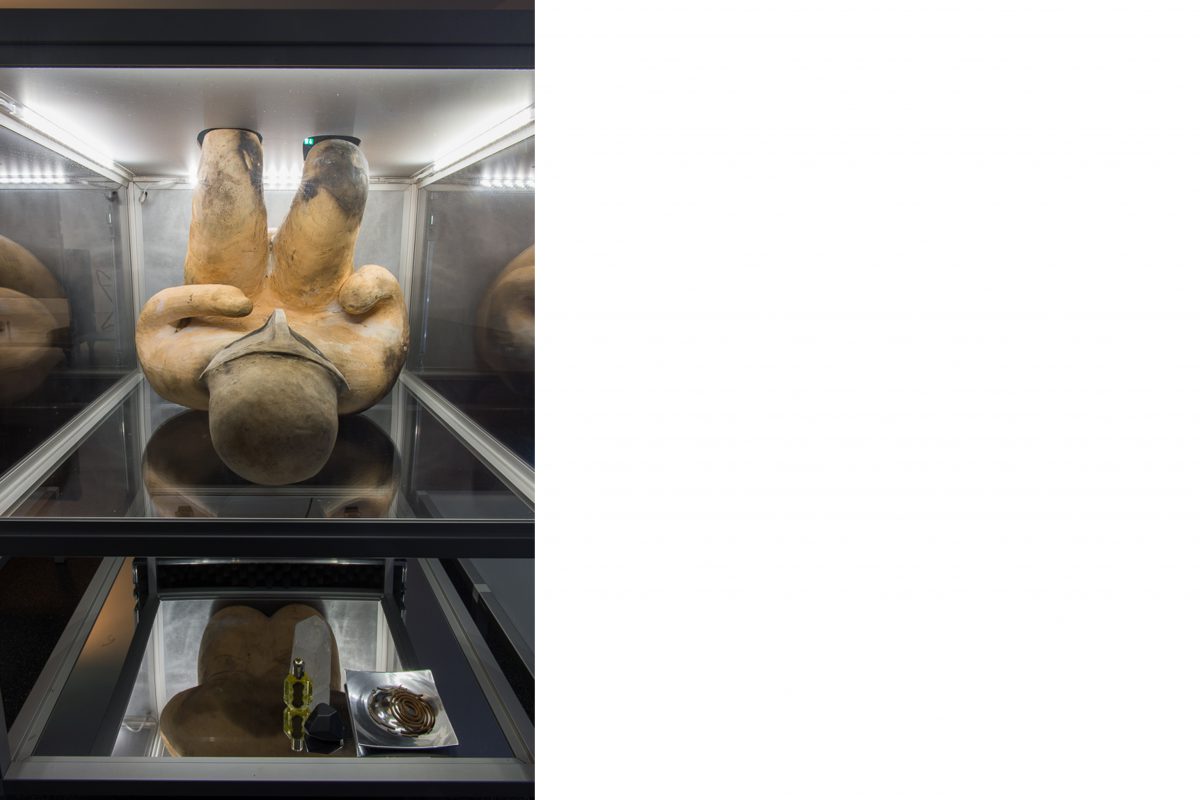 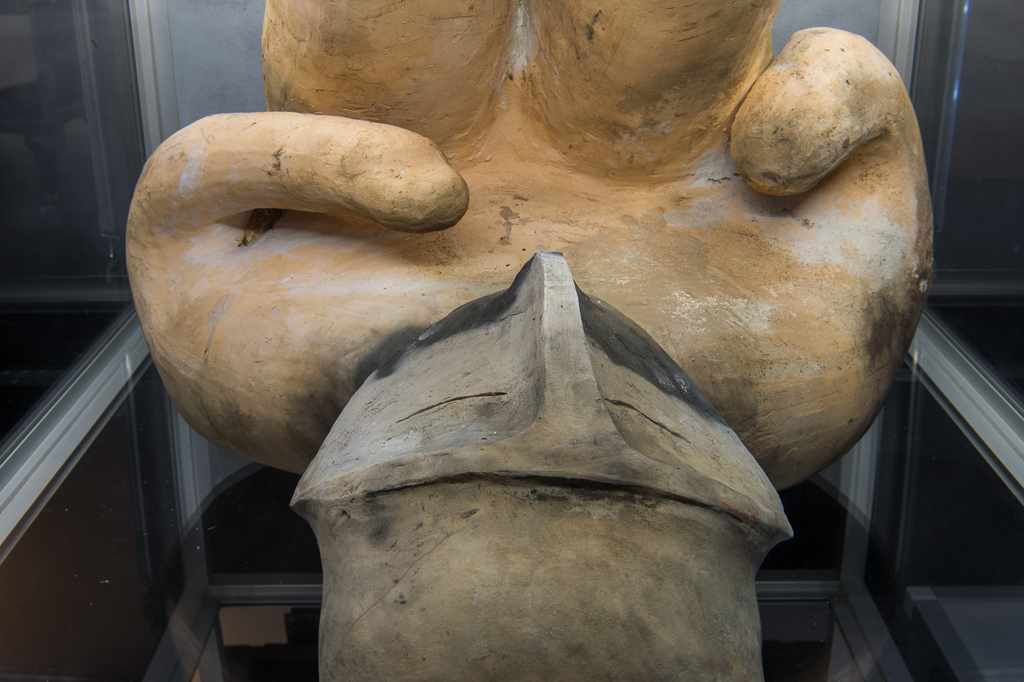 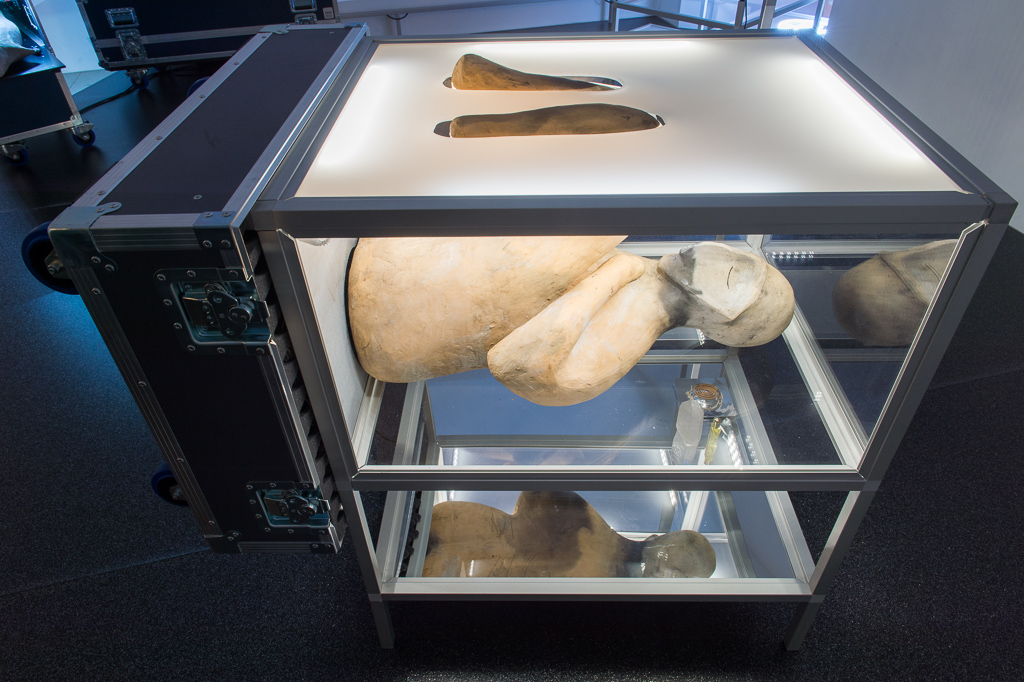 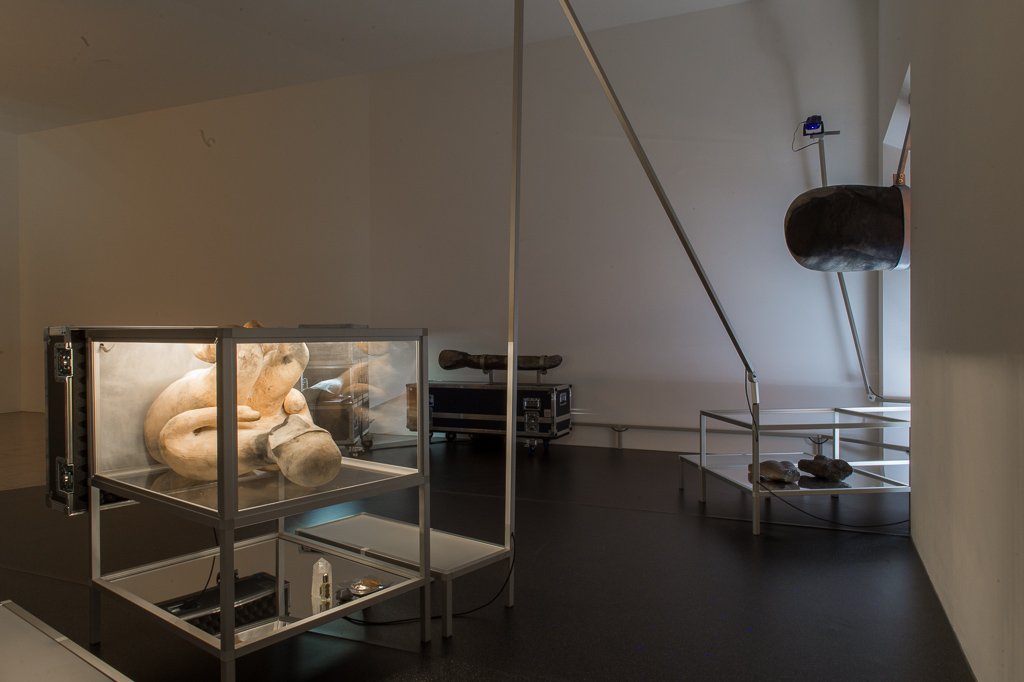 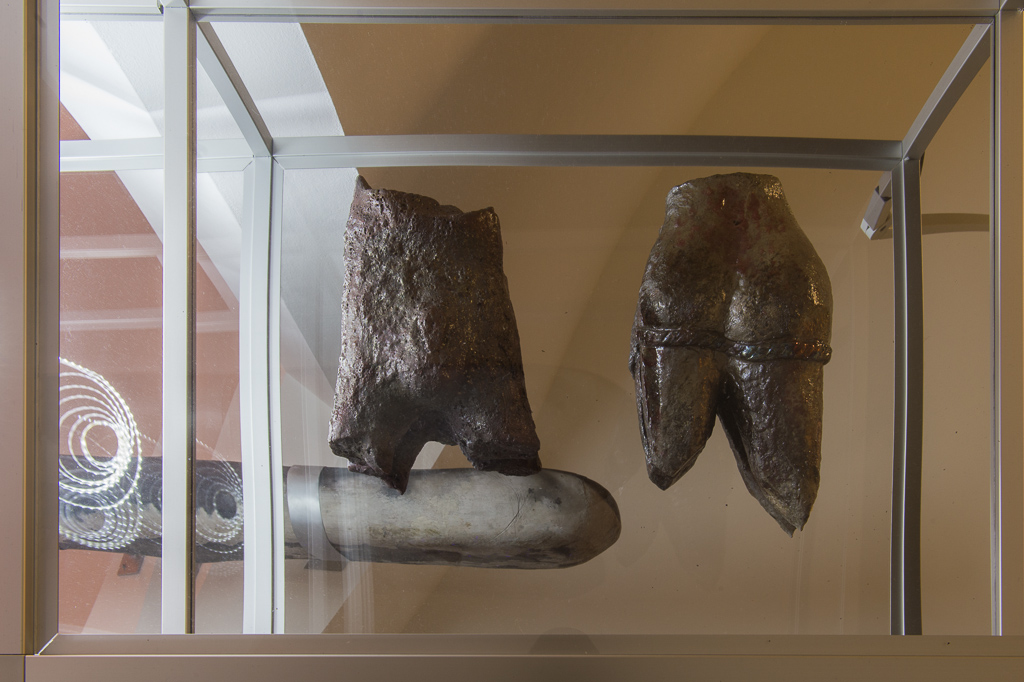 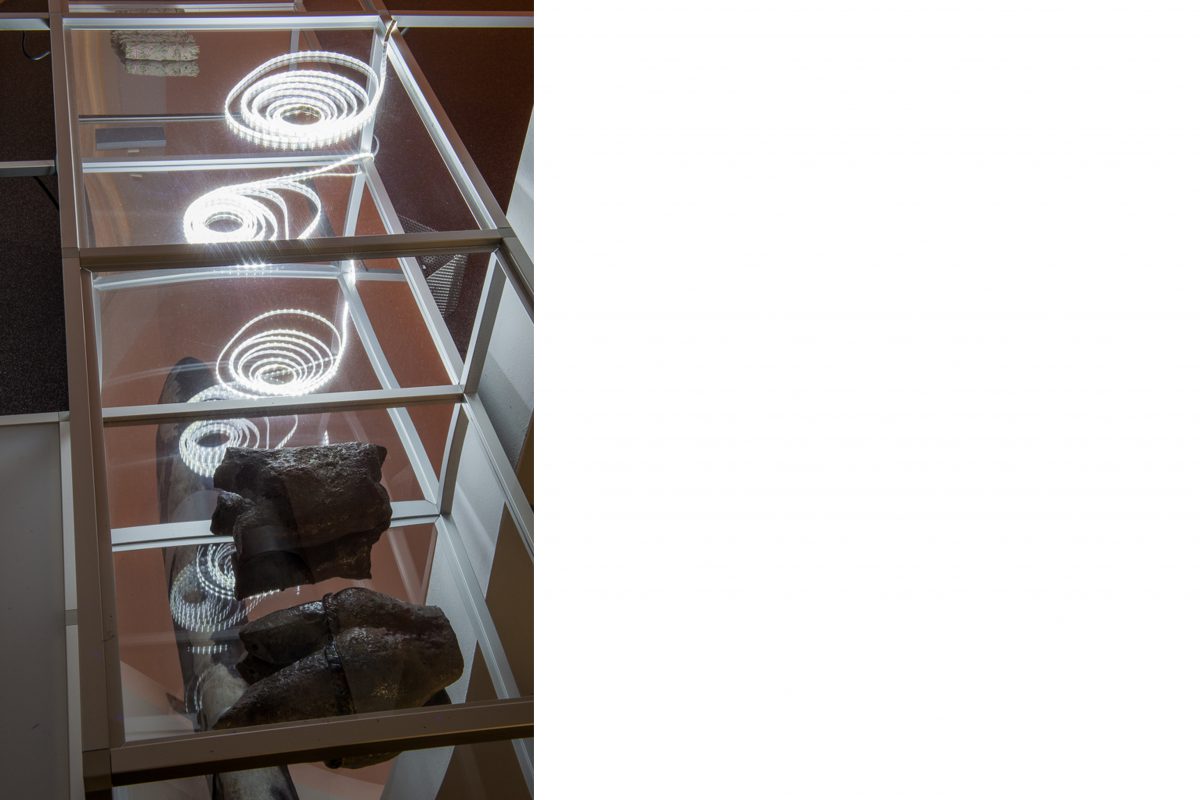 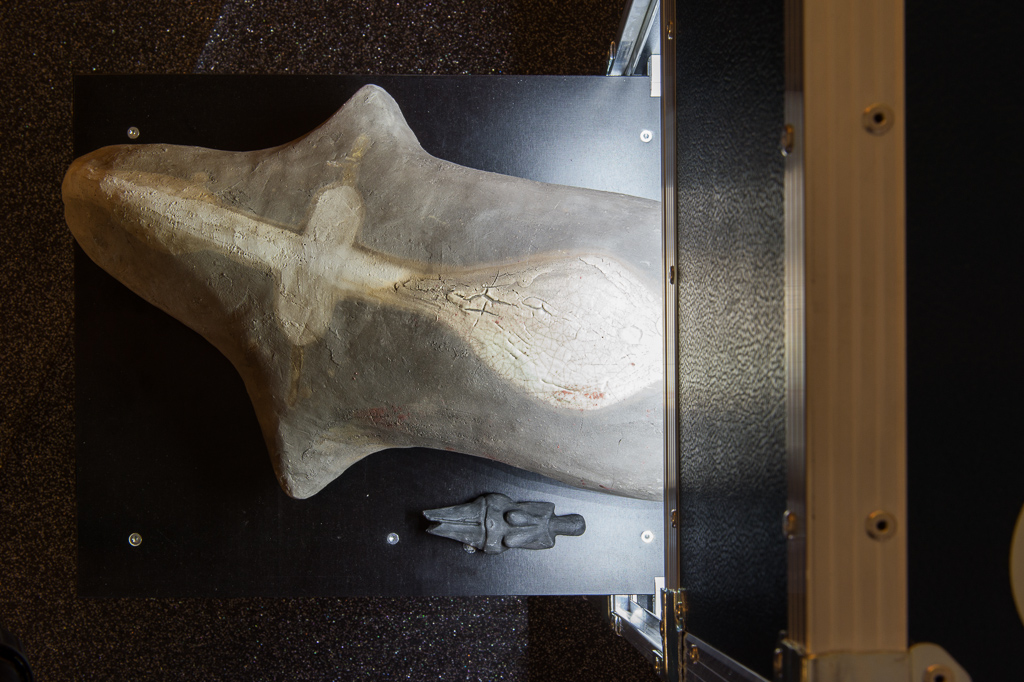 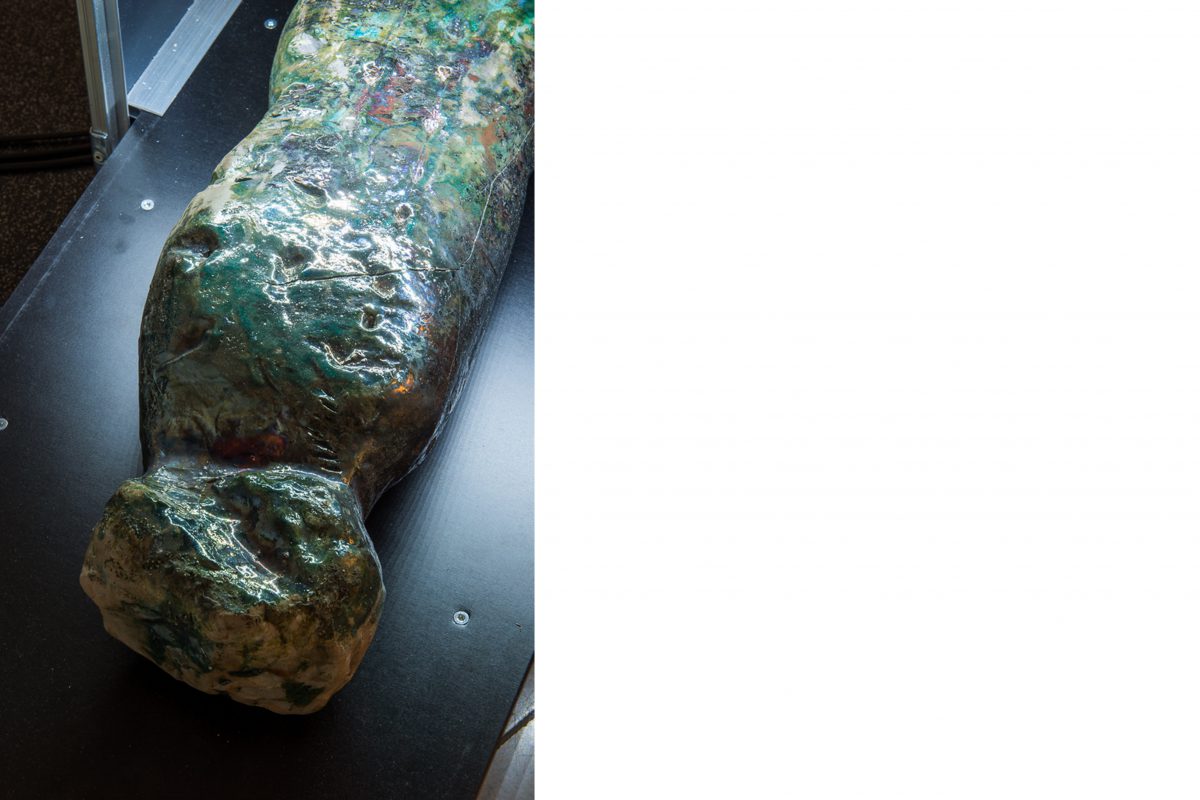 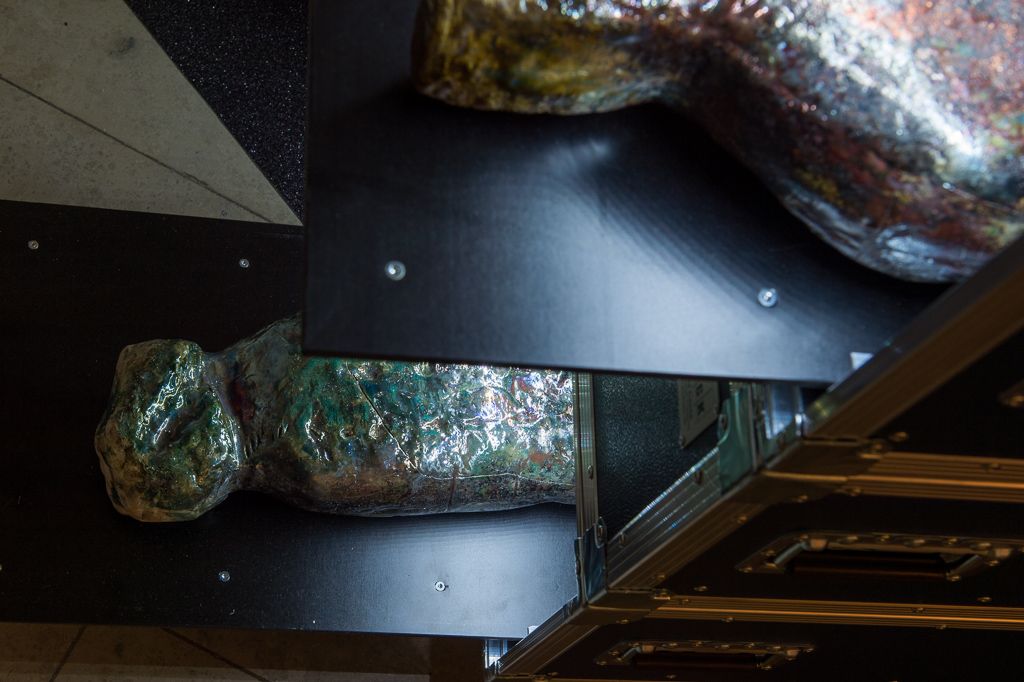 Ontology of the In-Between is part of Experimental Archeology, a larger cycle of reenactment projects. It focuses on prehistoric objects that possess both male and female characteristics. These many-gendered sexual objects were presented in cooperation with the Colombischlössle Archeological Museum and Museum für Neue Kunst in Freiburg; both museum projects revolved around the idea of an exhibition based on several prehistoric objects dating from 40,000–12,000 BC. The artist selected objects that had primary and secondary sex traits and no diametrically-opposed gender specificity. She then created enlarged reconstructions of the objects (which are only a few centimeters long in their original form) and fired them in low-temperature, wood burning kilns during a three-day, full moon ceremony in the Black Forest. Newly charged with energy from the ritual, the fired ceramic artefacts were subsequently arranged in portable airplane cases fitted with laser lights.

„Ceramics has a lot to do with “grounding” in an earthy sense—pulling clay from the ground, the “physical mass” that turns from a soft consistency into a clearly defined body. Traditionally it was always associated with fire, with all that is irrational, spiritual and animating. The ceramics community is very divided on this aspect. There is a kind of dualistic reasoning as far as the physical, rational and spiritual are concerned. My project looks at how we can connect these things, and lift this artificial division. These were also important questions for the ceramics community as well. I work with other people so that we can find a solution together, because the projects and questions they raise are complex. They are not so easy to solve.“
(Mathilde ter Heijne in conversation with Sabeth Buchmann).