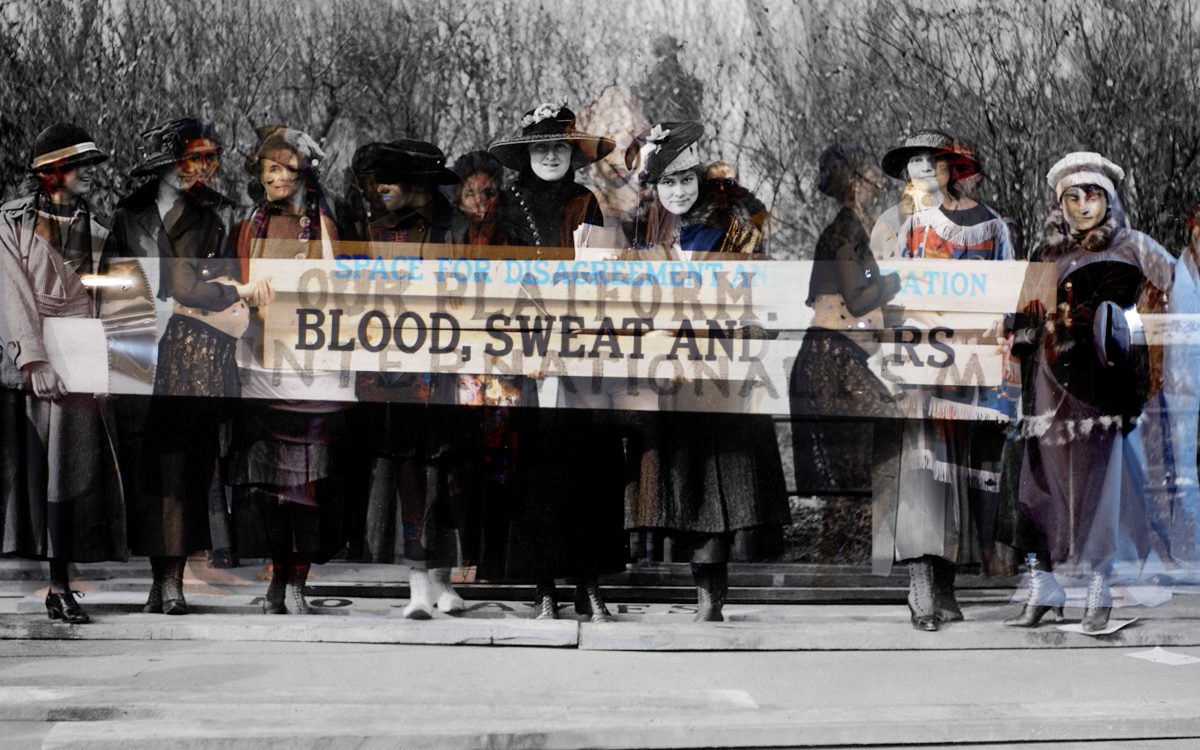 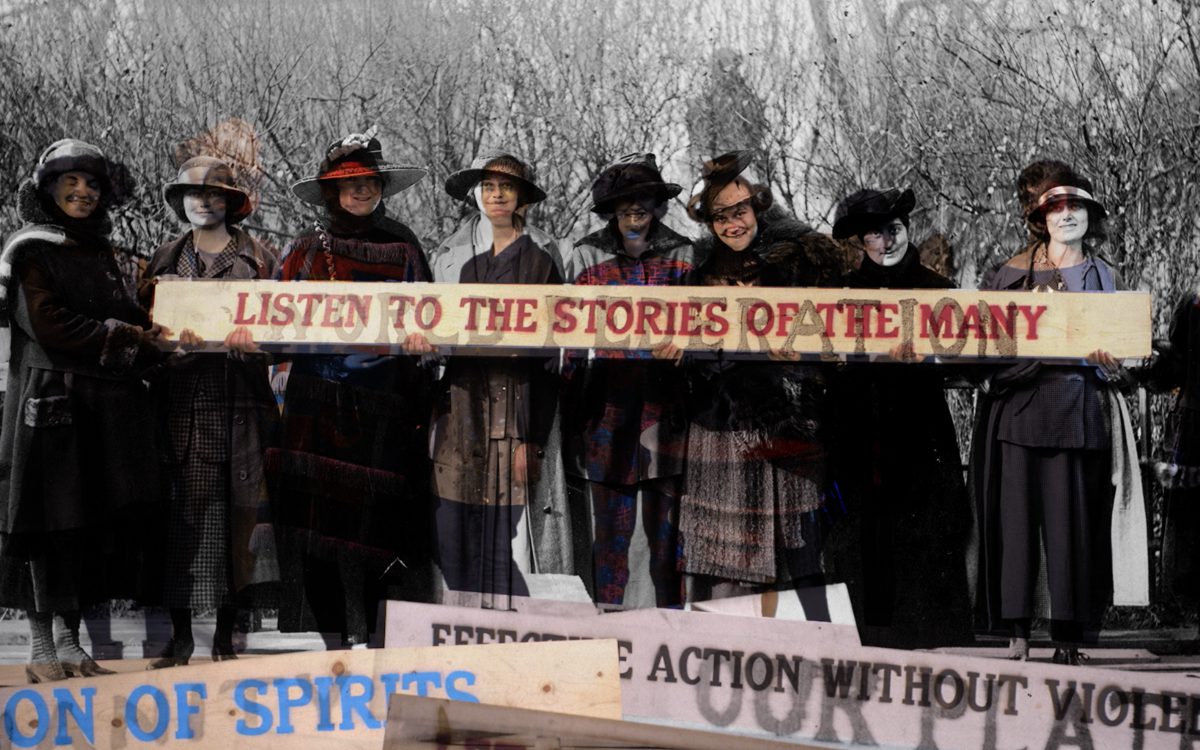 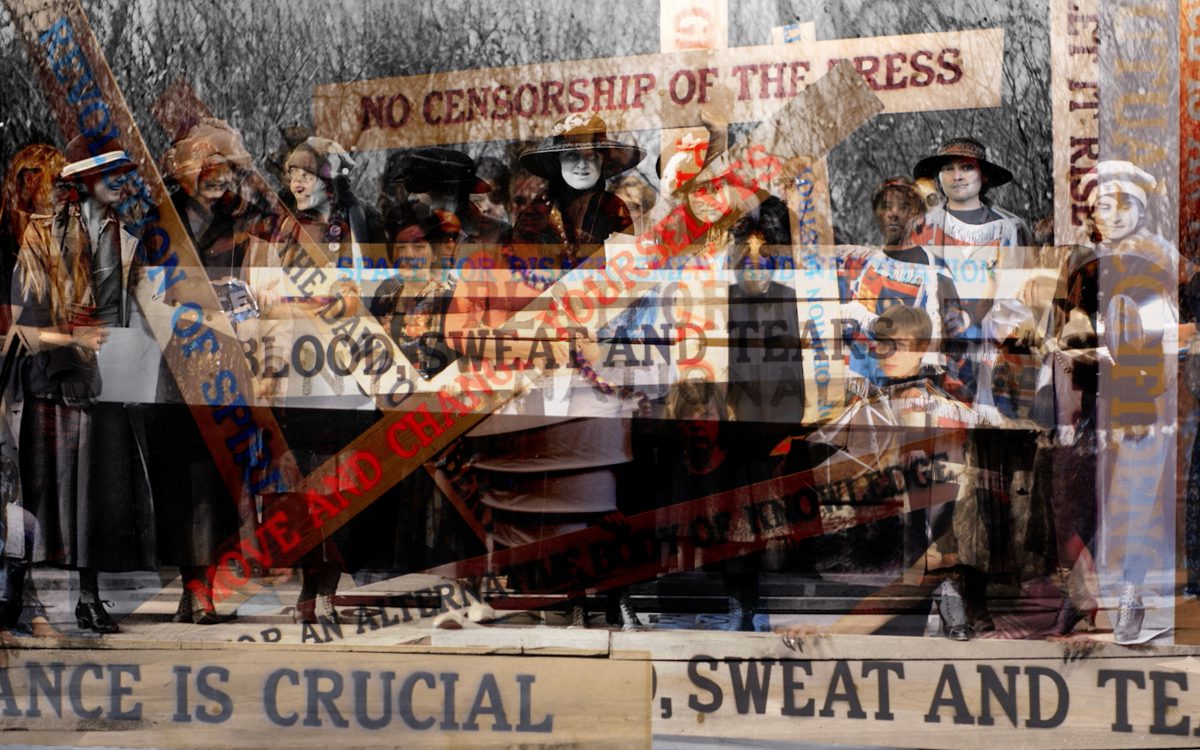 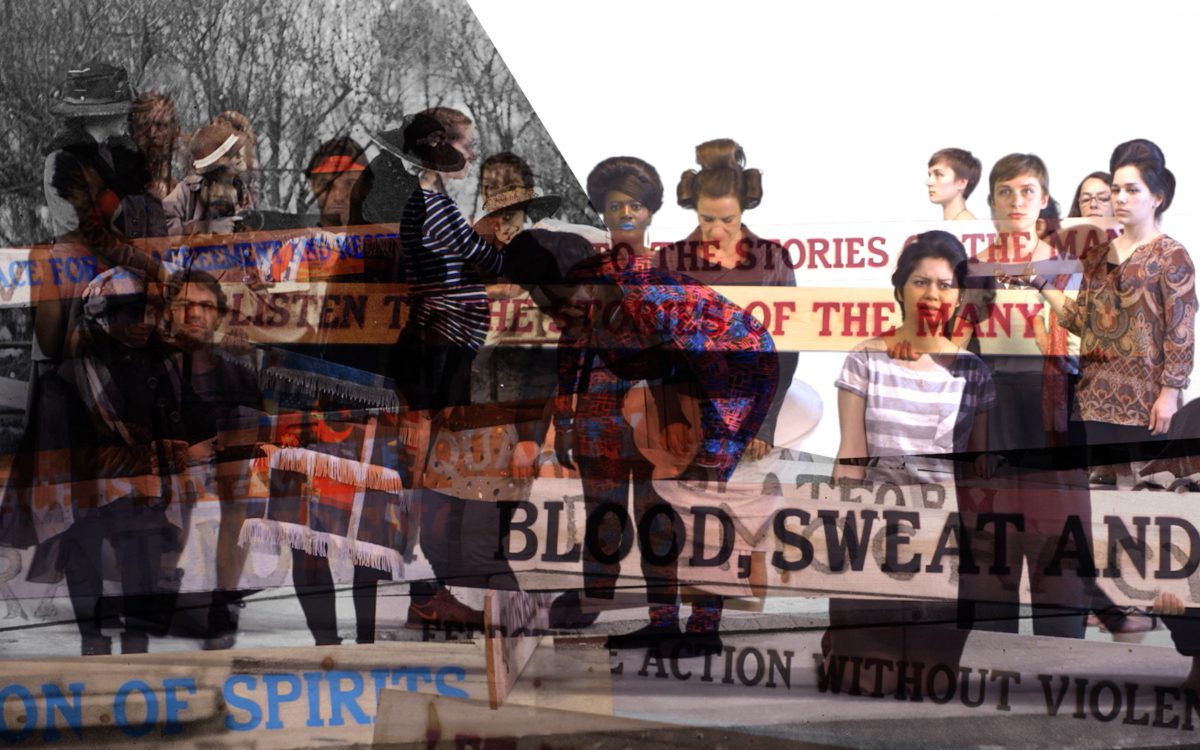 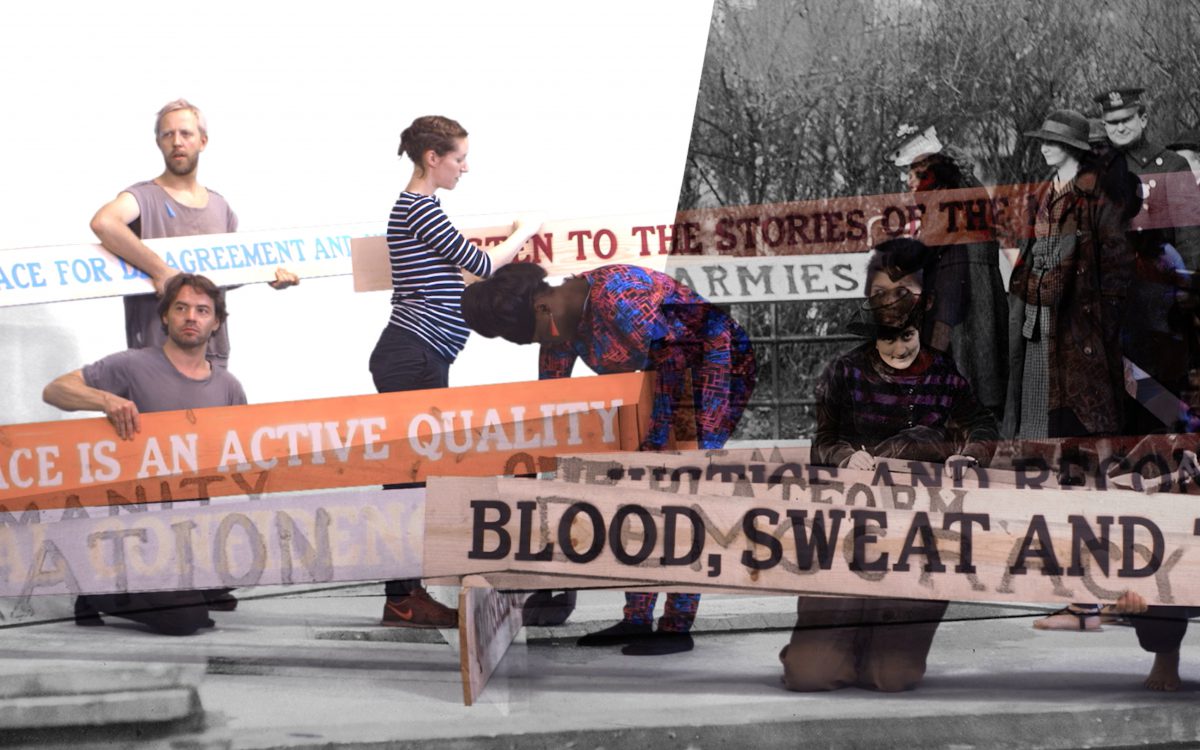 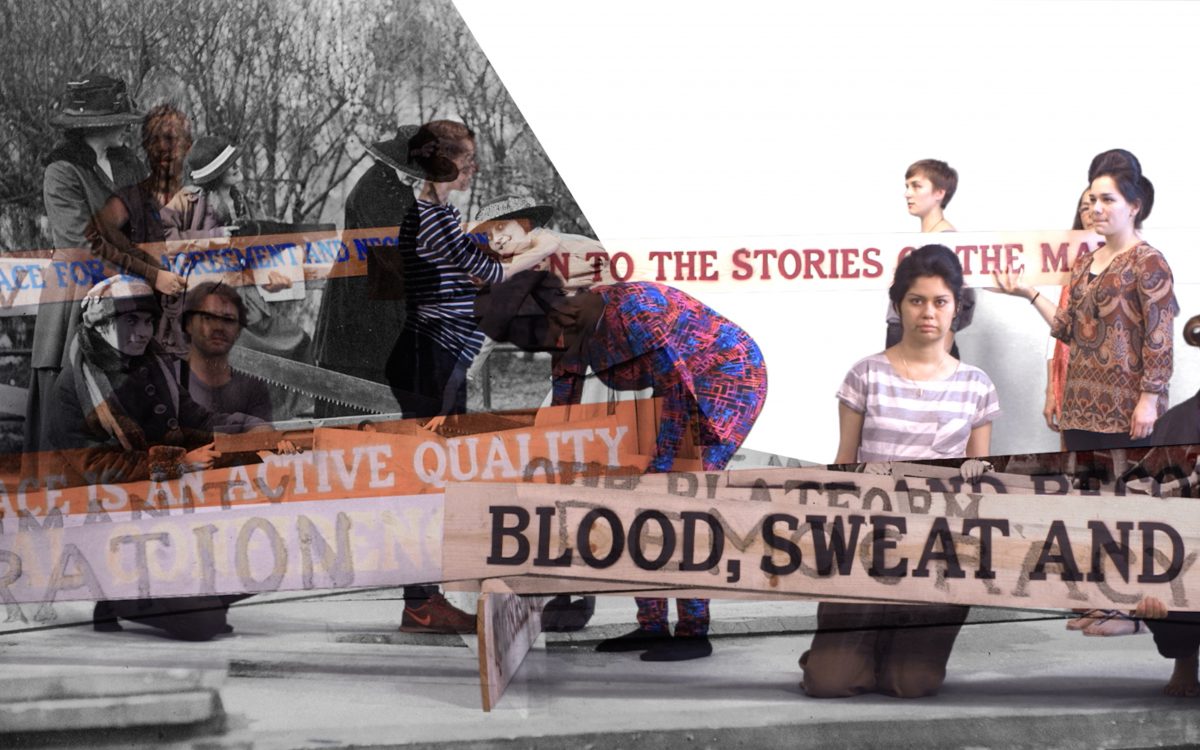 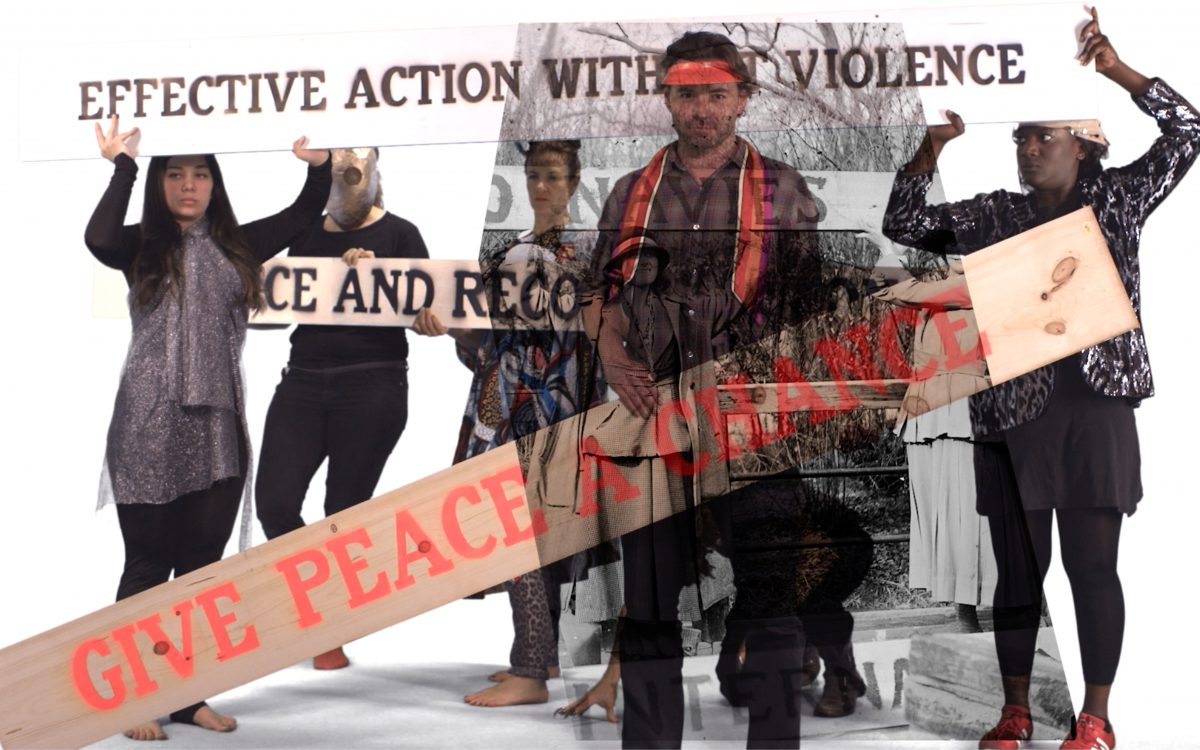 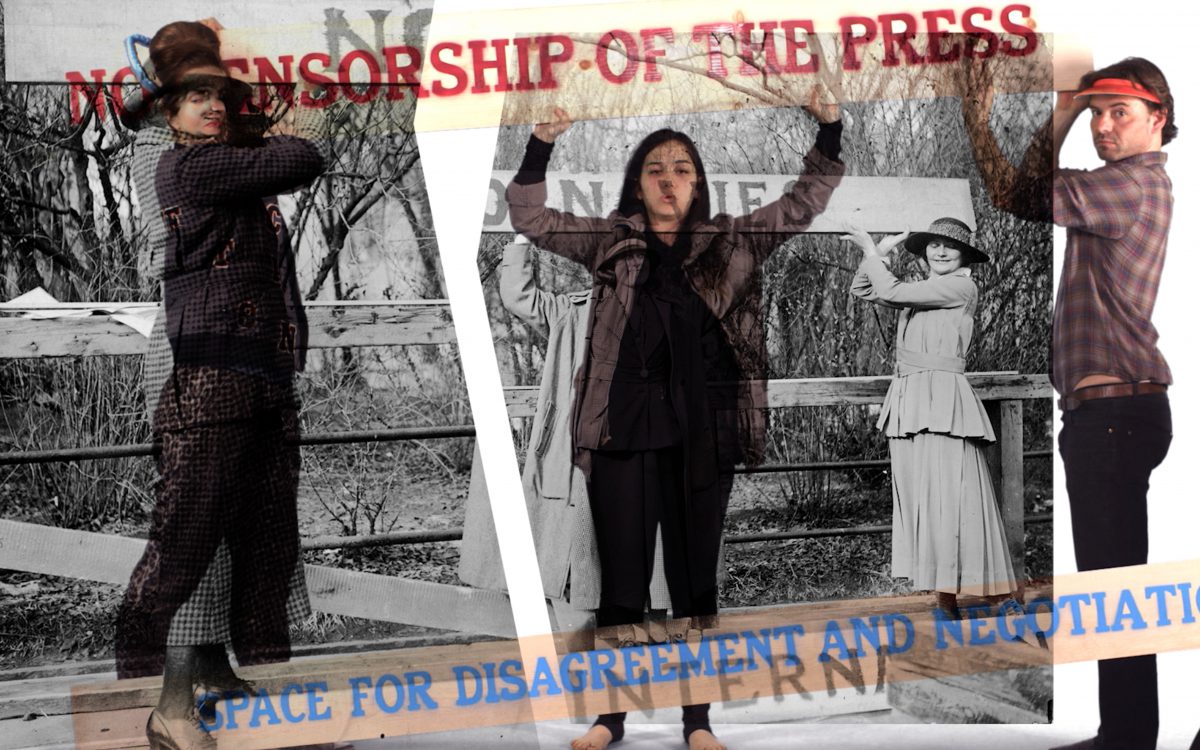 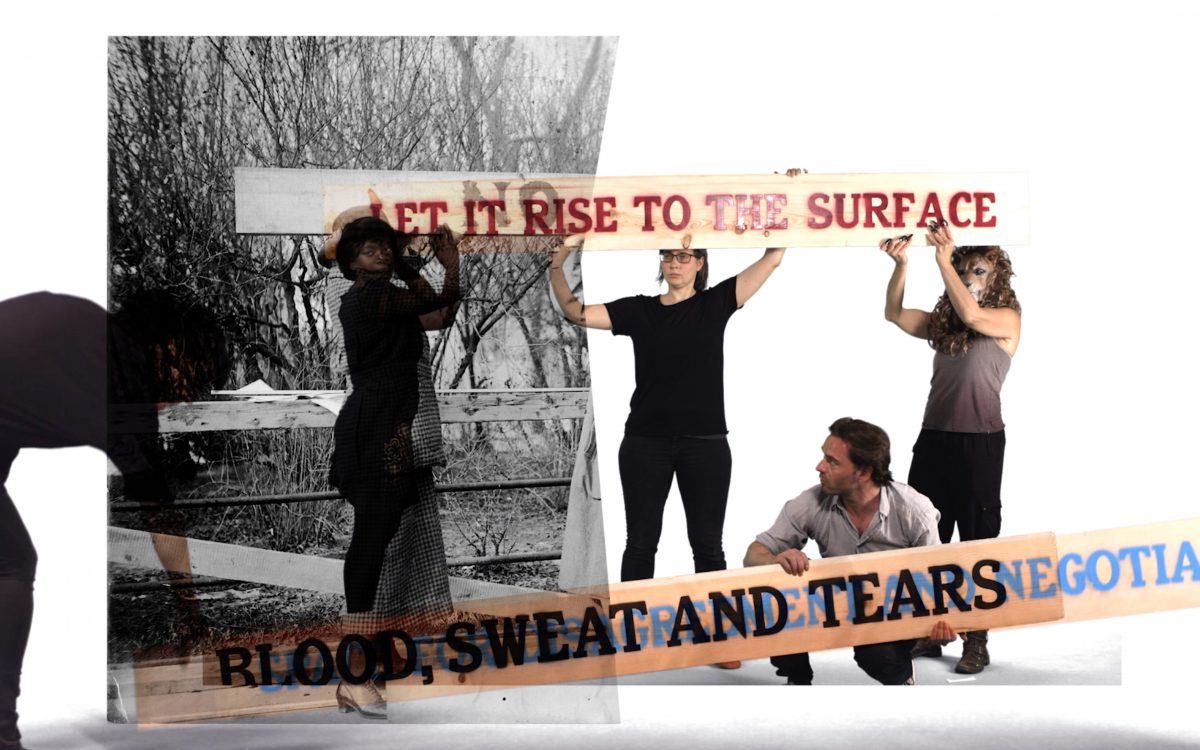 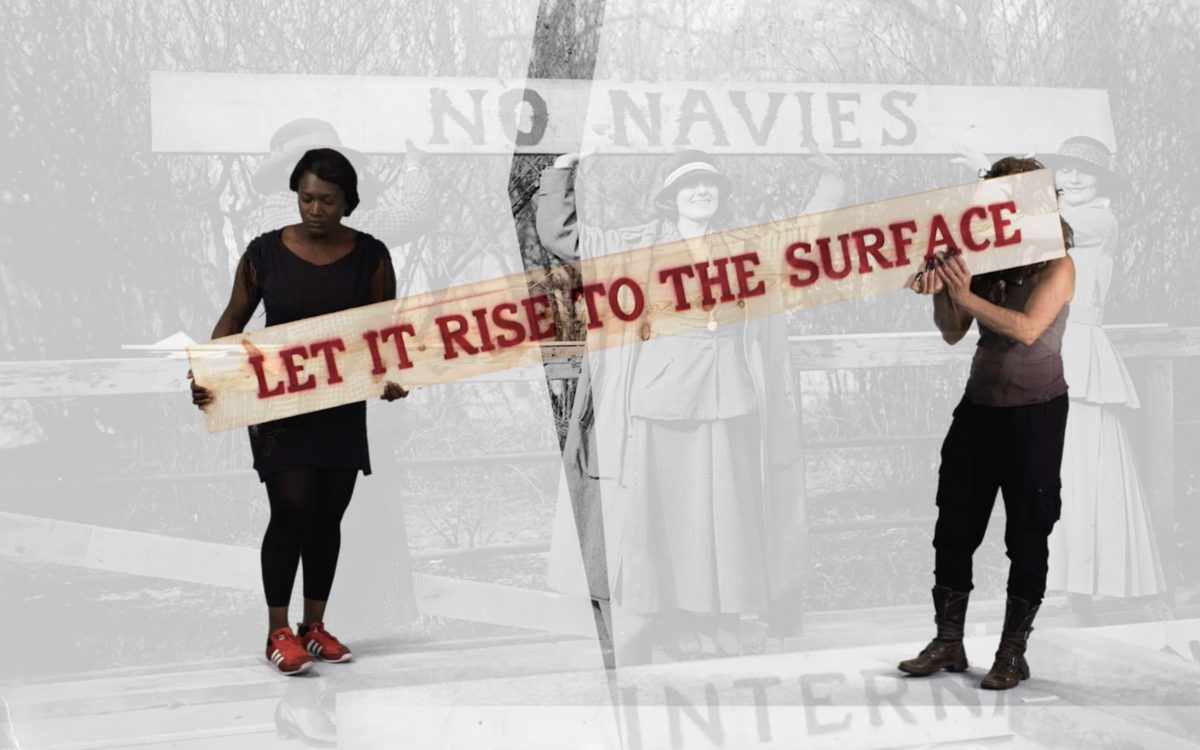 Face to the Dawn of Liberty is a single-channel video created as part of Blood Sweat and Tears. It combines speeches from peace activists at the 1915 Hague Woman’s Peace Conference with contemporary reflections on conflict resolution. It specifically focuses on the language of first-wave feminism, but also challenges aspects of this history by using actors of different origins and genders to re-enact these speeches. Historical footage of a 1915 intervention organized by the American delegation in New York City’s Central Park merges with video material recorded at a green screen studio in Berlin, while key phrases from the 1915 peace conference speeches are spray-painted onto placards, appropriating historic suffragette protest tactics which were often theatrically staged. Slogans include “Face to the dawn of liberty,” “Let it rise to the surface,” and “Blood, sweat and tears.”

The work has been shown
Blood, Sweat, and Tears—Assembling Past and Future, Körnerpark Gallery, Berlin, 2016