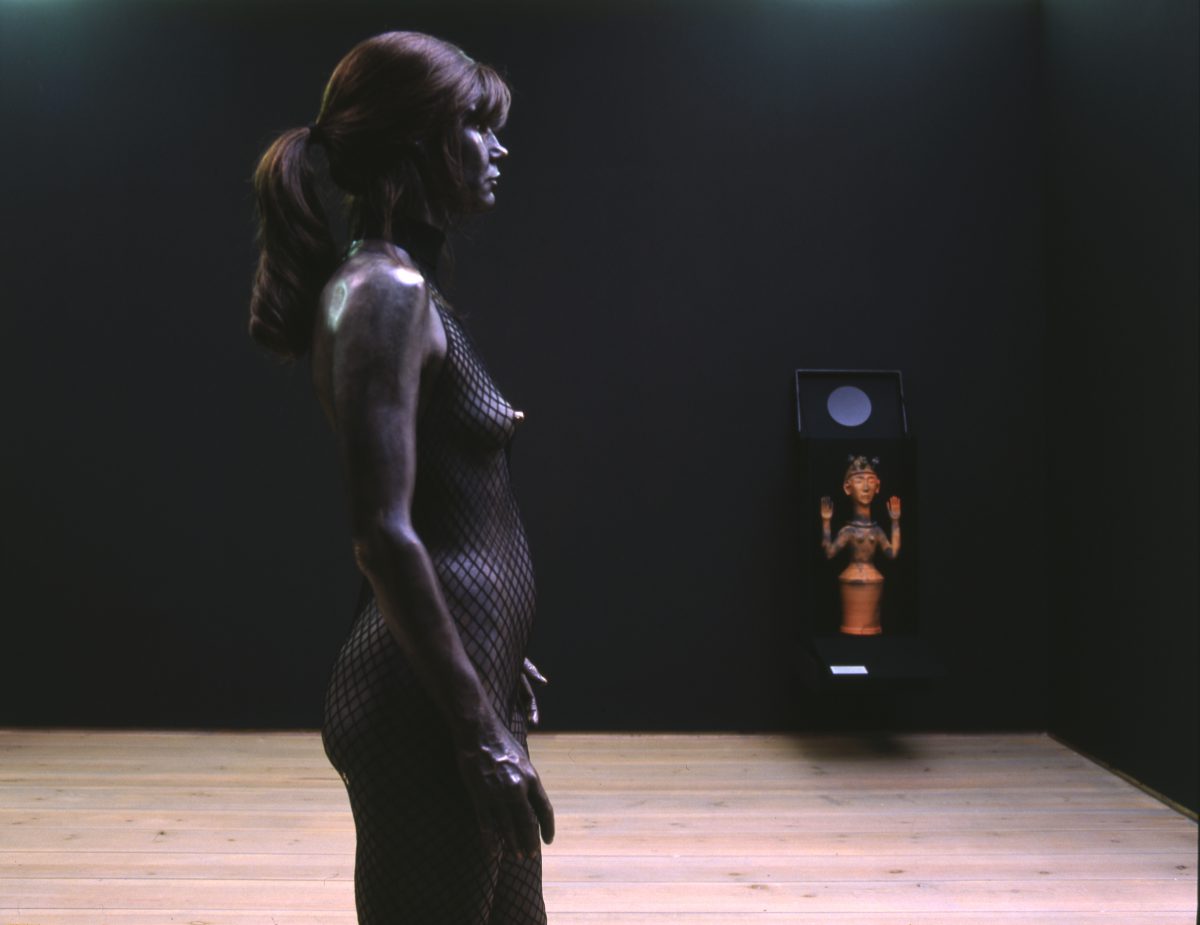 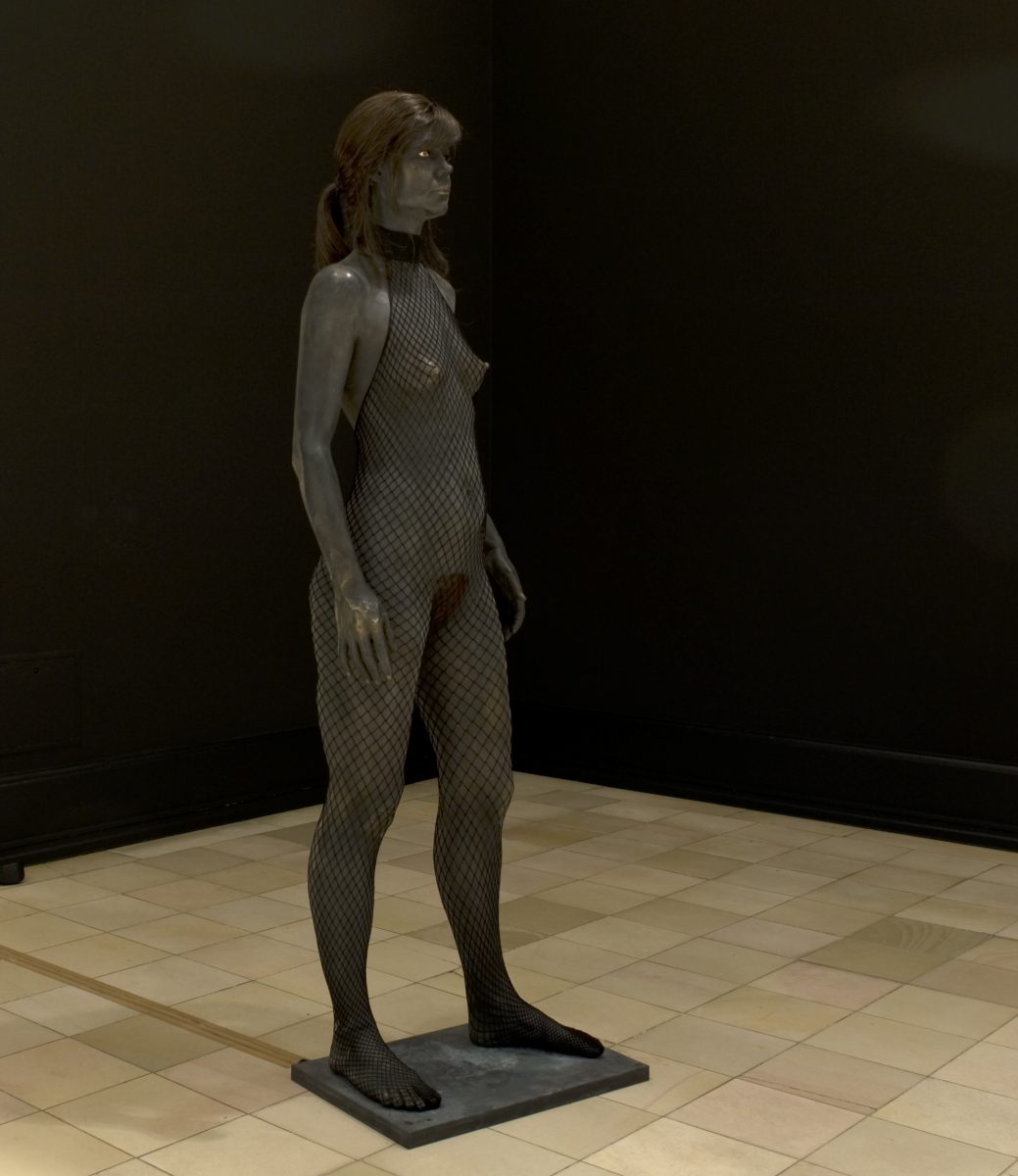 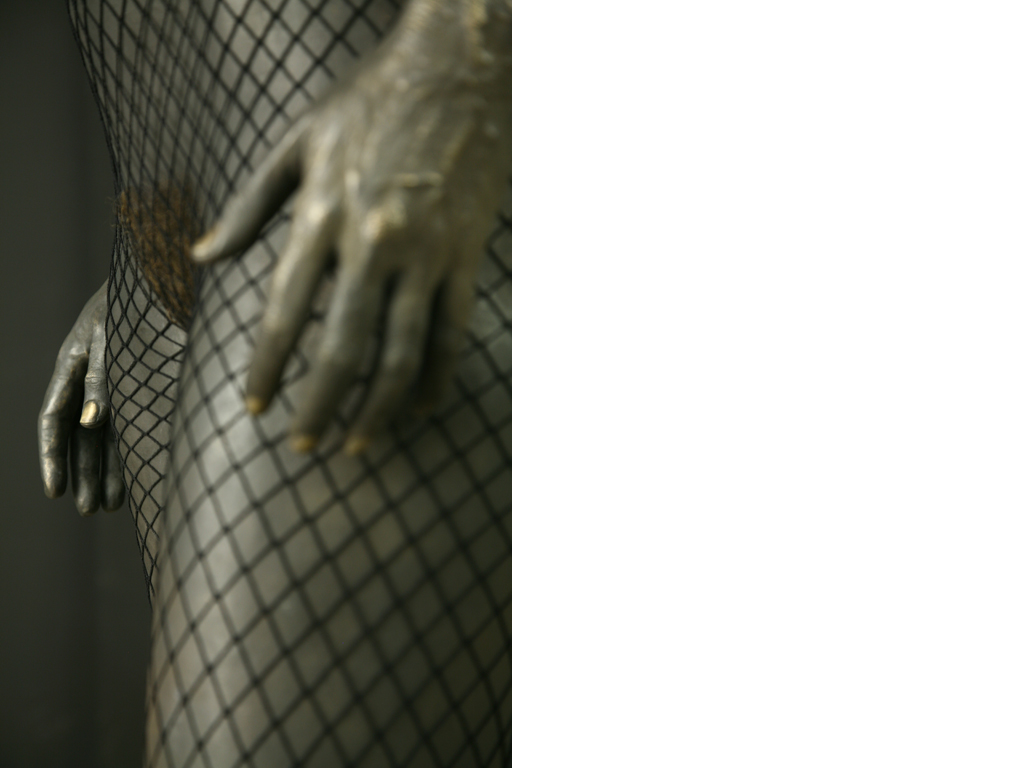 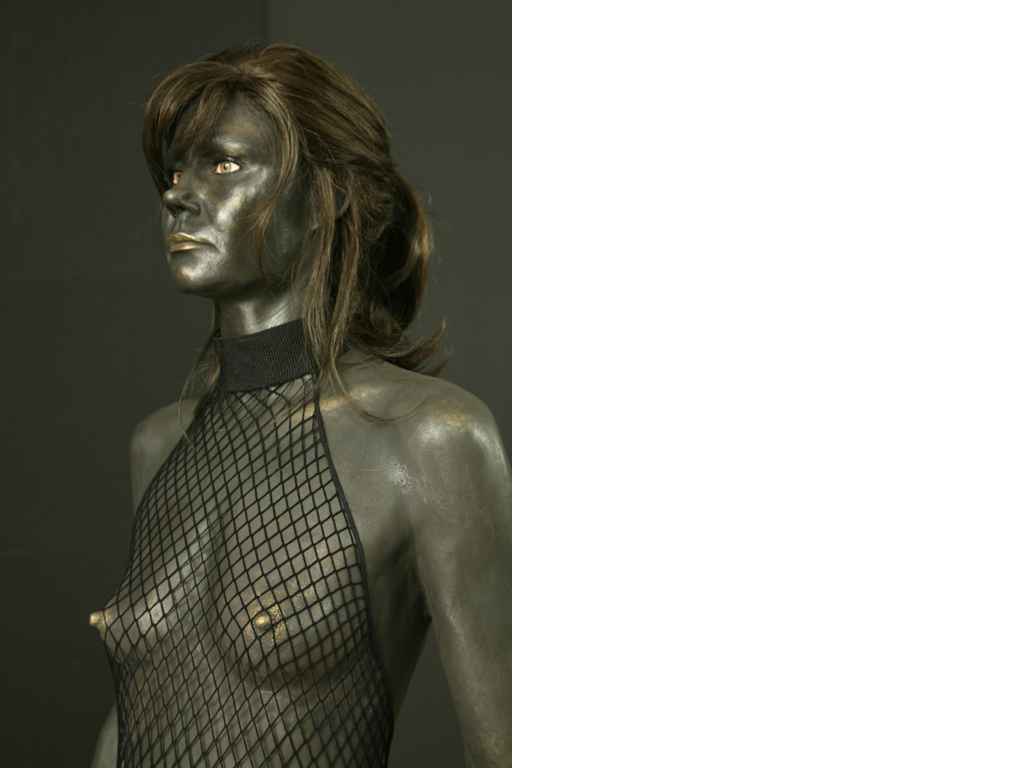 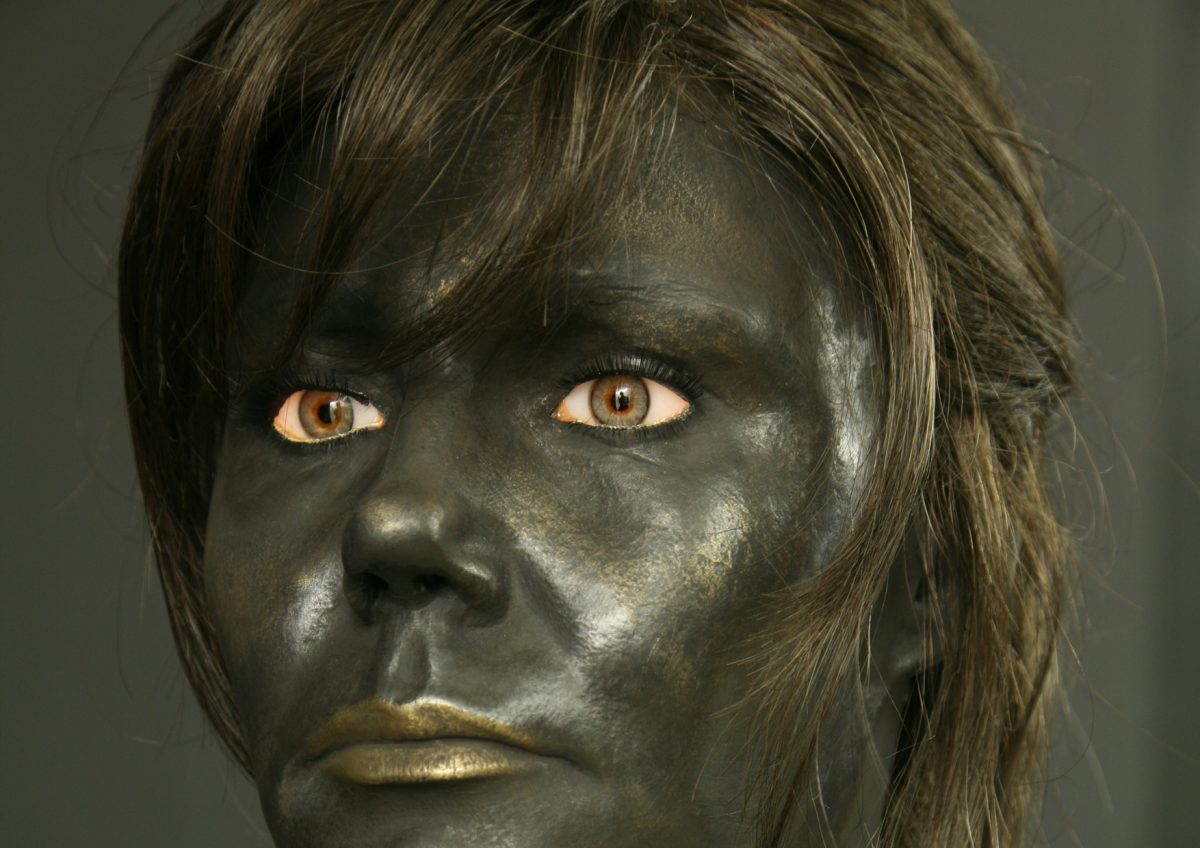 Drawing Down the Moon is a ritual from neo-pagan witchcraft traditions in which a high priestess functions as a medium through which the moon goddess is invoked, or “drawn down.” The patterns of the body suit refer to the net design of Early Neolithic figurines described in Marija Gimbutas’ Language of the Goddess (New York, 1989). The net was linked with aqua-cosmology, the life source, and birth of human, animal, and plant life and probably emphasizes the life-giving power of the Goddess. A body cast of the artist provided the mold for the hollow bronze statue. The artist sings an invocation of the moon goddess to be said while moon gazing.

Source
Evening Chant to the Goddess, from: Scott Cunningham, Wicca: A Guide for the Solitary Practitioner, Woodbury, 1999

This work has been shown at
Conflicting Tales, Burger Collection, Berlin, 2009
No Depression In Heaven, Galerie Arndt & Partner, Berlin, 2006